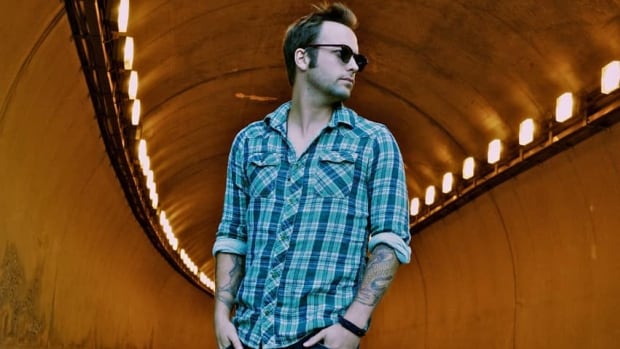 Thanks for taking the time to talk with me today!

You too man, appreciate it.

So my first question is what did you learn from touring with Florida Georgia Line recently?

Those guys are incredibly interactive with their fans, just their stage presence they’re like cartoon characters out there. I’ve learned a lot, just how to interact with the crowd and how they feed off of that, it’s fun to watch them do that.

I worked with Joey back in late ’99, so I’ve known Joey and worked with Joey for 15 years, I sort of worked with him when he was fresh out of recording school, so we have a long history together, and when I come into the studio I know what he’s expecting of me and vice versa and y’know, I just think the length of the relationship and how many times we’ve worked together, it really makes for a great working environment, and y’know, we make good music together apparently.

How much has your rock background affected your country music style?

It’s always gonna be there, I’m not gonna pretend to be something I’m not and come out and release a traditional country record. I have that background to me, I come across it naturally, and some of my favorite country artists out there, the guitars quite apparent in their music as well, so it’s just what I gravitate towards, a lot of the country rock stuff that’s going on.

So you’ve recently signed with Big Machine recently, do you plan to start American marketing with your new record (Lifted)?

I’m on Big Loud Mountain now, which is Joey Moi, Craig Wiseman and Seth England’s label, sort of the Big Loud Shirt building there, but yeah when we released the Tippin’ Point EP, “Tippin’ Point” got a lot of play on Sirius and some terrestrial radio, we did a bit of touring, did about 20 something dates near the end of last year with FGL in the U.S., did a bunch of festivals this year and next year we’ve been booked for three more, so yeah The Highway started playing “Wastin’ Gas”, the new single and we’ll be doing a lot of touring down there next year.

Who are your biggest musical influences?

That’s tough, I pull a little bit from everywhere. I grew up in a household with a lot of classic rock and a lot of country, and I’m not sure how old you are but I think a lot of us now, we grew up in houses with more than one genre of music, it was sort of, whatever great song was out there kinda made it to the house. So I pull from everywhere but I would say my first musical influences would be The Beatles and Zeppelin, that was sort of my first music while I was growing up, I had my parents record that I would just put on, and it was also what they played while I was growing up, so that was my first musical memories were those couple of bands.

“Wastin’ Gas” is obviously off to a great start at Canadian country radio, it must be nice to be so quickly embraced by that community.

Yeah I mean, I definitely have a home court advantage being Canadian myself, but they really supported the stuff from the band I used to be in (Default) so they know my voice well and when I released my debut country record (Jumped Right In) up here, right away they embraced it, so it’s good it’s continuing on with the support they’re showing me for the new stuff too.

That’s a tough one, it’s usually some of the newer stuff that I do, the title track off the new EP, “Lifted”, right now is one of my favorites, even the song “Heat Rises”, it’s not like anything I’ve ever recorded before, so it being fresh to my ears as well, those two songs are the ones I’m loving right now personally.

What are you most looking forward to about your upcoming tour with Charlie Worsham?

I met Charlie once, briefly in the studio and he seems like a great guy so I invited him along on some of the dates on my tour up in Canada on my headlining tour so I’m looking forward to watching him play every night, I mean I’ve heard he’s a massive talent and great live so I’m excited to see him myself and introduce the Canadian market to Charlie.

What are you listening to the most on your iPod right now?

Unfortunately I’m learning my own songs here (*laughs*) and getting cool with all the preps and the shows coming up so it’s been unfortunately it’s been my own stuff on my iPod lately.

WARNING: THE FOLLOWING HAS ABSOLUTELY NOTHING TO DO WITH MUSIC.

What have you thought of their play up until now?

It’s completely unexpected y’know, I thought that this year they would really struggle and might have some success on the backbone of Miller, but I think that Bonino and the way Vrbata has gelled with the Sedins, I think it’s a pretty big surprise, the jury’s still out for me, I’m don’t jump on or jump off bandwagons easily so it’ll be interesting to see. They played in a back-to-back so they played in Edmonton two nights ago (November 19th) and then played Anaheim at home last night (November 20th) and lost in a shootout. It’s going to be tough because that team, the way they’re built don’t play well against those California teams that play a bit bigger, so it’ll be interesting to see, I think the jury’s still out. What are your thoughts?

I’ve quite liked it, I didn’t think Bonino was going to be this good.

It’s a legit second line now, yeah I’m surprised by that. I think that the (Ryan) Kesler deal’s really worked out great, I mean getting him out of the locker room was a big win in its own, but to get a guy like Bonino to fill that spot, I mean, I think the team’s better with Kesler off it. It’s interesting, what’s your team, you a Canucks fan?

Okay, where you from?

Oh okay, s*** your close to me then. Yeah it’s interesting, I don’t know what this team is yet. Did you watch the game last night?

Like, when Anaheim went up 2-0, like you thought for sure that that would be it, that would be the game, but then all of the sudden it was just like this moment where I started getting a bunch of text messages and I started sending a bunch out, like what is this team, who are these guys, it’s crazy so yeah it’s gonna be cool, cool to watch. But yeah, I think when they start playing L.A.’s and Anaheim’s more and more and yeah, I think we’ll soon find out here.

That’s all I have so thanks for your time Dallas.

Previous Post: Chase Bryant Talks About His Journey to Nashville, Spotify, and Foot Racing with Brantley Gilbert
Next Post: Two Story Road at the Bluebird Cafe