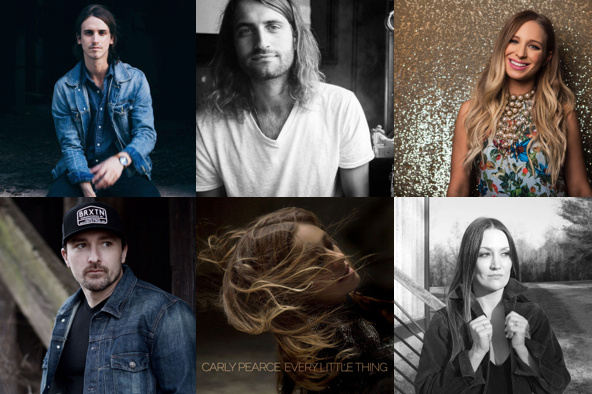 New year, new faces, new hits. We’ve chosen 17 artists that deserve a spot on your music radar in 2017 – some up-and-comers, some industry veterans, all on the verge of their big break, according to our team. (We’d like to think our track record has earned us some street cred: Brent Cobb, Aubrie Sellers, Steve Moakler and 4-time Grammy nominee Maren Morris all made our 2016 list.) Check out our fresh batch of highlighted artists below: 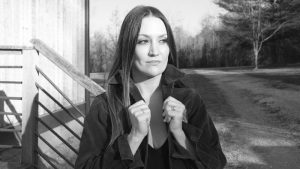 After racking up quite the list of cuts and cowrites, award-winning songwriter (“Automatic,” “Pontoon,” “White Liar”) Natalie Hemby is making her long-awaited transition from songwriter to artist. She’s homegrown and edgy at the same time, and her ethereal vocals stand out from the crowd. We’re anticipating plenty of critical acclaim in the coming months.

Sounds like: Sheryl Crow blended with a lighter Miranda Lambert/Maren Morris
Look out for: Her debut Puxico, out January 13, and supporting tour dates
Listen to: “Return” and “Lovers on Display” 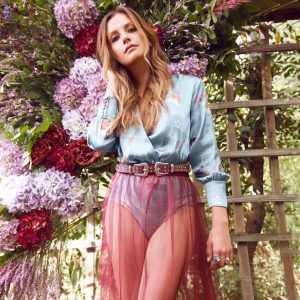 Pearce burst onto the scene with her stunning single “Every Little Thing,” and her simple, heartfelt songwriting takes center stage. She’s shaping up to be a strong up-and-coming female voice in the genre, and with producer Busbee (Maren Morris, Keith Urban) as a main collaborator, she’s practically destined for radio success.

Sounds like: A little Maren, a little Faith Hill, a little Karen Fairchild (Little Big Town)
Look out for: A follow-up project to her lead single and upcoming shows
Listen to: “Every Little Thing” 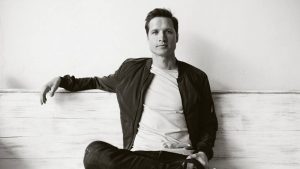 You’ll find Alabama-born Walker Hayes feeling pretty comfortable in the commercial country genre. His smooth voice blends a pop/country style with elements of hip-hop and R&B. He’s got a unique sound that makes his music hard to resist.

Sounds like: Billy Currington mixed with a little Sam Hunt and Megan Trainor
Look out for: Touring with Bobby Bones on the ‘Funny & Alone Stand Up Comedy Tour’ this spring.
Listen to: “Beautiful” and “You’re Happy” 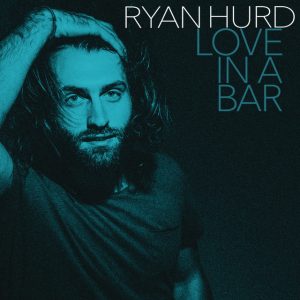 Michigan native Ryan Hurd can already be considered a successful songwriter. He co-wrote the Grammy and CMA nominated “Lonely Tonight” (Blake Shelton feat. Ashley Monroe) along with cuts that have been recorded by the likes of Tim McGraw, Rascal Flatts, and Darius Rucker. It’s the relatable stories he brings to life through the lyrics he writes that make his music stand apart from others.

Sounds like: A grittier Dierks Bentley
Look out for: On the road this spring opening for Maren Morris and Thomas Rhett
Listen to: “Love in a Bar” and “We Do Us” 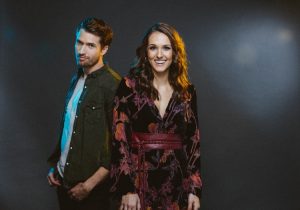 Sounds like: Early Little Big Town with a touch of rock
Look out for: Their “Opry at the Ryman” performance on January 7, and more upcoming shows
Listen to: “Hey Whiskey” 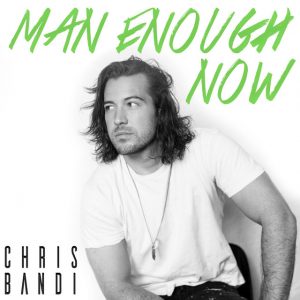 Despite being fairly new to Music City, Chris Bandi is surely making a name for himself in country music. His emotive debut single “Man Enough Now” was a smart choice for the newcomer, as it thoughtfully displays his songwriting ability and impressive vocals, effectively grabbing the attention of country fans. If the song is any indication of Bandi’s level of talent, we have high expectations of what’s to come from his future endeavors.

Sounds like: Sam Hunt with an extra side of country
Look out for: His live shows and debut EP, which we hope is due to be released soon!
Listen to: “Man Enough Now” 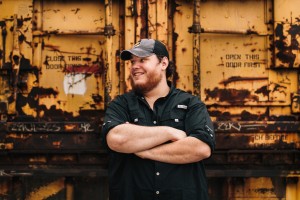 Luke Combs made a splash with his first single “Hurricane,” off his debut EP, This One’s for You. The song, much like his entire EP, is honest and earnest, exactly what country music fans yearn to hear. His sultry vocals and vulnerable lyrics elicited a devoted following and made fans eager to hear what else Combs has to offer.

Sounds like: Rock-infused, Daughtry-esque vocals with a melodic hint of Lady Antebellum
Look out for: Upcoming tour dates with Brantley Gilbert
Listen to: “Hurricane” and “Used to You” 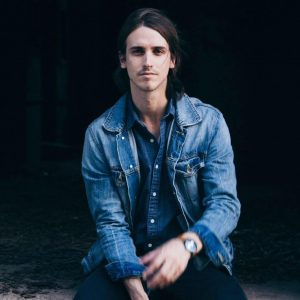 Texas native and Berklee graduate Cartwright already has a substantial collection of songs, including his 2015 self-titled album and his latest EP, Don’t Fade. His sound is genuine and his songwriting artistic – at this rate, we’ll likely hear plenty more from him in the future.

Sounds like: Eli Young Band with a singer-songwriter twist
Look out for: Upcoming live dates (including a show with fellow Texas artist Rob Baird)
Listen to: “Busted” and “Arkansas” 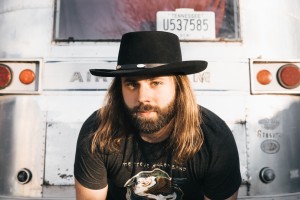 CJ Solar is what happens when a love for rock music meets strong Southern roots. It’s the perfect storm for some of the most exciting new music – and live shows – coming out of country.

Sounds like: Zac Brown meets the Foo Fighters
Look out for: His live shows – Solar has one of the most rocking sets in country
Listen to: “Just Another Day In The Country,” “New Radio” 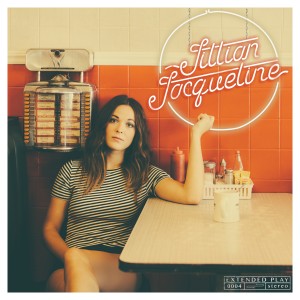 Jillian Jacqueline is a brilliant combination of introspective and fun-loving. Her solo music career had a huge boost last year when she was welcomed into the 2016 class of CMT Next Women of Country. With an effortlessly vintage and genuine sound, she’ll surely be bringing even more fans into her realm in 2017.

Sounds like: Kacey Musgraves/90s country hybrid
Look out for: Shows around Nashville at venues like The Basement and Mercy Lounge
Listen to: “Overdue” and “Prime” 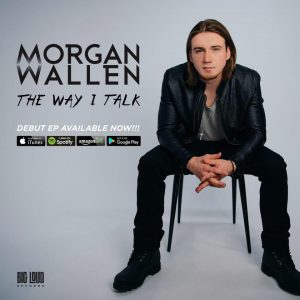 This native Tennessean has found great success with his first single “The Way I Talk.”  The Big Loud Records artist has an incredible 3 million streams on Spotify, and is in regular rotation on Sirius XM’s The Highway.  The single exudes pride in the southern drawl, and Wallen should be proud of the constant climb his debut song is taking. If you love traditional country music, Wallen’s twang is for you.

Sounds like: Jason Aldean, Jake Owen
Look out for: Live shows and radio promotion
Listen to: “The Way I Talk,” “Whiskey Glasses” 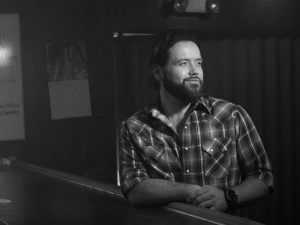 Mike Ryan is far from a new name for those well-versed in Texas country, but the artist’s smart writing and compelling vocals will continue to make a broad splash in 2017. Ryan’s sound is bold and strong, with vocals that impress on both emotive ballads and rocking uptempo tracks. 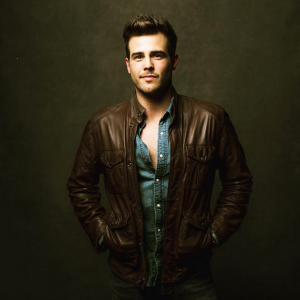 Native Tennessean Jackie Lee’s pleasing voice and soothing acoustic guitar sound make him an easy artist to enjoy right off the bat. His music is accessible without being cliché. In 2016, Jackie Lee released his third and fourth singles “Leave The Light On” and “Getting Over You.”

Sounds like: A chiller version of Rascal Flatts
Look out for: Midwestern tour dates in January
Listen to: “Getting Over You” and “Headphones” 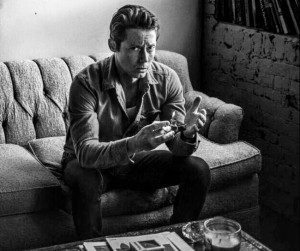 Introspective and retrospective, perceptive and empathetic. Brantley is an excellent thinker, and presents his thoughts in a voice rich with character. Brantley’s recent releases have been stripped and acoustic, allowing his raw vocal and contemplative lyrics to stand tall and strong.

Sounds like: Bruce Springsteen meets Tom Waits
Look out for: The follow-up to his EP Lo-Fi, titled Hi-Fi, due early in the year.
Listen to: “Hurt People,” “Half Mile Hill” 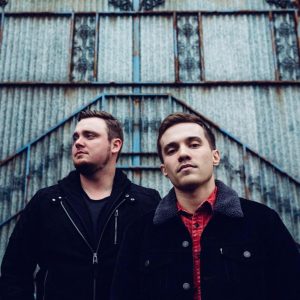 The Luke Laird-approved duo, comprised of Charlie Muncaster and Gary Stanton, is gritty and here to party on their “Shut Your Mouth” single, but recently showed a softer side with latest release “WD-40” – “Girl you know your love can fix anything / Like duct tape and WD-40.” With their totally radio-ready Southern rock sound, they could likely join contemporaries like Dan + Shay and High Valley as a successful hit-making duo.

Sounds like: Dan + Shay with a healthy dose of dirt and sweat
Look out for:  Tour dates with Luke Combs and Corey Smith
Listen to: “WD-40” 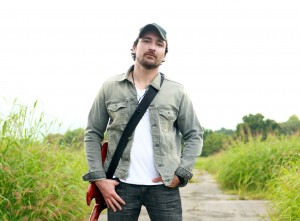 While showcasing his songwriting talent by penning tunes for artists such as Kip Moore, Eric Paslay, Brent Cobb, and more, Erik Dylan developed an avid fan following of his own. After his single “Pink Flamingos” struck a chord with fans, Dylan released his first full-length album: Heart of a Flatland Boy.

Sounds like: Kip Moore
Look out for: Live shows and tour dates with The Cadillac Three
Listen to: “Pink Flamingos” and “Willie Nelson T-Shirt” 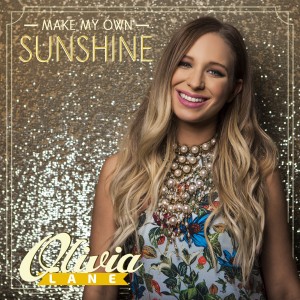 We’ve been proud supporters of Olivia Lane since her very first EP. Lane’s effervescent personality, incredible vocal ability, and positive outlook make her a great role model and artist. She recently released a deluxe version of her EP, and we’re looking forward to her debut full length album.

Sounds like: Kelsea Ballerini, Carrie Underwood
Look out for: Brand new music in the new year including a single hitting radio in March.
Listen to: “Make My Own Sunshine,” “Lightning,” “She Fits”

Find songs from all of these artists on our “17 for 17” Spotify playlist:

Previous Post: Guns, Beer, & A James Dean Cutout: Watch CJ Solar’s Video for “Just Another Day In The Country”
Next Post: Rascal Flatts’ “Yours If You Want It” is Feel-Good Fun