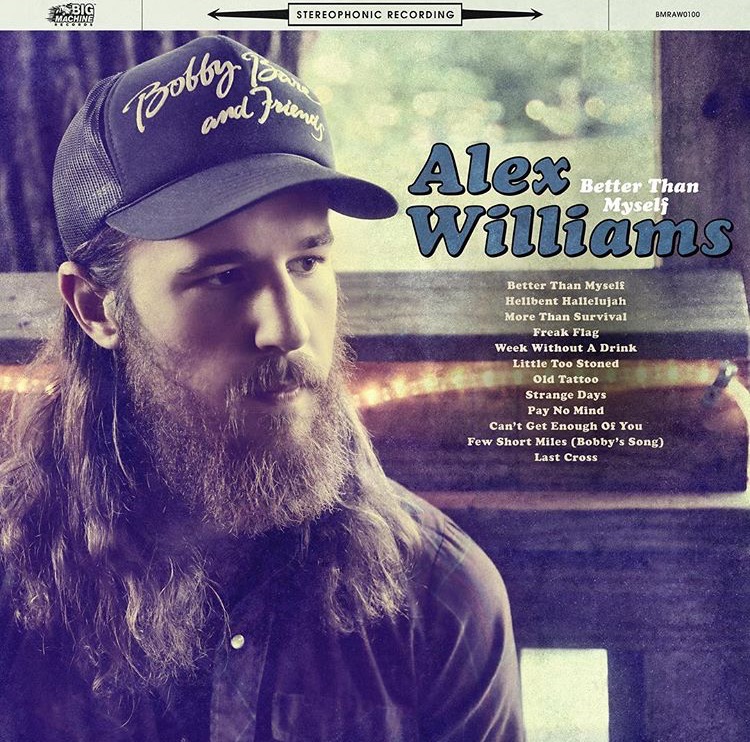 Haven’t heard of Alex Williams yet?  Well, be sure to put him on your must-listens list if you enjoy authentic country. His debut album titled Better Than Myself was released yesterday, and it’s definitely on the outlaw country spectrum, complete with heavy twang and exceptional storytelling. Rolling Stone Country listed Williams as one of their “26 Best Things We Saw” at the 2017 CMA Music Festival, and he’s already been out on the road with the likes of Lynyrd Skynyrd and Hank Williams, Jr.

The first two releases off Better Than Myself, “More Than Survival” and “A Little Too Stoned,” were great previews of what the album has to offer. Other standout tracks include “Old Tattoo,” a heartfelt ballad that reminisces about time spent with a lost loved one. On “Pay No Mind,” heavy finger-picking combines with insightful lyrics: “This world is full of schemers stealin’ souls and cuttin’ deals / They put up all them billboard signs that tell me hell is real, but I pay no mind, no my soul is fine.”  ” Can’t Get Enough Of You” will surely have crowds singing along at live shows, and “Freak Flag” offers advice on being yourself regardless of what others deem acceptable.

Perhaps the title track “Better Than Myself” best summarizes the vibe of the album, with Williams singing, “Truth be told in every note I play / Truth be told I don’t care what you say.”

Track Listing for Better Than Myself