Meet the Makers Behind “Altitude” 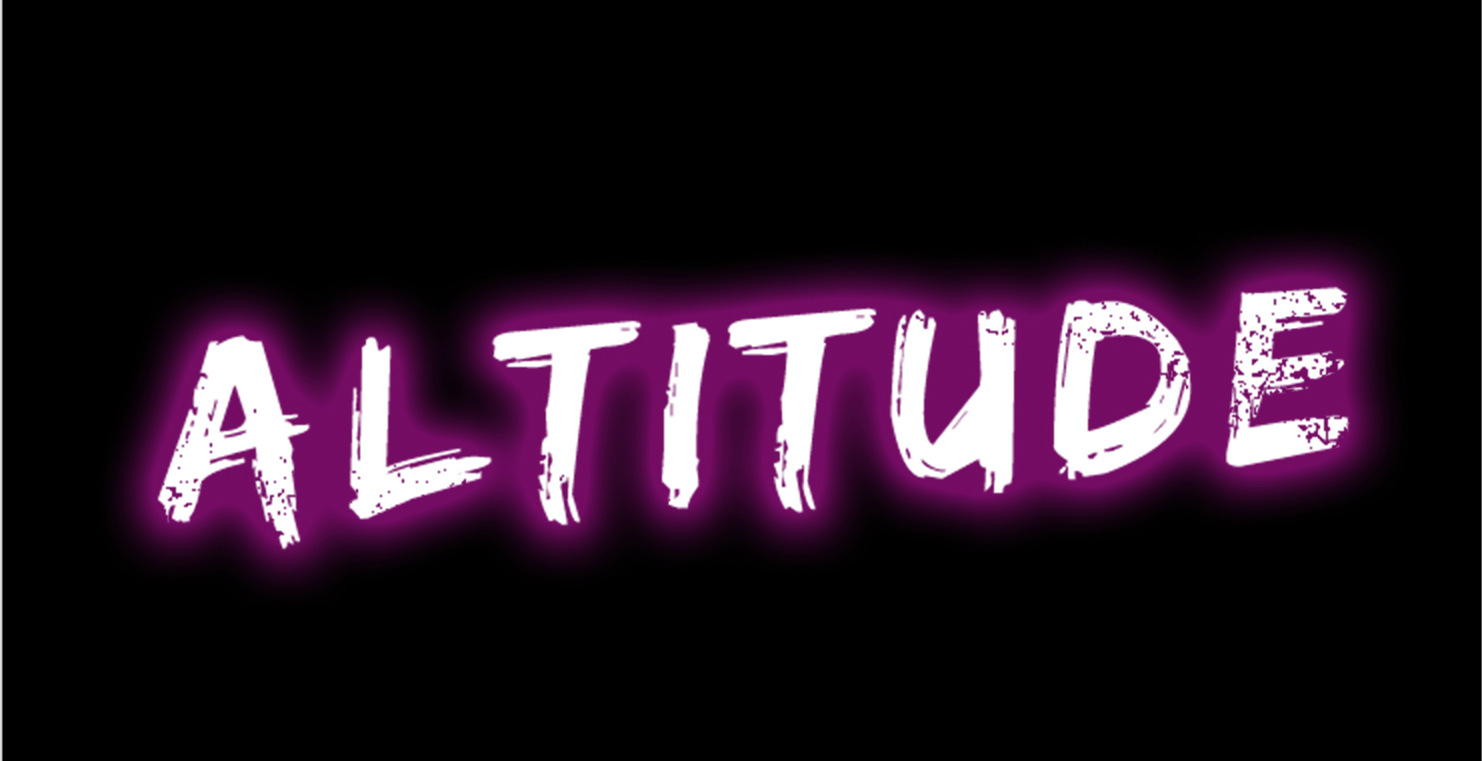 Earlier this week, we introduced you to the latest pop/country collaboration from Elias and Briana Tyson, “Altitude.”  Since its release this past Tuesday, iTunes has labeled the track as being ‘Ahead of The Curve.’  Characterized for its country-infused vocals and pop-flavored production, “Altitude” is undoubtedly bringing the country genre to places it’s never been before.

We had the opportunity to chat with Elias and Briana shortly after the release and wanted you to get to know the true talent behind this collaboration.

Let me start by saying congratulations!  We love “Altitude,” and are so excited for your career.  Tell us a little bit about yourself.  How did you get started in the music industry?

Elias: Thank you so much!  I am so pleased to hear all the great feedback so far.  Wasn’t really expecting to get such a great response.  I guess my love for music started because my dad pastored a church in Dallas, and before church every Sunday while he was rehearsing his sermon, I would go and play the drums. At 18, I started taking classical piano lessons because I thought it would help me to understand my music theory class a little better.  I wanted to be able to create the music and do so much more than just play it for fun.  So I moved to Florida to attend Full Sail University.  I began studying Recording Arts and learning how to Mix and Master music, along with taking some production classes.

Briana Tyson, an upcoming country singer/songwriter/powerhouse, is featured on “Altitude.”  What made you want to put a country artist on a rather pop sounding track?

Elias: Since Briana wrote the song with me, we figured she could at least sing the demo, and if it didn’t work we would find another singer.  But Briana’s voice is so versatile – and even though she will argue this – she sounds amazing on the track.  I feel like she really let the pop side of her voice come out on this, and it shows just how talented she is.  The girl can sing anything.  Pop, country, R&B, soul, she can nail it all.  Everyone who hears her can’t help but fall in love with her voice.  And I fell in love with much more than that. This has been such a fun process. I am honored to have her featured on this song!

Although the music industry has its highs and lows, Nashville seems to have its own genre.  How do you describe your music?  Do you typically stay within a certain genre(s)?

Elias: In all honesty, I just like to create good tracks, and after they are completed, they fall into whatever category they fit best in! Altitude is most definitely a pop track, but I have produced Hip-Hop, R&B, Christian, EDM, Latin, and have even been trying my hand at Country music.  So I would describe my music as diverse and versatile.  I really just feel whatever beat I’m working on, and try and make it as best as I can.  I couldn’t really pick a single genre.  I just like making good music!

What brought you to Nashville?  In your journey, have you had any memorable experiences thus far?

Elias: After college, I knew I had to plug myself into a musical town.  After visiting LA I knew it wasn’t the right fit for me – too much city.  And that also took NYC and Miami out of the picture almost immediately.  I still like things a little southern like how my hometown of Dallas, Texas is a perfect mix between the city and country.  So I decided to check out Nashville and soon realized it was the perfect place to start my career and learn more about the music industry.  I’ve had quite a few really memorable experiences since I have been here.

My first week in town I actually ran into Keith Urban as he was warming up outside Starstruck Studios, a big studio on Music Row owned by Reba McEntire.  He was very humble and polite!  It was an awesome ‘Welcome to Nashville’ surprise.  Also, I had the privilege of being able to use Starstruck studio to mix this song.  I interned there for 9 months, and met some really talented engineers who helped me through this process, including Todd Tidwell who co-engineered this single with me.  It was awesome walking into my internship every day to see that some pretty big names like Kelly Clarkson, Danielle Bradberry and Blake Shelton would be working on projects there that day!  Even cooler being able to say I did a project there! 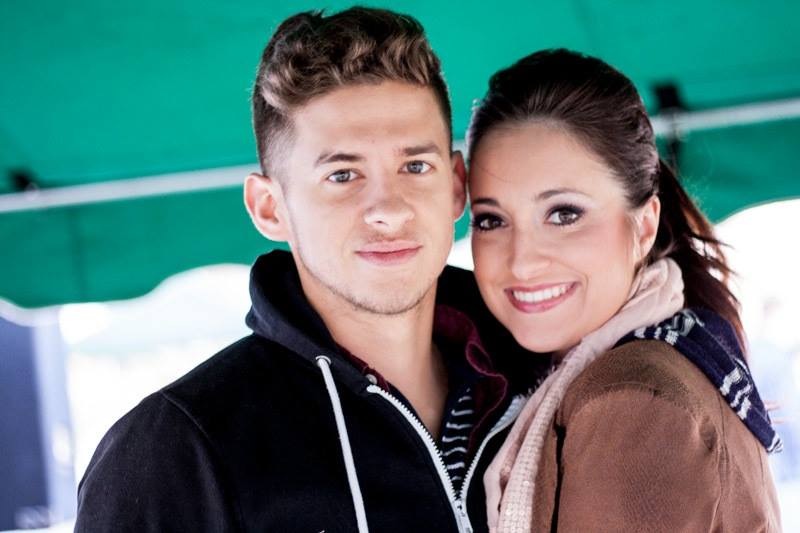 Tell us a little bit about “Altitude” – what inspired this song, can you describe the writing process?

Elias: Honestly, the inspiration came from the track itself.  I had this track I was working on and Bri really loved it, so we started experimenting.  It really evolved over time.  We had a completely different verse and hook melody starting off, but after a couple sessions, we came up with “Altitude.”  We wanted to find a really interesting way to describe falling for someone, and losing altitude seems like something nobody ever really used before!  The process was pretty fun, just reminiscing and talking about how we felt in the early stages of our relationship.  It seemed to come quite easily after we nailed down the direction.  It was one of those songs that just felt real.  We are both really proud of it.

How did you both team-up for this track?  What was that collaboration like?

Elias: Well actually, we have been dating for almost a year now, and one night we just decided to try and write a song to a track I had been working on.  The collaboration was a blast because we both got to take ourselves back to the place we were in when we first started falling in love.  The song has a little bit of our love story in it, as well as a touch of our creative lyrical sides.  It was fun being able to work with each other for the first time.  We had no idea it would turn into such a big release!

Briana, how did you get started in the industry?

Briana: Well I have been singing as long as I can remember!  But my career I guess started when I took my first trip to Nashville at age 13.  I got plugged in with a management company, and started writing songs with Liz Rose, Nathan Chapman, Natalie Hemby, Tommy Lee James, and a bunch of other Nashville A-listers.  I just fell in love with the city and everyone in it.  After coming back and forth for a few years, my amazing family decided it was time to move from Orange County, California out to Music City so I could try my hand at this whole thing for real.  Been here ever since, writing, playing out, recording, and trying to make a name for myself.  I have gotten some great opportunities such as being the opening act for Vince Gill last year, co-producing and writing my first album, getting to write with even more stellar writers, and just living the life that most dream of. I can’t wait to see what the future holds!

Who are some of your musical influences?  Who do you each look up to in the industry?

Briana: My musical influences are ridiculously varied!  I love Wynonna Judd, but I am also obsessed with Celine Dion.  Keith Urban is my jam, but I am obsessed with John Mayer.  Songwriting wise, Gordie Sampson is my favorite writer.  His writing style is incredible!  I have a lot of other influences too.  It’s so hard to pick influences sometimes because I feel like so many people have contributed to the sound I have today. So many people are to thank for my inspirations, there isn’t enough space to write them all down!

Elias: I have so many they wouldn’t even fit onto an entire page, but some artists that have really impacted my life and my style are Boyz ll Men, Justin Timberlake, Marcos Witt, John Mayer, Allen Stone, Sam Smith, and Coldplay.  There have also been a few producers who stand out to me and really inspire me in the production world.  Benny Blanco, Pharell, Benny Benassi, Timbaland and Max Martin would be my top picks.

Elias: I would love to be able to work on music any time and any place with no politics involved, being able to continue to express myself through my music since it’s been such a huge part of my life.  In 10 years I would love to be well known as a versatile producer/songwriter.

Briana: That is a tough one.  Everyone always says “I want to be a superstar” or “I want to be famous” but honestly my dream isn’t either of those.  I want to make a difference with my songs.  I want to change lives and heal the souls of as many people I can possibly reach.  I want to make a great living doing what I love, writing and singing my songs for the rest of my life.  That would be absolute success in my book.

Previous Post: Jillian Jacqueline’s “Overdue” Is A Breath of Fresh Air
Next Post: Sturgill Simpson Stuns With Bizarre “Turtles All The Way Down”