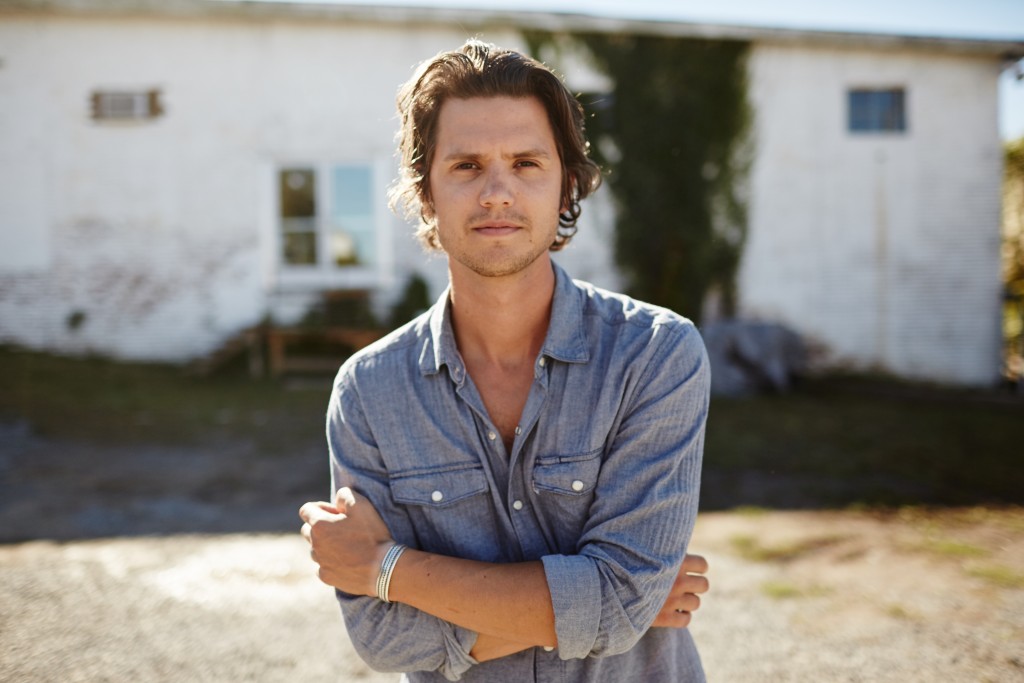 Although he is not new to the Nashville music scene, Pennsylvania native Steve Moakler may be new on your country music radar. Speaking to us by phone from Nashville, Moakler shared his world of songwriting and finally embracing the country music genre as his own. Moakler learned to play the guitar and began writing songs at age fourteen; sure of his dreams, he decided to move to Music City after high school.

When chatting with him about the changes taken place over the past “almost” decade that he has been living in Nashville he tells us, “I can only speak from my own perspective. However, I feel it is becoming even more of a melting pot of genres.” While Nashville has accepted so many different genres into its music family, it seems that country music itself has adapted over the years as well. “Since I’ve gotten here country music has specifically expanded in itself a lot,” he explains. “I feel like there are a lot of new trails breaking off of the genre going towards hip hop then going towards really traditional country and then even pop rock influence.”

Wrestling with the idea of “what is country music” and where he currently lands in the grand scheme of it all, Moakler tells us that his music has always had a twinge of the lyrical drive that forms country songs. Releasing three albums prior to his most recent self titled EP, this was the first decisive country project. “This one we decided, let’s embrace it fully and be fearless about it,” he says. “It just feels the most natural to me.” As a co-writer on Dierks Bentley’s single “Riser” he had the opportunity to work with Travis Meadows. “Travis is a gem, he is a one of a kind person and writer and anyone will tell you that there is not anyone else like him,” he says. Meadows came in to the write with the idea to write a song about surviving and Moakler admits that he did not think he had been through enough in his life to attempt such a topic. “I do not want to tell his story but he has survived a lot he has been through a lot of hard things,” he says, “and for me, I have failed algebra a few times, had a few heartbreaks so my struggles haven’t compared to his. But he assured me that he saw optimism in me and he felt like he needed that for the song.”

Moakler’s first single off of this EP is “Suitcase,” and although he was not a co-writer he explained to us that he thoroughly lived out the song and its meaning during his first year of marriage. “Three years ago my wife and I went out on this trip in a 1972 Winnebago camper and we just toured the country,” he laughs. “She quit the job that she hated and I was just playing music in backyards and we were kind of doing this gypsy adventure; it was one of the coolest things I’ve ever been a part of.”  The Thomas Rhett / Luke Laird / Barry Dean co-write ended up being a soundtrack to their road trip around the country.

“I’d be fine watching you watch the sun go down / With your head on my chest and a blanket on the ground / Cause everybody wants to chase the rainbow and find a pot of gold / Hoping there’s a suitcase full of money / But all I want is you, honey.”

We joked about how those close quarters of a twin bed on a Winnebago really can test a relationship; however, he promised that they came out still in love and that he learned so much about the simple things in life. “I do feel like I lived the song and I hope to keep living it,” he says, speaking lovingly of his wife. “To me it is definitely how I want to see the world and she brings that out in me.”

Luke Laird was responsible for producing his self-titled EP.  When discussing Laird and the impact he has had on him, Moakler says, “He is so creative and he has such a laid back style of leadership. He has a loose grip on everything and he encourages and lifts up everybody around him and that is his way of bringing out the best in people.” Pulling from what is unique about each artist he works with, he has gained respect through cultivating true self discovery in the record making process. Both Moakler and Laird are natives of western Pennslyvania and feel that they are cut from the same fabric and connect on a special level.

Enthusiatic to share the EP with his fans, Moakler sets on out on the “Suitcase Tour” at the end of this month. Leaving a few surprises for his fans, he wants them to expect a full band show filled with new and old songs. “I love playing live because my goal every night is to break down that invisible wall between the band and the audience and just have us feel like we are totally in unison and we are all getting swept away in he moment,” he says. “I want the fans to feel known, connected and set free in a way.”