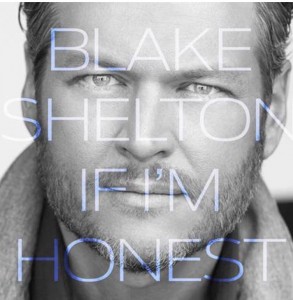 Blake Shelton has released his highly anticipated 10th studio album If I’m Honest, produced by Scott Hendricks. It’s a perfectly titled autobiographical album that has Shelton reflecting on the last year or so of his life. One listen to the album and it’s clear that he certainly didn’t shy away from sharing his personal experiences, perhaps most notably his recent divorce from Miranda Lambert and current relationship with Gwen Stefani, while making it. He tells People Magazine, “As a country artist, I’m supposed to sing about things I’ve experienced, and the album is basically a timeline of the last 12 months of my life and pretty much how it went from the downs back to the up. I just felt like I was in an awesome spot because of the fact that I get to make records as a recording artist to share my story with everybody.”

Shelton had people buzzing after a recent performance of  “She’s Got a Way With Words” Live on the Honda Stage at the iHeartRadio Theater in Los Angeles. It’s the second track on the album and was written by Marc Beeson, Andrew Albert and Wyatt Earp. The song is the perfect take on the story of a “scorned lover.”  Shelton tells People Magazine, “I know at least a year and a half I’ve had that song on hold…it’s country music, and you gotta have some good pissed off, cheatin’ songs.”

If I’m Honest definitely has its classic Blake Shelton standard country tunes such as “Straight Outta Cold Beer,” “Doing It To Country” and “Green” but it does settle into some tracks of substance.  By track three, “Bet You Still Think of Me,” and track four, “Every Time I Hear That Song,” you’ve quickly crashed into the heavier emotions of heartache, love lost, and the time spent remembering the good and bad in a relationship. Shelton sings, “I don’t know what it is about a goodbye kiss that makes you wanna stay, we were crazy then we were over, we were breaking up, making love, a runaway roller coaster.”

Track five, “Came Here To Forget,” the first single released off the album, and track six, “Every Goodbye,” take a look at what happens when two people in similar situations are looking to forget their heartache and the prospect of coming out on the other side with a new start.

And try moving on together, together / I could kill the pain that you’ve been in / You can be my heartbreak medicine / Proof that even dark clouds have a silver lining”

Shelton recently told ET Online, “I mean, it doesn’t take, you know, a rocket scientist. If you have followed my career even a little bit in my life, you know what has happened with me in the last, gosh, eight or nine months. It is all on the record. Some has been bad, and some that’s been pretty good. I’m doing what I’m supposed to do, and that’s put all I’ve gone through and put it into music, and I never felt more connected to a record before. When people hear this record, they may not know what happened to me, but they’re gonna know how I felt about it. And that’s exciting for me, to just lay it out there for people.”

One of only three songs co-written by Shelton on the project is a duet with girlfriend Gwen Stefani, “Go Ahead and Break My Heart.”  The country star/pop star pairing makes the song work. Describing the collaboration, Shelton says, “She and I sat down and wrote this song about some serious insecurities that we had when we first started down this road with each other, and we both had trust issues. We were getting over it, but we wrote this song about it. And it’s perfect. I couldn’t be happier about that song and the way it came about and the honest way … It is like people getting a look at something personal for the first time.”

Listening to track 14, “You Can’t Make This Up,” one can’t help but imagine the dynamics of  Shelton and Stefani first entering into a romantic relationship and heading out into the spotlight as a couple. Lyrics like “No we never meant to start falling in love, ah man, you can’t make this up” leave the listener to draw their own conclusions about the initial attraction between the two.

Perhaps the most honest cut off the album is track 15, “Savior’s Shadow,” co- written by Shelton, Jessi Alexander and Jon Randall. Shelton says the idea for the song came to him in a dream and he even tweeted about it last summer, saying “it’s a gospel song close to my heart.”

If I’m Honest will have you both smiling and crying with its personal breakup/makeup songs and a few of Shelton’s signature quirky songs.  Bottom line is that Shelton makes the album work with relatable songs that most likely will pave the way for more than a few radio hits.

3. “Bet You Still Think of Me” (Park Chisolm, Mark Irwin)

14. “You Can’t Make This Up” (Gorley, Zach Crowell, Rodney Clawson)