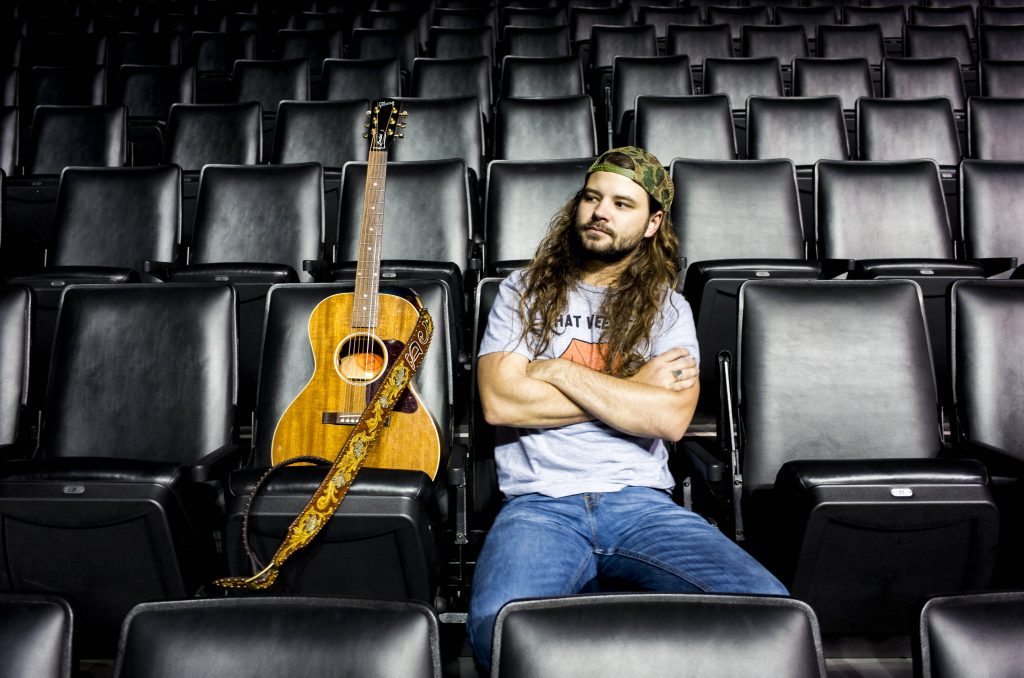 If 2016’s Shine On Rainy Day served as Cobb’s debut sold-out show of sorts – earning a 2017 Grammy nomination, among other awards and plenty of critical acclaim – Providence Canyon, out last month, details what happens after the house lights come on and the bus rolls along to the next tour stop until returning home after many months and endless miles.

This LP is an authentic commentary on life on the road – mostly written while Cobb was on tour – and its core identity comes from the everyday realities of Cobb’s life, much like his debut album. “I’m sure I could write from another person’s perspective, but I made an intentional decision to write my own story – hopefully in a way that would be interesting to listen to,” he says, citing Mark Twain’s tales of Tom Sawyer and Huckleberry Finn as prime examples of writing that begs its audience to join in the adventure.

Cobb combated his heavy show schedule by bringing Music Row to him: frequent collaborators (including Adam Hood, Neal Medley, Scotch Taylor, and Aaron Raitiere) came out to write during strings of tour dates, which gave the songs a natural tie to the road and a raw, casual spirit. “We’re really able to read one another’s emotions – there was a direction, a feeling of family, and some of the most hilarious writing times,” Cobb recalls. “It felt really good to start a song in one state and finish it in another.”

While many tracks were written on the road, the title track was actually resurrected from Cobb’s catalog, and ultimately helps to anchor his funk-rock explorations in the tried-and-true themes and strong lyricism that form his artistic core. “Providence Canyon” was revived from its half-finished state, written several years before and nearly added to his debut LP before Cobb and his producer-cousin Dave (Chris Stapleton, Jason Isbell, Lori McKenna, Anderson East) shelved it for the time being.

Here, as the album’s lead track, “Providence Canyon” serves as a gentle reintroduction to Cobb’s world, detailing the clarity and comfort of the home he’s leaving behind. Yes, the canyon is a real place – a state park near Cobb’s hometown of Ellaville, Georgia – that coincidentally holds sentimental value for Brent, Dave, and both of their families. But when he then considered the literal definition of the word “providence” (the protective care of God or of nature as a spiritual power), Cobb says the song took on an entirely new meaning. “This whole album is about trying to get back to that place,” he says, suggesting that the canyon serves as both a physical landmark and a spiritual state.

The album unfolds to reveal a handful of surprisingly rambunctious tracks – “Morning’s Gonna Come,” “Sucker For A Good Time,” “If I Don’t See Ya,” and “.30-06” – whose prominent country-funk instrumentations beg for a six pack and a campfire. Their lyrics, however, give subtle hints at the consequences that can arise from too much of a good thing, showcasing Cobb’s trademark technique of infusing wisdom and emotion into songs where you’d least expect it. (For example, “If I Don’t See Ya”‘s rolling verses boast hidden gems like these: “I keep laundry list of troubles / And an ailment for the cure / Got a junkyard full of questions / I don’t need answerin’ no more.”)

For every good-time song, Cobb offers a heartfelt, sentimental track, like “King of Alabama,” a moving tribute to a fellow songwriter Wayne Mills, who was murdered on Broadway in Nashville several years ago, or the gentle “Lorene.” The latter was the first song Cobb ever wrote by himself when he moved to Nashville 12 years ago, and it paints a reassuring picture of small-town permanence and purity. (Cobb sings: “Cotton in the field, it ain’t goin’ nowhere / That property line is stubborn as your name / Corn in the kettle, it will always be there / And you know old town square has always looked the same.“) The song and its characters seems to help Cobb fight off the demons he tackles throughout the project – most notably on the self-aware “Come Home Soon,” which finds him nearly losing touch with himself and his family in the midst of the distractions and temptations of the road.

As a whole, the album feels complete and all-encompassing – he weaves conflicts and resolutions throughout, in a way so candid and open that the listener feels immediately welcomed to accompany Cobb through his trials and tribulations while perhaps learning to face their own. The LP’s narrative structure was intentional, and Cobb says he had more of a hand in the sequencing of Providence Canyon than he did on his debut. “I knew all the songs were cut from a similar cloth, if not the same cloth, and I wanted people to listen to [Providence Canyon] top to bottom,” he says.

The closing track (and lead single) offers some of the most prominent funk influences, and thus comes across as the album’s most celebratory song. “‘Ain’t A Road Too Long’ is like the credits rolling,” Cobb says. The song sends listeners off on a high note, as if Cobb has emerged victorious on the other side, ready to take on whatever comes next.

Providence Canyon
King of Alabama
Mornin’s Gonna Come
Come Home Soon
Sucker for a Good Time
High in the Country
If I Don’t See Ya
.30-06
Lorene
When the Dust Settles
Ain’t A Road Too Long