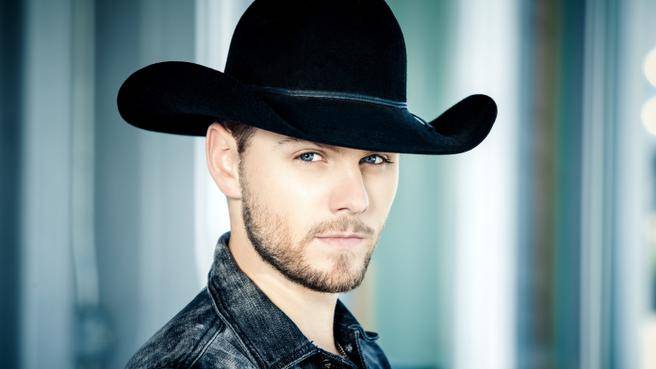 In a scene full of rising Canadian talent, Brett Kissel may be leading the way. With a fresh new album set for release, a hit single climbing the charts, and a wave of momentum on his side, we may soon be seeing him as the leading face of Canadian country music.

With a new album on the way (out December 8), Kissel promises to deliver even more in the way of quality. He describes the forthcoming project We Were That Song as “extremely different than anything I’ve ever done … And I also think it’s a whole lot better.” He added that with more experience, he’s been able to write and sing better songs.

The album was pegged as a diverse collection from the 27-year-old star: “I wanted to make sure that on this record I had something for traditional country fans … If you’re a rockin’ country fan there’s something for them … Then if you like your pop-country, then I’ve got those songs … You like family songs, I wrote some for my daughter, you like love songs, I wrote a bunch for my wife. It’s like an extremely chaotic, random, diverse, yet very special project.”

Regarding today’s music scene, Kissel outlined his audience’s wide range of listening habits: “They’ll go from listening to Brett Kissel, to Alan Jackson, to Johnny Cash, to Rihanna, to Bieber, to the Weeknd, to the Eagles, then to Frank Sinatra, then back to Brett Kissel again.”

The project – Kissel’s seventh – was carefully crafted with the live setting in mind. “Nothing is more exciting me to me than getting up on stage, it’s my favorite part of this business,” the Alberta native said. He selected and recorded that songs that “would have that energy, that smile, that feeling you can only get when you’re on the stage or in the crowd watching.”

When asked about why he chose the title-track as the lead single, Kissel praised it as having a “great vibe, great lyrics, great vibe, great performance, great music.” He chose to name the album after the memorable track because of the doors its opened for him in his career.

When describing career-shifting records, it would be difficult to ignore Kissel’s heart-wrenching, “I Didn’t Fall In Love With Your Hair.” Kissel described it as “the most important song I’ve ever recorded, just because of the message. It’s had an impact not just across Canada, but across the world.” He cites the many occasions on which he’s received fan messages about the song being played at funerals or memorials.

As far as a plan to further his success south of the border? Kissel will let the music speak for itself: “I’ll keep doing my music the way I’ve been doing it, in hopes that we can get some traction in the United States simply because it’s a bigger market,” he stated, adding “I don’t think I’m really going to change the way that I write in order to cater to our neighbors down south.”

Having had the opportunity to tour alongside back-to-back CMA Entertainer of the Year, Garth Brooks, Kissel had nothing but fond words for the experience. He called the tour “the best thing for me as entertainer,” comparing it to “a hockey player getting to shadow Wayne Gretzky.” “There’ll never be another Garth, but if I can be a hundredth or a thousandth of what Garth is, then I’ll be a happy man,” Kissel says.

Kissel lists Brooks as his single biggest influence within the genre. “He’s such a great entertainer, with such a diverse body of work … [Garth] can do it all,” he says. Outside the realm of country music, he listed The Eagles as a primary source of inspiration: “No matter how far I get in this business, I’ll always have more room to practice because I’ll never be as good as The Eagles,” Kissel added.

Where Kissel was influenced by Garth and The Eagles, there are newcomers who may be looking to model his own work. When asked about the upcoming wave of fresh Canadian artists, he listed Dan Davidson, Meghan Patrick, and the James Barker Band as highlights, among others. “Canada has a wealth of new talent that is just unprecedented, I don’t think we’ve seen talent like this in any generation of Canadian country music.”

The young performer doesn’t just shine on the stage, but in the community as well. Having recently performed at the renowned WE Day concert, Kissel said that it was always something he wanted to be involved in.

“When I finally got the opportunity to perform and all that, the Kielburgers, Mark and Craig, invited me to come out – my first one was in Calgary – I was over the moon, getting the opportunity to be involved in such an impressive show, yet with such an important meaning, inspiring next generation.” Kissel added that empowering youth in Canada and across the world is a cause close to his heart.

Beyond his work with WE Day, Kissel has partnered with an organization entitled ‘Youth With a Mission,’ a group dedicated to building houses in Mexico under a branch by the name of ‘Homes for Hope,’ Kissel got involved through his friend Brett Wilson, who he described as having “one of the biggest hearts of anyone I have ever met.” He went on to say that “partnering with Youth With a Mission is something really special”, and described it as “one of the most rewarding experiences I’ve ever been a part of.”

Kissel’s passion for music – evidently – runs deep. When asked what sparked his passion, he said that “there was never a moment where I didn’t think this is what I was gonna do. I never had another job, never had another passion, all I ever wanted to do was play music.”

You can buy Brett Kissel’s ‘We Were That Song’ on December 8th, 2017, in-store and on iTunes. You can stream Brett’s music on Spotify below.