“Altitude” – A Pop/Country Collaboration Taking The Genre To New Heights 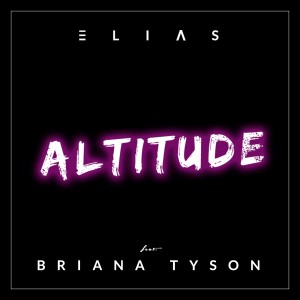 Now available for purchase on iTunes

Somewhere between a Katy Perry influenced groove and a Country-meets-Pop performance, lies “Altitude.”  This debut release from rising Avicii-esque producer Elias and upcoming singer/songwriter Briana Tyson feels comfortable, fresh, and so good that this song could fit in almost any genre.

The way Bruno Mars’ “Treasure” feels equal parts 70’s throwback and 2014 authenticity, “Altitude” has the perfect combination of originality and multi-genre influences to feel like the rest of the music industry has some catching up to do.  Elias and Tyson collaborate on the track as writers and artists, and the fusion between genres is definitely evident.  Thus, the reason iTunes has labeled the just-released track as being ‘Ahead of The Curve.’

That indescribable rush of new love sets the scenario for this pop-country collaboration.  Tyson sings, “I can’t remember half my scars but that’s all right.”  Although the beat may be labeled as pop, the impeccable quality of these lyrics is definitely something you would only find in country music.

As obvious by the mixture of tracks on his SoundCloud page, Elias has dabbled in a variety of genres, such as, Hip-Hop, Dance, Christian, and R&B, just to name a few.  Although “Altitude” is his first release, we do not expect it to be his last.  Tyson is no stranger to the Nashville music scene either.  A powerhouse Country singer/songwriter in her own right, Tyson has released her debut EP Back To Me in 2012.  Since then, she is continuously a prominent figure in the Nashville music community, having been an opening act for Vince Gill, Craig Morgan, Blake Shelton, etc.

Always difficult to find the balance between past influences while evolving music to a new generation, we feel that Elias and Tyson accomplished the impossible with this song.  Undoubtedly, this tracks is one of the best we’ve heard coming out of the Nashville scene.

Previous Post: Need Help at the Bar this Weekend? Jon Pardi’s Pickup Line Generator Has Got You Covered
Next Post: Mid-Year Recap: The Best Albums of 2014 So Far