Brooke Eden Has Us “American Dreamin” 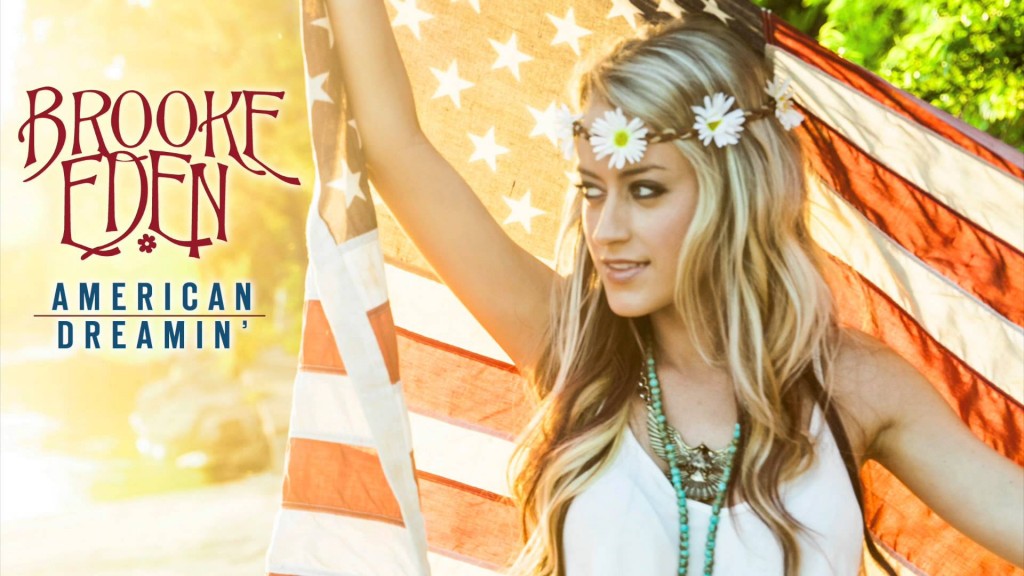 Remember that nostalgic feeling of discovering amazing new artists on the radio?  That is exactly what Sirius XM’s The Highway is trying to do.  While stuck in traffic on an otherwise ordinary day, I was flipping through my XM radio channels when I found Brooke Eden’s “American Dreamin” on The Highway and was instantaneously singing along to one of the catchiest songs I’ve heard this year.

Eden’s “American Dreamin” is the rare type of song that makes anyone, at any point in their life, keep looking up, keep dreaming, and realize that we all are in the same boat together.  Although there have been a countless number of up-tempo life songs that tie in the theme of chasing your dreams no matter how scary that may be, this song truly empowers you to do that and more.  The perfect combination of melody, rhythm, and lyrics makes this an obvious standout for a debut single.  Tying in such symbolism of American themes with a modern twist make this an irresistible windows-down/feet-on-the-dash/summer-sunshine anthem.  On the opening verse Eden sings, “I’ve always been the girl with stars in her eyes/Now they’re sayin’ there’s a hole in my apple pie sky/But I just keep looking up/They say we’re slippin’ down that slippery slope/Hard to hold on to faith when you’re losing hope/But I ain’t giving in to giving up.”  Memorable lines include a moment in the chorus where Eden points out “But it’s the same blood, we’re all bleeding/We all are still looking for something to believe in/Ya’ll it’s called American Dreamin.”

Eden even tried her hand at reality fame with America Idol.  However, this hit-worthy song is more than enough to make her a leading fresh face in the country scene.  From the opening lyric, it is obvious that Eden had a hand in writing this, alongside co-writers Sherrie Austin and Will Rambeaux.  Her raw authenticity is unmistakable in her vocal belts and gritty riffs scattered within the track.  That distinct emotion embedded in the lyrics cannot be faked.  It is so evident that this girl can actually sing.  Undoubtedly, “American Dreamin” feels like the perfect uplifting, catchy, memorable up-tempo by a rising female artist to launch a solid foundation for a long career to come.

Previous Post: Take a Drive Along the “County Line” With High Valley
Next Post: Tyler Filmore and John Gurney Have “The Recipe” You Need