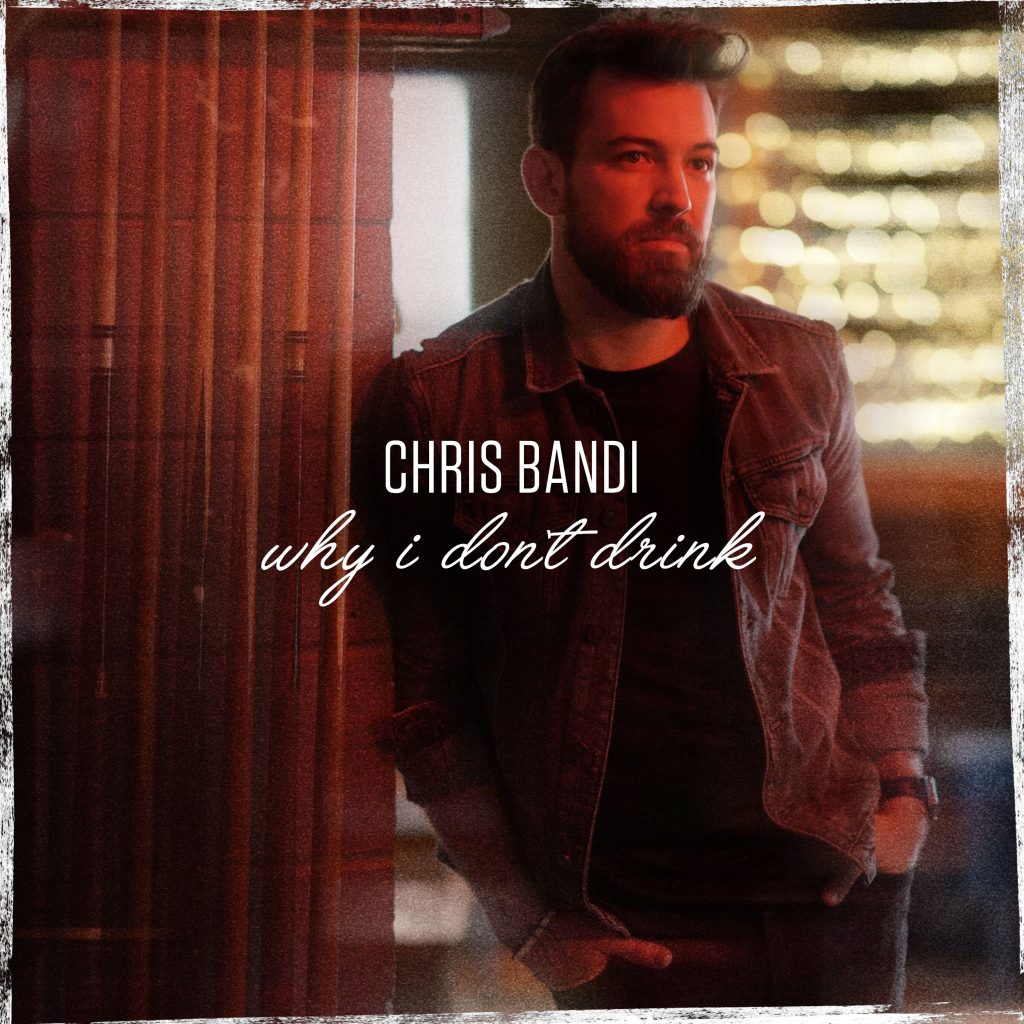 Country music has seen its fair share of love songs. In their midst lies an interesting sub-genre: songs that recognize the singer’s responsibility (or perhaps irresponsibility) when it comes to love. In “Why I Don’t Drink,” Chris Bandi presents a protagonist that knows he’s being hurtful every time he gets drunk and calls her up. “I know that I call you, I get lonely and do something I shouldn’t do,” he sings, concluding, “that’s why I don’t drink.”

When it comes to relationships, the easy path can often be to casually cast blame elsewhere and then head to the bar. But Bandi’s catalog finds him doing the opposite; his debut release “Man Enough Now,” for instance, acknowledges his own past transgressions that were ultimately detrimental to the relationship. His songs are both personal and artistic achievements – equally showcasing his perspective and maturity as well as his signature smooth vocals, unique sound, and masterful production (courtesy of Jason Massey). Bandi’s an expert at crafting earworms that would be jams even if they had nothing to say, and fortunately, they most certainly do.

“Some of the best advice I ever received about writing songs was to try not to write a song,” Bandi shares in a release. “Just tell the truth and say what you know. Being from St. Louis, what I knew wasn’t exactly songs about trucks or tractors. I knew about growing up, learning from your mistakes and relationships. Mostly, I learned what not to do.”

That turned into “Why I Don’t Drink,” a co-write between Bandi and Kat Higgins. “I immediately started playing it live with just an acoustic guitar after Kat and I wrote it,” he shares. “‘Why I Don’t Drink’ was the song that people would always ask about after shows. That’s what first made me think we had something special. I’m so happy to finally be able to share it!”

Grab “Why I Don’t Drink” on iTunes and stream below: