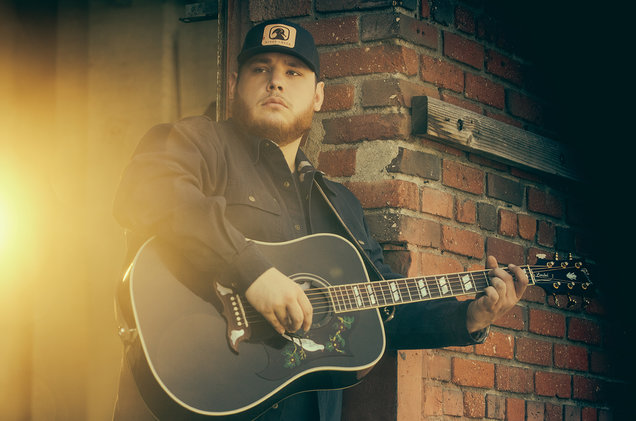 Presently, country music appears to be dominated by an influx of young talent. With his neo-traditional leanings, Luke Combs may be the biggest of these names, while Jon Pardi has emerged as a star of a similar mold. Maren Morris and Dan + Shay are buzzed-about artists across the general music sphere. Kane Brown has developed an organic and passionate fanbase keeping him near the top tier of current performers, and Brett Young is having himself a solid run of legitimately impactful radio hits as he emerges from his second studio project. Regardless of what one’s thoughts on each of them are—many of them are controversial, surely—they all represent a greater trend: country music’s increasing ability to grow exciting talent that sustains itself. The artistic merits are ambiguous in some respects, but the importance of a genre being able foster up-and-coming stars is an important concept in and of itself.

The key findings are this: for the last five or six years, country music failed to develop or embrace talent that left a sustained impact on the genre. This happened within what could be considered an immensely successful period for the genre in the breakouts of larger artists such as Taylor Swift, Luke Bryan, Blake Shelton, Jason Aldean, Eric Church, and Miranda Lambert. In fact, in looking at CMA Best New Artist Nominees from 2012 to 2017, it can be argued that just two—Florida Georgia Line and Thomas Rhett—have truly ascended to superstardom. Of the 16 artists nominated (excluding FGL, Rhett, and Morris), half of them have not had a top ten single in the past two years, and just six have had more than one. This alone exemplifies a fairly worrying trend—that country music, and more specifically, country radio have been unable to create excitement around their new stars. In digging deeper, it grows even more stark.

Within this group of artists (CMA New Artist nominees from 2012 to 2017), there are two distinct subgroups that many of the artists can be grouped into: artists with upside and a natural fanbase ignored by radio, and artists with a reasonable fanbase but low ceiling embraced by radio. Before tackling these two subsets, there are three exceptions that must be addressed: Florida Georgia Line, Thomas Rhett and Chris Stapleton. Certainly, the former two have followed traditional paths of development, and can be considered victories. The latter, however, is much different. In a sense, Stapleton was forced onto the genre because of his meteoric rise to the top. After dominating the 2015 CMA awards show, radio demonstrated some resistance, but ultimately had their hand forced into supporting him. The industry certainly should not get credit for Stapleton, as they were aware of his wide appeal and did everything in their power to snatch defeat from the jaws of victory. Those artists aside, we’ll consider the group with a reasonable fanbase but low ceiling embraced by radio.

Considered as a B-List of sorts, these are artists with reasonable commercial success, who have proved to have a level of endurance, but are highly unlikely to be on the ballot as Entertainer of the Year in the future. This group consists of Brett Eldredge, Cole Swindell, Kelsea Ballerini, Old Dominion, and Lee Brice. These artists have both been on the scene for (at least) a handful of years now, and also have yet to ascend to the forefront of the genre. They also have just two platinum albums between them—one belonging to the more tenured Brice (2012’s Hard 2 Love). This is not meant to be disparaging towards the artists themselves—it’s exceptionally difficult to grow into an A-list act, and they’ve all, to varying degrees, carved out successful careers as mainstream radio staples. It’s also not meant to imply that they will remain permanently in the second tier—it’s entirely conceivable that Old Dominion or Ballerini, for instance, continue to grow.

The other group—artists with upside passed on by the industry and radio—is arguably more compelling. The likes of Kacey Musgraves, Brandy Clark, Kip Moore, Brothers Osborne, and Brantley Gilbert, have often far outsold their airplay share, and are known for having passionate fanbases.  This group has a combined four platinum albums, despite having a fraction of the airplay compared to the formerly discussed group. Thus, it continues to be a radio problem, with gatekeepers passing up natural constituencies that could have born long-term stars. As with the above group, there remains uncertainty—Gilbert and Musgraves have singles climbing up the charts at the moment, and it’s conceivable that their spark will be rekindled—but as of now, it seems like a missed opportunity.

Of course, not all the blame can be placed on gatekeepers and their inability to embrace organic fanbases or lack of eagerness for short-term investment. In some cases, promising new talent with both commercial upside and viable fanbases has burned out as a result of personal motivation, poor label decisions, or artistic deviation. Demonstrating this trend are three specific acts: Sam Hunt, Hunter Hayes, and The Band Perry. Sam Hunt, despite starting with a run of six consecutive #1 or #2 platinum-certified singles, has recently spoken about a lack of interest in music, and has yet to release a second studio project (his debut, Montevallo, came out in 2014). While there are plans to release new music soon, the loss of his once-powerhouse stature was largely self-inflicted.

Hunter Hayes, a CMA Best New Artist award winner, had his momentum derailed by poor single choices in 2014’s “Invisible” and “Tattoo,” after demonstrating significant potential as a bright new talent. The Band Perry, meanwhile, looked set to become the genre’s next big-name band. They won the 2014 ACM Vocal Group of the Year award, and had a high-impact album cycle with 2013’s Pioneer. From there, they delved into bizarre, pop-heavy sounds, and are now experimenting with EDM production styles. That is certainly their right, but it is another case where the industry may have lost a big name artist due to external circumstances.

This covers the three major conditions that have led to a drought of top-tier commercial talent—radio investing in somewhat lower-interest artists, ignoring higher-ceiling acts, and apparent wins falling off due to varying circumstances. This also leads into why the current crop of growing stars has been so successful; that is, they have been able to bridge the gap between the three areas of failure. They have natural support that has been recognized by radio, and as such, this era has given country music its hottest group of young artists since the late 2000s.

As mentioned above, there are six artists that stand out as particularly successful and appear able to maintain that success: Luke Combs, Brett Young, Kane Brown, Jon Pardi, Dan + Shay, and Maren Morris. The greatest indicator of their success is not only in their radio play—they boast an impressive 21 top ten singles—but their singles and album sales metrics. Indeed, in looking at both airplay numbers and broader success, it is clear that there’s a clear divide between new acts of the past and the current new wave.

Each of Brown’s first four singles (“Used to Love You Sober” through “Lose It”), as well as his self-titled debut album, have been certified at least platinum, while his current album (Experiment) and single (“Good As You”) have been certified gold. Combs’ first five singles and debut album have all been certified at least platinum, while Young’s first four singles and first album received the same treatment. Morris, despite systemic, gender-based barriers to airplay, put up three straight platinum singles and a gold album with HERO, and Pardi’s California Sunrise was certified platinum and has produced one gold and three platinum (or better) singles. Dan + Shay, while a bit further along (they’re on their third album), have caught fire and have back-to-back airplay smashes that are both multi-platinum (“Tequila” and “Speechless”).

As evidenced, this new crop of upper-tier artists have achieved radio approval and developed strong and sustainable audiences. This is important for their individual careers, but also for the genre at large. With the likes of Bryan, Shelton, and Lambert falling from their commercial peaks, there was a gap—a distinct lack of a new set of talent ready to be the faces of the genre. In these cases, radio has not missed the signals, and has instead embraced a largely fan-chosen set of new artists.

This trend does not speak to the inherent artistic value being produced, nor its merits as traditional country music. It also does not address the blatant sexism directed towards female artists. These are of course important points to recognize. What is compelling, however, is the difference between what these new artists represent, and how they serve as a turning point for the genre. As has been outlined, country music faced difficulties in developing A-list talent over a five year period, instead producing a string of one-hit wonders or streaks of hits that, while respectable, fail to excite in the long-term. Over the last two years, this has been rectified, leading to a much more promising commercial future for country music.