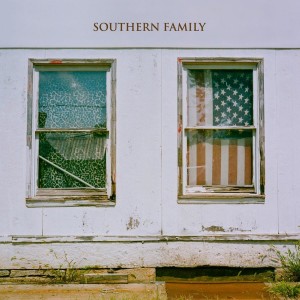 “I wanted a song that felt like you’ve known it your whole life, but you’ve never heard it before,” Cobb said at the January Southern Family preview listening session in historic RCA Studio B.  And though he was referring to the album closer, the same could be said for every single track.

Southern Family epitomizes the concept of a compilation album, and then flips the typical associated skepticism on its head. Almost every song was custom-written for the project, and the artists (or friends, really) Cobb tapped didn’t hear the others’ contributions during the recording process. As the album plays, each song tells a story completely different from the previous. Some are happy, some sad, some simply observations. Some are about special people, some about special inanimate objects that mean almost as much. All feel deeply personal. So how on earth did Cobb pull off a cohesive, definitive project – something so unprecedented and yet so familiar?

Cobb has essentially pulled off what is perhaps the most perfect potluck dinner ever executed – without the luxury of a detailed who-should-bring-what list. He wanted the songs to be organic and honest, based on each artist’s own experiences with family life below the Mason-Dixon line. Cobb set the tone for the gathering, but each guest brought his or her own favorite casserole to share. Miraculously, the result is a complete and cinematic masterpiece of an album that deserves to be savored from start to finish.

Southern Family was originally inspired by Paul Kennerley’s White Mansions project, a chronological Civil War-era narrative released in 1978. (Cobb has long-admired Kennerley’s work, and in addition to selecting the gospel hymn, Kennerley wrote the album foreword.) Cobb also set off to create something that would represent his current feelings toward Nashville: “You can go into any restaurant and put together a band,” he said in Studio B. “This is Mecca right now; this is our time.”

While Southern Family simply must be appreciated in its entirety, a few tracks stick long after the first few listen-throughs. Morgane and Chris Stapleton recorded their gritty, searing version of “You are My Sunshine” with Cobb in RCA Studio A.  “We edited for six months,” Cobb joked of the duo’s impeccable vocals. “It’s hard to make those two sound good together.” In reality, it’s an all-around powerhouse track that threatens to break you in two and then immediately promises to put you back together.

Brandy Clark’s contribution, “I Cried,” is another incredible vocal piece, exposing the hopelessness of raw grief with melancholy steel guitar and strings. The song was recorded “Frank Sinatra-style” in Studio A, and according to Cobb, “[the band] messed up every take, she was that good.”  He knew he wanted her on the project, despite her Washington roots: “Brandy Clark is one of the best singers on the planet. Period. […] She’s really made a place for herself in Nashville, and I respect that a lot.”

Other standouts include “Down Home,” by Cobb’s cousin Brent, which fondly describes his childhood in rural Georgia. Upon the song’s conclusion at the January listening session, Cobb remarked, “That’s some redneck sh*t right there … But ‘Angels wave as they fly by’? Come on, how’d you come up with something like that?” The artful lyrics will make you miss home, whether you spent Sundays checking crawfish buckets or walking city streets. Miranda Lambert’s “Sweet By and By” (also penned by Brent Cobb) strikes a similar chord in an gentle ode to wise parents and Southern starry skies.

“Learning” by Anderson East and “Can You Come Over” by Shooter Jennings offer faster-paced, upbeat relief, but their subjects remain poignant and personal, while John Paul White’s “Simple Song” offers a simultaneously haunting and comforting perspective on lost love and life. “Grandma’s Garden” by Zac Brown creatively details a metaphorical and literal garden where both people and plants are lovingly cared for by their matriarch. Nuggets of wisdom (“She’d say the straight and narrow is the toughest row to hoe”) are woven throughout and beautifully complemented by Lee Ann Womack’s background vocals.

This album is one of a kind. It’s inclusive and familial – much like the title suggests – but don’t write it off as idyllic or cliché. Sure, many tracks are sprinkled with Southernisms and rural references, but the lyrics are truly universal and the raw honesty unparalleled. The songs invite you inside, greet you warmly, force you to face your troubles and then help you overcome them. Cobb stamps each track with his vision and artistic expertise, and he masterfully strikes the perfect balance between individuality and community.