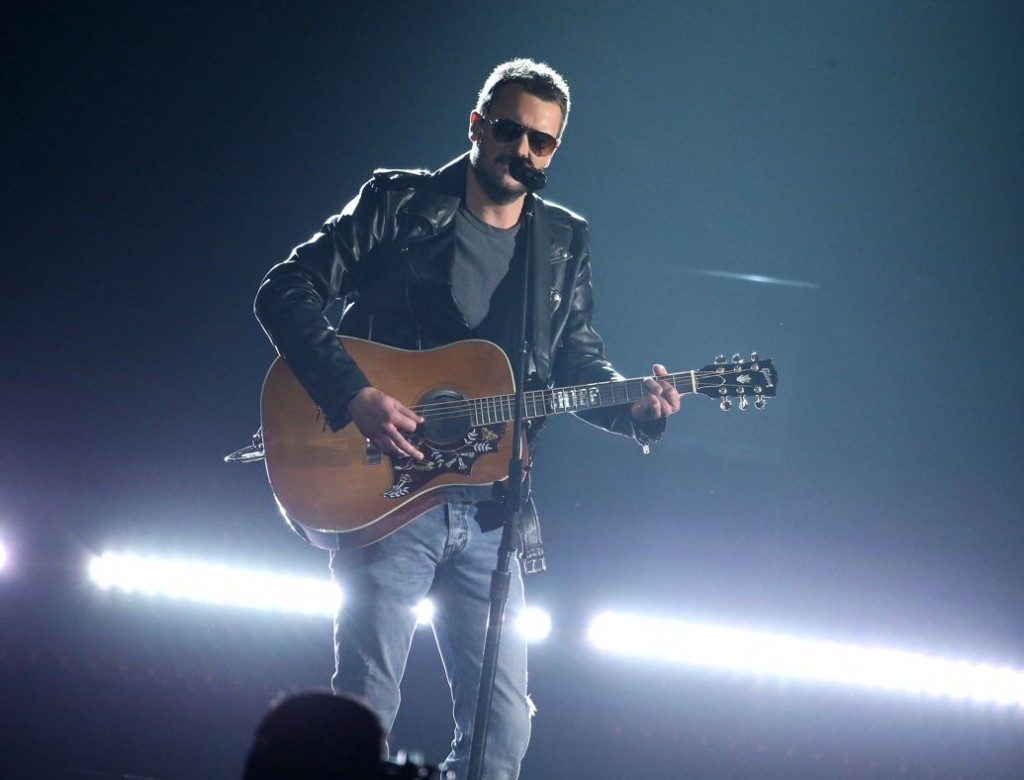 When the Church Choir (Eric Church’s fan club) went to their mailboxes earlier this week they were probably not expecting to find a vinyl record and CD featuring ten songs comprising a new album. In true Church fashion, the release celebrates simply the art of new music, disregarding sonic and industry constraints.

The new album, Mr. Misunderstood, evokes the raw, sometimes painful emotions that his fans have come to expect from him. “Record Year” is essentially a break up song; however Church spins his words into a web of imagery and relates his grieving process to listening to vinyl records on repeat. “Song to song, I pass my time / With these speakers on ten / Your good-and-gone keeps me up all night / Along with Songs In The Key Of Life / I’m either gonna get over you / Or I’m gonna blow out my ears / Yeah, you’re out there now / Doin’ God knows how, and I’m stuck here / Havin’ a record year,” Church sings. For country fans, it’s a concept that hits close to home, the latest Church release contributing to their own cathartic record years.

Twisting a play on words, “Mixed Drinks About Feelings” is another album standout focusing on heartbreak and failed relationships. “Having mixed drinks about feelings and you,” Church sings on the chorus. It’s stripped instrumentally, echoey vocals simmering over sparse piano. Susan Tedeschi joins Church on the duet, their harmonies drawing attention to the emotion of the vocal.

Part of Church’s calling card is his ability to fly a flag of vulnerability without it feeling fully surrender white. He’s open on and off the record; included with the album is a hand written note explaining the creative process behind Mr. Misunderstood, giving insight into Church’s journey to his fifth studio album. 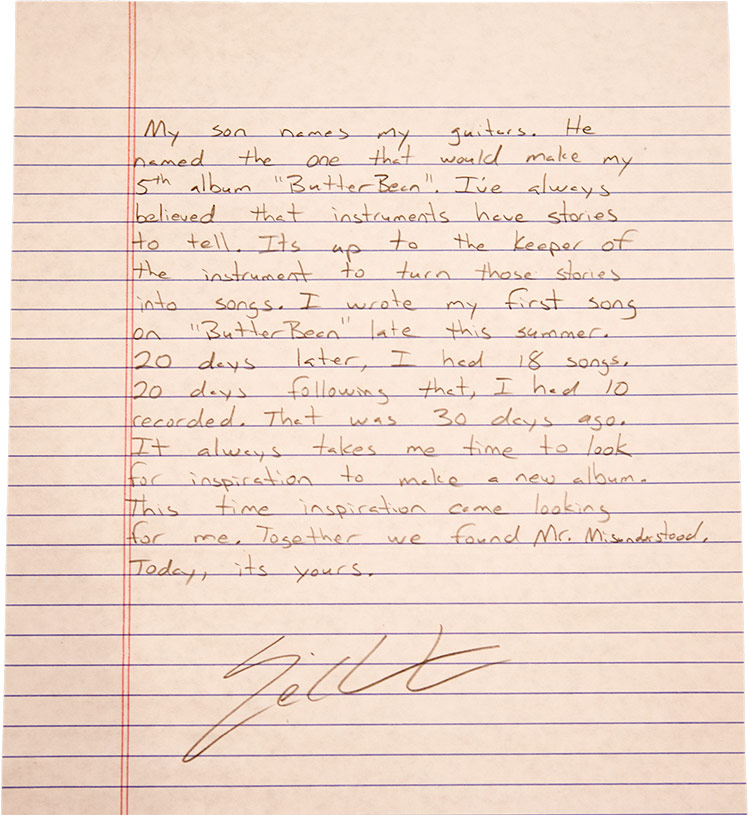 It seems that letting his son name is new guitar isn’t the only way Church included his family on this new record. Going down a sentimental route, “Holding My Own” showcases that the Eric Church brand, being an outlaw and a hard ass, doesn’t mean neglecting what is important to him. He employs a play on words with the title, referring not only to standing his ground on his musical decisions but also to the physical act of having one arm around his wife and the other around his sons. “If the world comes knocking, tell ’em I’m not home / I’m too busy holding my own,” he sings. The melody is simple, letting the lyrics shine. Similarly, “Three Year Old” takes us back to a simpler, easier age. Listing what he has learned from his son, how to be carefree and talking to God through prayer as if he is really next to him. Innocence and wonderment are laced throughout the song.  It’s at times straightforward and at times poignant, as in the stellar “Walking barefoot through the mud will knock the rust right off your soul / I learned that from a three year old.”

Vastly different from his previous album, The Outsiders, Mr. Misunderstood is more restrained focusing efforts on the vocals. “Chattanooga Lucy” may the most sonically explorative on the record, though it’s nothing compared to the treatment of previous releases like “Cold One” or “The Outsiders.” On Mr. Understood, the lyrics are front and center. “Mistress Named Music,” standout with its imagery, tells a beautiful story of knowing your passion and wanting to make music from a young age. Referencing Miss Bessie’s singing in church and her “black wrinkled fingers on ivory keys” is a poignant contrast to later in the song when he is grown and his own “white calloused fingers on bronze and nylon.” With an almost gospel feel, the backup singers lend their angelic voices to give this song depth.

The title track boasts a more rocking vibe, which contrasts the somber tone of much of the album. It’s almost southern rock in flavor, and pairs nicely with songs like “Knives of New Orleans,” a Jeremy Spillman and Travis Meadows co-write that, much like Church’s “Lightning,” takes the point of view of a man behind a crime. “Knives of New Orleans” is intentionally vague in describing the scene of the crime, opting instead for moments of chilling specificity like “I’m haunted by your hazel eyes / And this crescent city breeze / One wrong turn on Bourbon / Cuts like the knives of New Orleans.”

With each release, Church leans more and more on his introspective side. For some artists, that might be daunting, but for Church, it’s a natural home. As he says on “Holding My Own,” “if I’m proof of anything, God sure loves troubadours.”