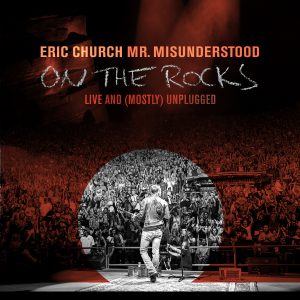 Eric Church has developed into of the his genre’s most renowned live performers, known for his dominant confidence and passion for touring. He has gone on record saying that the concerts make the job for him, and he considers them to be the most important aspect of his career as a musician. For those who have never experienced one of Church’s acclaimed shows, Mr. Misunderstood On the Rocks Live and (Mostly) Unplugged brings the music to life, and portrays Church in a brand new light.

Though largely overlooked since its release, this live collection can easily be counted among Church’s best work. His passion cannot be understated, and the excellent production stands out in the stripped-down setting, blending the lines between rock and country. This is particularly obvious on the cover of “Hallelujah,” which goes down as the album’s best moment, as well as one of the best performances of the year overall. His smash hits, such as “Record Year” and current single “Kill a Word,” translate just as well to a live setting as they do to radio.

Church is widely regarded as the pinnacle of quality in the mainstream country world, and On the Rocks does nothing to derail that accolade. It is an exceptional project that brings out another dimension of Church. Clocking in at just seven tracks, it’s a short piece of music, but one that is sure sweet, and only intensifies the desire to attend an Eric Church live show.

Mr. Misunderstood On the Rocks Live and (Mostly) Unplugged is available exclusively at Walmart.