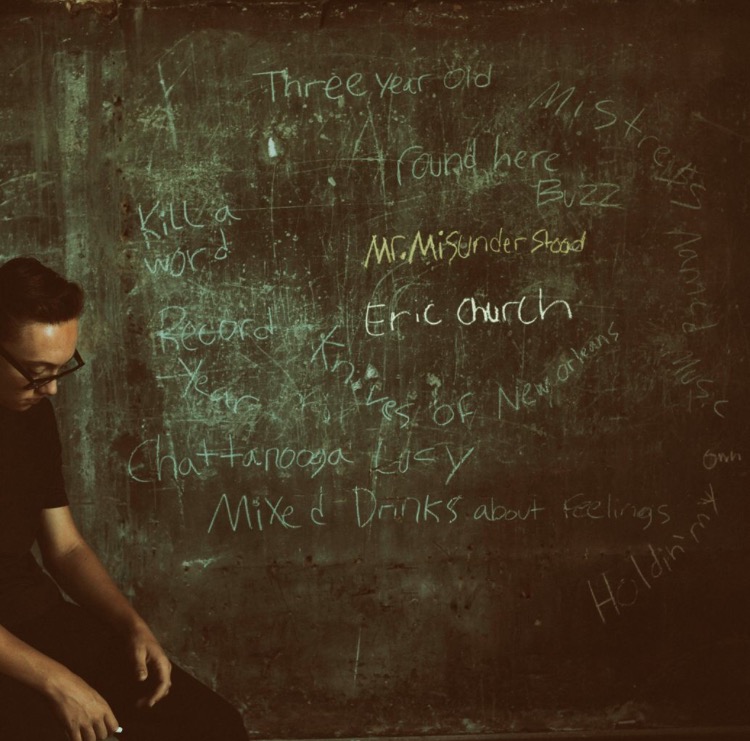 Music and songwriters have held a distinct and special spot in society for generations. They’re able to express thoughts and make social statements in a unique way that reaches a worldwide audience.  A quick glance back over turbulent times will prove this to be true – just look at the works of legends like John Lennon, Bob Dylan and Bruce Springsteen.  Songs like “Blowin In The Wind,” “Give Peace A Chance,” “Imagine,” and “American Skin (41 Shots)” are just a few that immediately come to mind.

Eric Church’s “Kill A Word” is on track to become one of those iconic songs as well.  Its thought-provoking, anti-hate message is a lyrical lesson for people of all backgrounds, races, genders and musical tastes.  It’s the kind of song that can resonate with listeners regardless of genre.

Songwriters Church, Jeff Hyde and Luke Dick string together hurtful, negative words and phrases into a beautiful song, literally detailing how they would “kill” a word.  The age-old lesson about sticks and stones is proven wrong – the song reminds us that words can and do hurt when used viciously. (It also reminds me of a lesson I’ve learned personally – you can hammer a nail into a piece of wood and then take it out, but even though you’ve removed the nail the hole remains forever.)

In a recent Rolling Stone Country interview, Church explained that he particularly likes the chorus of the song because, “With bullying and all the stuff going on, words are very important. Words can be more hurtful than anything physically. I got little kids, and it’s common sense when you’re raising them that the main thing is how you talk to people, and how you treat people. Sometimes I think the world forgets that as we get older.”

Church sings, “Give me sticks, give me stones, bend my body, break my bones / Use staff and rod to turn me black and blue / Cause you can’t unhear, you can’t unsay, but if it were up to me to change / I’d turn lies and hate to love and truth / If I could only kill a word.”  Although it’s not an explicitly political song, it effectively encourages an evaluation of one’s own words and actions.

“Kill A Word,” the third single off his 2016 CMA Album of the Year Mr. Misunderstood, was released at a time when the United States feels significantly divided. After a bitter presidential election and racial unrest, it serves as a perfect reminder that words, whether spoken, written on paper, typed online or otherwise, do have an impact on others.

Church tells Rolling Stone Country that he chose the song as his current single because of the environment we live in today: “If you would have asked me two months ago, I don’t know that I would have said that’s the next single. But there are times I believe that sometimes the single gets chosen for you. And by that I mean what’s happening in the world. I would feel disingenuous after writing the song, being a part of the song, to not put the song out at this time, with all the stuff that is going on: socially, police, politically. I mean, God almighty hell, the whole world. I’ve never had a song that felt more meaningful and relevant than this one. It’s something that people need to hear.”

Church recently performed “Kill A Word” at the 50th CMA Awards in November (see the performance above). The understated performance, featuring Rhiannon Giddens of the Carolina Chocolate Drops, was passionate and heartfelt. Church and Giddens performed on a dimly lit stage with bright white words flashing key lyrics across the stage. In an interview with One Country after the CMA performance, Church explained why this particular performance was so important to him:

The CMA Awards performance is not the first time Church has chosen the song to shed light on relevant issues.  In November 2015, Church and Giddens were joined onstage by Smokey Robinson, Aloe Blacc and the Jason White Singers’ at “Shining A Light: A Concert for Progress on Race in America,” which was presented by A&E Networks and iHeartMedia. This special series was created in an effort to confront race issues and promote national unity.  Find out more about the A&E series on their website.