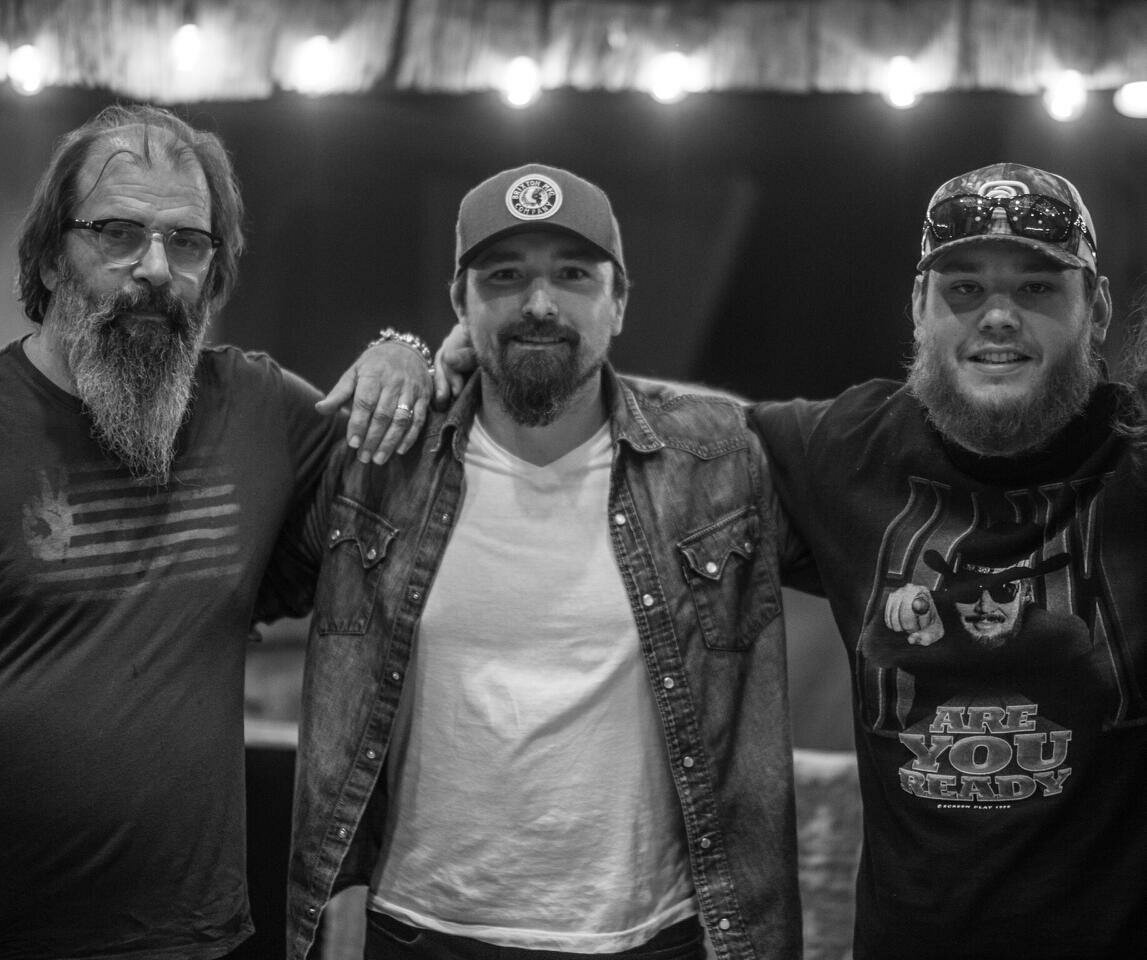 Erik Dylan recently released his sophomore album Baseball on The Moon. It’s safe to say he swung for the fences, and has definitely hit it out of the park with this project. Dylan produced and co-wrote 12 of the 13 tracks on the project, which includes duets with both Luke Combs and Steve Earle.

Dylan is no newcomer to the Nashville scene – he’s been honing his craft for years, and has had a successful songwriting career thus far. His songs have been cut by Kip Moore, Eric Paslay, Eli Young Band, Justin Moore, Chad Brownlee, Cold Creek Country, River Town Saints, Randy Montana and Riley Green, among others.

Throughout the album, Dylan proves he isn’t afraid to address topics many are afraid to touch. From opening track “Baseball on the Moon,” an ode to the dreamers, right through to album closer “Honest Work,” the story of an illegal immigrant struggling to make ends meet in an effort to better the life of her family, Dylan tackles it all. “I wrote this record for the underdogs,” he says. “I wanted it to be just as dark as it was resilient. There is a theme of optimism on the edge of destruction woven throughout the entire album.”

Songs like “Flatland Sunrise” depict the universal working man as he dreams about what could be, and “Comeback Kid,” originally recorded by Kip Moore, is written like a love letter to the one who stands by you no matter what. The album incorporates elements of rock, mainstream country, and outlaw country, and is successful in making it all work together. He continues to stay true to who he is and where he comes from is refreshing. The common theme throughout the album is life and optimism, while he tackles difficult issues such as grief, racism, illegal immigration, generational conflicts, and the blue-collar struggles of main street America.

“Baseball on the Moon,” the album’s title,  features Luke Combs. We highlighted “Baseball on the Moon” as a Demo of the Week in 2016. Dylan tells us, “I posted the hashtag #BaseballontheMoon with some studio footage on Instagram when I recorded the new album. Luke [Combs] messaged me that he loved the song, and had heard it on the Shotgun Seat’s website. He agreed to sing on it with me and introduced me to a ton of new listeners by putting his stamp of approval on the record. Further proof that Luke Combs is one hell of a good guy.”

It’s a never give up anthem, that urging the underdogs and dreamers to remain true to themselves and not give in to pressures of conformity. “‘Cause they’re gonna cut you down / Tell you your best ain’t good enough / But your want to’s, got to’s gotta be bigger than your givin’ up / Go on and ask that girl to dance / Hell she might just kiss a fool / Here’s to the dreamers like you.” Combs joins Dylan for the third verse and fittingly describes his dream of being a musician and the non-believers inevitably encountered along the way. He sings “When you get that first gold record, they’re gonna say they always knew.”

“Funerals and Football Games” features the vocals of Charlie Muncaster (of Muscadine Bloodline), and presents the hardships and realities that blue-collar Americans face in their daily lives. Dylan explains: “I wrote it for my dad. He worked at the steel foundry in Atchison, Kansas, while my sister and I were growing up. Lots of financially scary stuff happened there, but he never brought any of it home to us kids.”

“Ain’t My Town” stands up to the stereotypical images often conjured up by breezing through a small, no-name town. What may look like a tiny dot on a map actually holds a unique history and individual stories that are anything but ordinary. Dylan puts forth his own perspective, and suggests that each town has its own heartbeat and soul. “So don’t go painting pictures of what you don’t know about / Putting words in my mouth / Cause that ain’t my town.”

“13th Floor” beautifully – and hauntingly – explains that place where you store all the emotions, what-ifs and questions encountered throughout your life. “It’s where you keep your blacks, your blues, your dreams fell through / The ones you lose that you can’t live without and they’re just hanging out on the 13th floor / Gotta put all the hurt somewhere.”

Baseball on the Moon proves that Dylan values his roots, beliefs, and experiences incorporating even some of the most difficult and personal issues into his work. This album continues to shine a light on Dylan’s ability to consistently release stellar songs and cohesive albums. He says, “The biggest compliment anyone can give me is listening to my album start to finish – that would truly make me happy as an artist.” One thing is for sure, you can count on an Erik Dylan song to be honest, soul-grabbing, and full of grit.