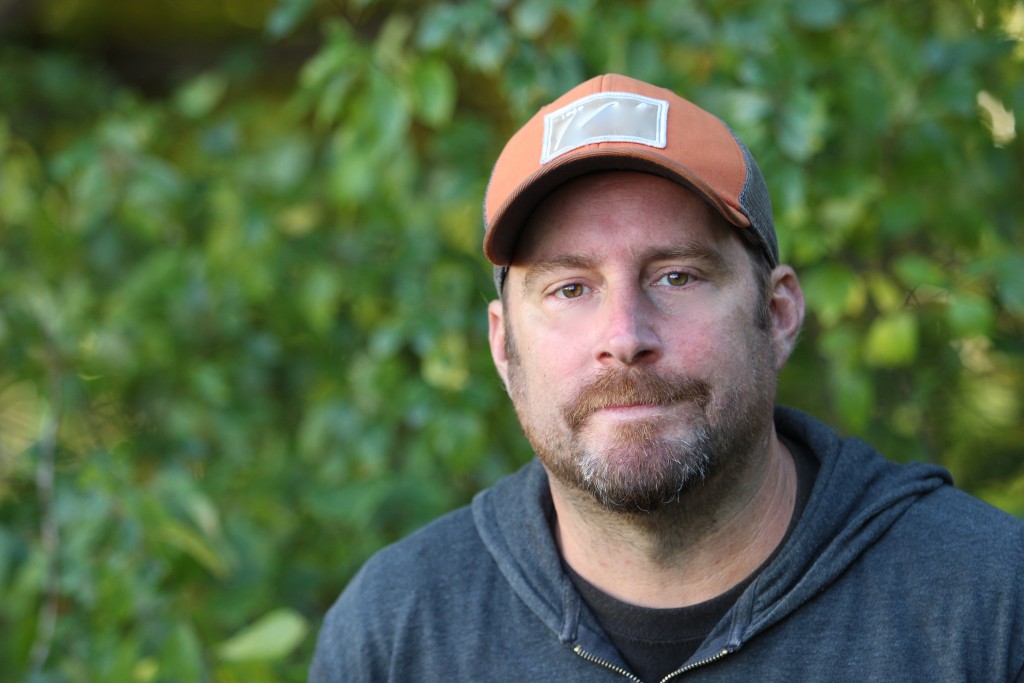 Among songwriters in the country music scene, Felix McTeigue is a bit of a rare breed. Instead of picking up his life with his family to live in Music City, McTeigue decided that rural Vermont was the place he wanted to plant his roots. McTeigue told The Shotgun Seat in an exclusive interview that he currently resides on 16 acres of land in a small town in Vermont with his family, and that’s right where he is supposed to be. It’s a choice he cites as a blessing for his career in the music business. “I’m kind of an outsider,” McTeigue says, “coming at it from a different perspective. I’ve always loved country music so it’s lucky for me. I come to town and I write for five days straight and it’s really intense and I get to write with the baddest dudes ever, and by dudes I mean females too.” McTeigue has gotten the privilege of writing with some of Nashville’s most prominent writers, including Lori McKenna, Chris Tompkins, Erin Enderlin and Craig Wiseman.

McTeigue grew up in New Jersey, and upon visiting Nashville, found himself instantly enamored of the music being created. “Growing up where I did, like I did, Bruce Springsteen was it,” McTeigue says. “What’s happening in country music now, it’s just like Bruce Springsteen, it’s all about people’s experience. So when I got to Nashville I was like, ‘Wow, these are my people.’ Not every song has to be about being 15 years old, some of the songs are about being 30 or 40 or 10 or two. There’s this thing happening in Nashville: great songs about actual life.”

If his monthly trip to Nashville involves writing about actual life, his time in Vermont serves as excellent inspiration. “When I am home with my kids I am busy getting them to school and all of that stuff, but when I go to Nashville I go for five or six days – I write twice a day and at night I will go to The Bluebird or play. The advantage is you write the way when you are a kid – when I was 20 all I did was get up play guitar write songs play a gig be a bartender,” he says.

When he’s home, he gathers ideas. “I keep a guitar around the living room and I will play the guitar into my phone,” McTeigue says. “When I go to Nashville I’ll have 80 songs in my phone and when I’m on the plane I put on my headphones and listen through all of them – 60 of them are horrible and 20 of them are good. I then will whittle them down to four good ones that I can bring into a co-write.”

Though he always comes prepared, songwriting is more than just getting down to brass tacks. “It’s not like you get in a room and are like, ‘Quick, let’s write a hit song,” he says. “There is so much more talking and just hanging than you would expect. Then you get down to writing and everyone is serious. I find other songwriters are the most interesting people ever.”

Sometimes the best lines follow long, seemingly unrelated conversation. “Songwriting only works when you are playful and not taking things too seriously,” he says. “That’s when Chris Tompkins is like, ‘Hey, ‘Victoria’s secret ain’t a secret no more’ and you’re like, ‘That is awesome and hilarious and weird and funny.'” Florida Georgia Line’s “Anything Goes” was the first number one for the songwriter. He’s also had songs recorded by Dallas Smith, Heidi Newfield and Erin Enderlin, though the way each cut is written has varied. “The process is there is no process sometimes,” he says. “It’s all about going with the flow, working hard showing up prepared. There is no right or wrong to songwriting.”

As if song writing and producing weren’t enough, McTeigue was recently asked to participate in a three day workshop for kids in inner city Boston organized by ASCAP called America SCORES. He teamed up with some of Boston’s finest young musicians to write a song and to teach the next generation about the craft of songwriting.  The passion McTeigue has for these kids and the struggles of growing up is evident as he discusess the experience. “I came prepared with a lesson plan and I thought we were going to write a song like “Hey let’s go, we can be all we want to be!” but it was different, the kids were filling out the questionnaires actually saying “Hey, it’s really hard being a middle school kid from the inner city in Boston, it’s not fun.” So we wrote this super dark song called “The World’s On Fire” which they put as the single and they loved it because this is exactly what, when you are 12 years old in the inner city, it feels like he world is on fire. The kids were amazing – the brilliance of it, the lyrics and the singing – it was incredible. This demographic is not represented at all. They sent me the tracks and I produced them and it turned out great. If they asked me to do it again I would do it in five seconds.”

McTeigue inspired the students to not miss their opportunity and that many of them were very talented.  He wanted to show them how the industry works. The music business is changing completely with social media, and he encouraged the DIY approach. “If you write an awesome song with your friend and sing it well you can put it up on YouTube, this is the way the music business is now. You can do it, on your phone it is a great time for young talent.”  You can listen to the song they wrote below.

As McTeigue continues to build his career as a songwriter and a producer of country, indie and rock bands he also continues to give back to the community and help to shape the songwriters of the next generation. “The whole trick with songwriting is don’t be afraid to fail,” McTeigue says.