Florida Georgia Line’s “Confession” Is A Masterpiece of Honesty, Disguised as a ‘Jesus and Jack’ Anthem

At first listen, Florida Georgia Line’s new single “Confession” is nothing particularly surprising. The instrumentation is congruent with most of their radio singles, relying on a mix of live and programmed drums tossed with electric and acoustic guitars, bass, and dobro. “I light up the night and it burn,” the CMA Vocal Duo of the Year begin in the seemingly raucous first line of the chorus. It’s not a party song, but the “moonlight soaked, ring of smoke, right hand on a cold one confession” has been doused in whiskey and lit with the fire of their signature successes.

Dig a little deeper, however, and celebration ceases to be the reason for the bottle in the duo’s hands. It’s a song about a late night, solitary drive – to the edge of town, perhaps – to clear one’s head. “I’m rolling through the open wide / Searching for a song to drink beer to / And trying to find a place to disappear to,” they sing. “In the darkness on the edge of town /A little lost, a little found.” It’s not the edge of their hometowns the song has brought them to, but the edge of Nashville, looking out at the city that’s in so many ways shaped who they are. 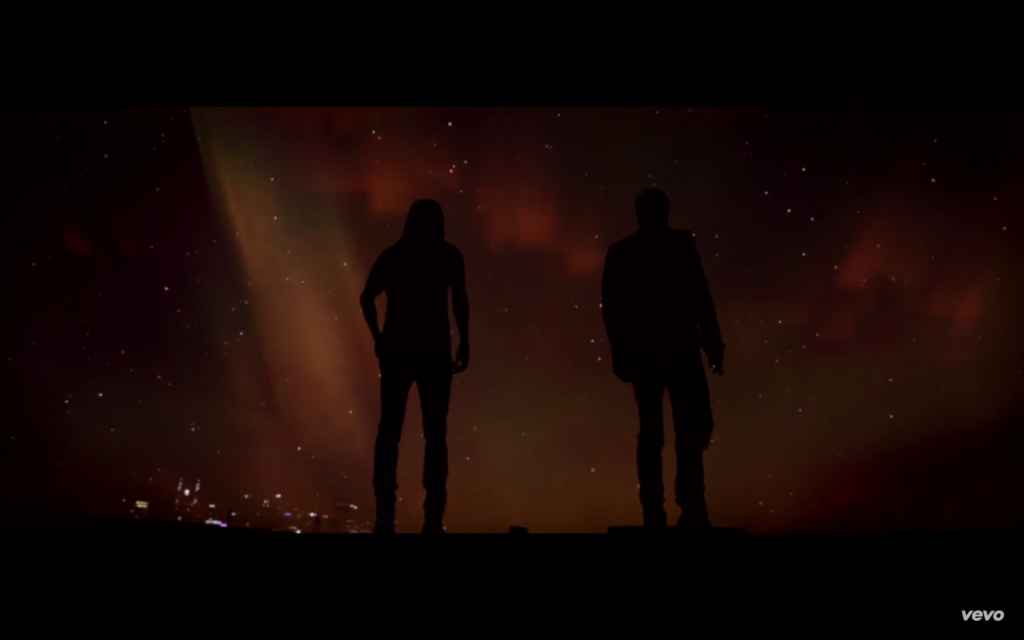 Were it an ordinary protagonist, “Confession,” written by Rodney Clawson, Ross Copperman, and Matt Jenkins, reads as a simple escape, an unwinding at the end of the night paired with an admission that they’re in the middle of understanding their struggles rather than looking back in retrospection from their resolution. But for Florida Georgia Line, it becomes a masterpiece, as complexly deep in its at times haunting lyric as in its deceptively light mood.

“Do what I do when life’s a little sideways / I take a sip and say a prayer / Wait for a shooting star and stare / Off at the headlights on the highway,” they sing on the hook. For an everyman, seeking change through wishes and prayers is evident of an inability to change their situation; if FGL, who have every resource at their fingertips, feel similarly trapped, it’s probably not similar constraints they’re facing.

“That guy in the windshield looking back looks just like me / But there’s a crack in the reflection,” they sing. Perhaps it’s a non-recognition of who they are, catching their visage not in a rearview mirror but rather the reflection provided by the better-lit windshield of a tour bus. “Drifting like my mind into the rearview,” the song begins. It’s a reflection not just literally, but also a retrospection, “looking back” at a character from whom their identity has refracted slightly.

Reinforcing this is the beginning of the video, released today via Republic Records. It starts with an announcer touting Brian Kelley’s successes at a young age at baseball, paired with home footage of Kelley’s baseball and Hubbard’s motocross-filled childhoods. It’s not just characters reflecting on their former selves, it’s a 30- and 28-year old skyrocketing to success and seeking a moment to pause, confessing not sins but rather a sense of identity misplaced. “A little lost, a little found,” they sing.

The video is set in a seemingly abandoned church – half the pews are covered in sheets, a bible is submerged in sand, and there’s a hole in the ceiling where the stone has collapsed, daylight seeping in and mixing with the glow of the hundreds of candles burning below. Hubbard soliloquizes in front of static-y TV screens, on which their younger memories occasionally play, and sings from the shrouded pews. At one point, whiskey is poured and turns to flame upon hitting the glass, perhaps a nod to both biblical purification and Moses at the burning bush. Hubbard also sings from a confessional booth, tossing his eyes up as he sings of “waiting on a call from an angel.” Perhaps it’s not a woman he’s waiting on this time, but a call home from above. 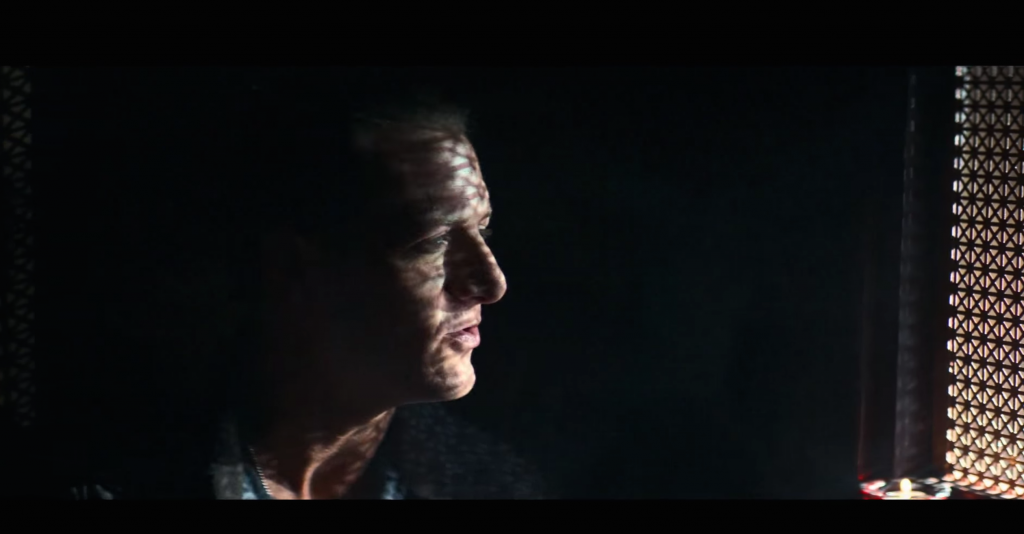 “This is a moonlight soaked, ring of smoke, right hand on a cold one confession,” they sing. It’s not having sinned that they’re seeking forgiveness for, it’s an admittance to losing themselves. Florida Georgia Line’s sonic relationship with religion is complicated; they’re men of faith, yet sing of Sunday as the day made for beer and women in their hit “Sun Daze.” For FGL, the two are inexorably intertwined – “I take a sip and say a prayer” – and even as they confess it, it’s a beer not a bible in their hand. There’s no resolution in this confession, and no penance given – they’re in the thick of it, attempting a clear look through cracked glass.

That’s why the uptempo vibe is so arresting. It’s as if even in the performance of the song itself the duo is trapped – too branded as the 2010s’ chief partiers and the genre’s strongest crossovers to acknowledge that every Friday night becomes a Saturday morning. “Dirt” aside, the duo have never recorded another ballad, and sunshine-less days are essentially unheard of, much less references to death and identity loss. Even as the duo question who they may have become, they scan stations, “searching for a song to drink a beer to, trying to find a place to disappear to.”