From “Beachin'” and “What We Ain’t Got” to “Real Life:” What Jake Owen’s Identity Crisis Says About Artist Branding 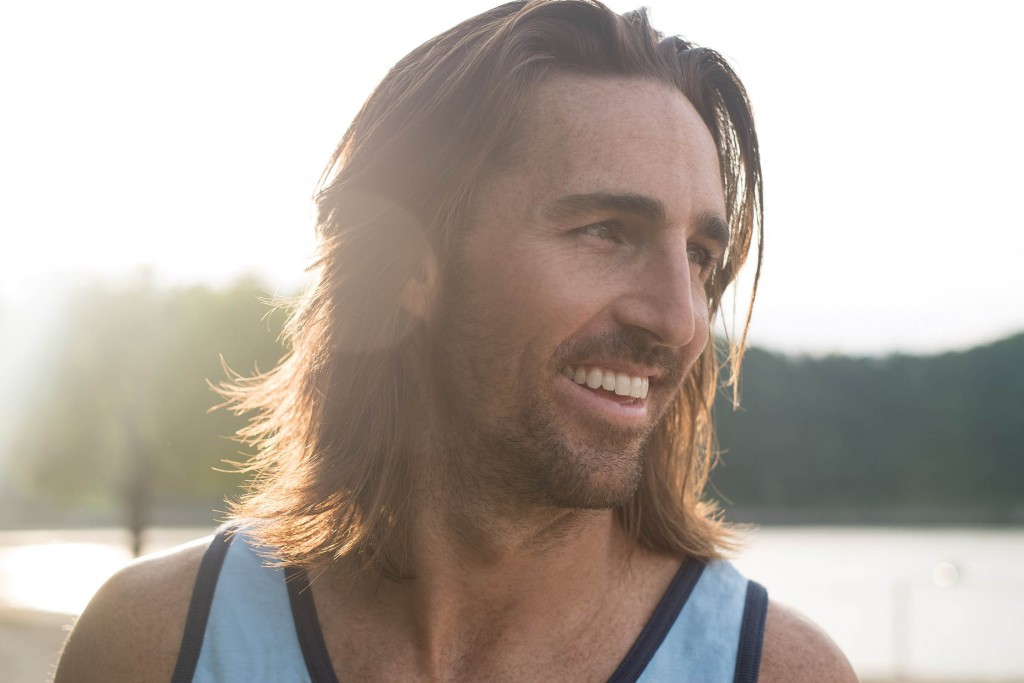 To hear the native Floridian, who for most of his career has sported a pearly smile and shoulder-length flowing hair, flashing some attitude about the success of his Platinum selling hit “Beachin'” may come as a bit of a shock. He’s followed the footsteps in the sand of artists like Kenny Chesney and Jimmy Buffett, letting fans dine on sonic surf and turf while sitting at a tiki bar on the side of the stage at his shows. His logo, which represents his ‘endless summer’ brand vibe, looks like two waves crashing into each other in an infinity sign. “Beachin'” practically has the sound of a beer can being cracked open in the introductory instrumental.

“I’m not downplaying that,” Owen continues to RS. “I’ve made a good living and a good career out of doing songs like ‘Barefoot Blue Jean Night. I take a lot of pride in being a pretty good singer, and songs like ‘Barefoot Blue Jean Night’ and ‘Beachin’,’ where I’m kind of just talking, don’t showcase that. For the first time in my career, I feel like it’s imperative for me to put out a song that offers some validity. I have to be recognized as someone that isn’t just making up songs that are ditties.”

Those ‘ditties’ have served him well – “Barefoot Blue Jean Night,” which hit #1, has been certified double Platinum, and “Beachin’,” also a radio #1, reached Platinum status as well. Singles “Alone With You,” “The One That Got Away,” and “Anywhere With You” all topped the charts.

And while “Beachin'” definitely speaks to the easy life – the hook is “chilling, breezing, sipping, singing, woahh,” with a spoken “beachin'” at the end – songs like “Alone With You,” about a casual relationship that’s anything but for the singer, showcase both emotional depth and vocal prowess.

However, Owen has built his brand around the lighter fare, something that has clearly grown to frustrate him.

“I want to be a bigger part of this business,” he told Rolling Stone, “and in order to do that, I have to offer something up that will connect with people on a level differently than ‘let’s party.'”

It’s an interesting comment not only because it suggests he’s not in love with being solely a day drinking soundtrack, but because it would seem to be a conscious choice to have put himself there. While “Barefoot” and “Beachin'” are among his biggest songs, “Anywhere With You” and “Alone With You” both hit Platinum status. But Owen’s brand is helmed around the summer sun – perhaps this was a necessary branding move in order to set him apart in the first place – and when his recent single, the critically acclaimed “What We Ain’t Got,” peaked at just #14, he sounded both self-righteous and disappointed.

“I laid my cards out on the table with this song, and it’s either going to work and do really big things for me or it’s going to fail because no one wants to take a chance on it. But you know what? I’m ok with that,” Owen told RS.

Perhaps radio did fail to fully take a chance on “What We Ain’t Got” – like Eric Paslay’s “She Don’t Love You” or Little Big Town’s now controversial “Girl Crush,” the tempos just may not align as commercial no-brainers – but it almost sounds as though Owen feels like he’s paid his commerciality dues and is upset that he wasn’t rewarded more strongly when he took a lyrically deep turn.

Well, I want to thank my radio friends and fans for supporting What We Ain't Got. It is my favorite song I've ever sang. Always will be.

If “What We Ain’t Got” was a failed attempt in his eyes, then his appearance at this year’s Country Music Seminar in February, during which he played an up-tempo, beach-born number, would appear to be his return to programmers with his hat in his hands.

“I’ve come to realize that people see me as the guy that’s pretty good at bringing them good-feeling summertime music,” Owen told The Tennesseean in March. “I see it on Twitter. And it makes me feel really good because I’ve finally reached a point in my career where I have a brand and a niche that I’m filling in the musical lives of people.”

It raises an interesting question – has Owen built his brand so strongly that he’s now trapped in it, and if so, who led that definition, Owen and his team, or fans that connected most strongly with those songs? Or, put another way, was “Beachin'” a bigger hit than “Alone With You” because that’s what radio listeners want from their artists or because that’s what Owen has taught listeners to expect from him?

Either way, perhaps it explains why “What We Ain’t Got” wasn’t for Owen what “Mean to Me” was for Eldredge. Hot on the heels of #1’s “Don’t Ya” and “Beat of the Music,” a cursory listen might have placed the two in similar boats. But Eldredge has always had a little bit of a soulful croon and a softer side, even when he’s singing about rather bland topics, and his visual branding has always been a little sleek and sexy (with, albeit, an incredibly goofy social media side.) So when he suited up and hopped in the back of a black car to wine and dine a woman in a suite overlooking a city, it didn’t shake the foundations. Owen, by contrast, tends to look like he just jumped off a surfboard and is headed to his side-stage tiki bar. And when he took a solo bar stool barefoot in an empty room to sing the lines “all I want is what I had, I’d trade it all just to get her back / she’s moving on, but I guess I’m not / we all want what we ain’t got,” it hits us hard, but, simply put: we weren’t ready.

Perhaps things would have gone a bit differently if he’d let “Alone With You,” for instance, take some of the forefront of his branding, but as with every breakup, he’s cut his hair and moved on. Though he dropped the beachy jam he played at CRS – he’s not even sure if it’ll make the album – his latest single, “Real Life,” still has that summer flavor. It has about as many spoken lyrics as “Beachin,” but the singer has made some changes, taking production credits from Joey Moi (Florida Georgia Line, Nickelback) and handing them to Shane McAnally (who wrote “Alone With You”) and Ross Copperman. Conceptually, it’s a bit of a knock at braggadocios radio lyrics – perhaps his own included – with lines like “we ain’t talking to no models, we’ve got real girls.”

Though it officially goes to radio June 8th, “Real Life” has 27 adds already, which should grow next week as well. And as Owen works on his new album, co-produced by McAnally and Copperman, it’ll be interesting to see whether he truly intends to abandon beachy for good. “This record is a shift for me toward getting away from the fairytale. This is real life, these are real songs, real-life scenarios. There is a lot of music right now that is fictional — and I’ve made some of it,” he tells Rolling Stone in a recent piece. And while it’s too soon to tell if the sand dunes are as far in the rearview as his long locks, it seems that Owen’s headed somewhere more interesting than a party in radio’s parking lot.