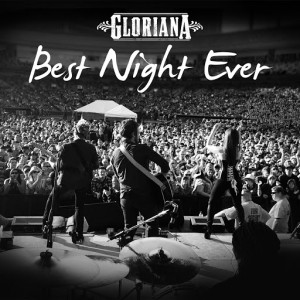 Gloriana bolted to the country scene with their 2009 summer hit, “Wild At Heart,” and haven’t quite been able to find substantial success since.  However, their latest effort, “Best Night Ever,” is definitely worthy of “summer anthem” status.

Although we have heard the typical ‘meet-the-person-you-have-been-waiting-a-lifetime-for’ song, this Luke Laird (Little Big Town’s “Pontoon”), Hillary Lindsey (Carrie Underwood’s “Jesus Take The Wheel”), and Ashley Gorley (Luke Bryan’s “Crash My Party”) smash is as hit-worthy as a song can get.

Laird’s Publishing Company, Creative Nation, posted the demo quite a while ago on their SoundCloud page and we have had it on repeat ever since.  The infectious melody starts slow; deceivingly giving way to the hard-to-get-out-of-your-head chorus that shapes the song.  The wordy alliterations make this high-energy, up-tempo simply irresistible.

“We shook the world like a rocket/ Dancin’ with my hands in your pockets/ Sun comin’ up couldn’t stop it/ When she talked I just wanted to listen/ And just like that we were kissin’/ Whenever I get to reminiscin’ / I think about what started out as a / What’s up, catch a buzz, talkin’ ‘bout whatever / Ended up being the best night ever.”

As you can hear on the demo, which sounds like a mastered recording, this trio of Nashville writers has as much writing as vocal talent.  Hillary Lindsey lends background vocals to the track, having sung on such recordings from Martina McBride, Trisha Yearwood, Sara Evans, Dierks Bentley, etc.  She has not only written more than half of Carrie Underwood’s catalog but she has an impressive 12 #1 singles to her name.  Luke Laird’s credits include 15 #1 singles, which most recently include Eric Church’s “Give Me Back My Hometown.”  Ashley Gorley is responsible for such #1 hits as Brett Eldredge’s “Don’t Ya,” with currently 16 chart toppers to his name.

Hailing from Utica, New York, I may be biased as Tom and Mike Gossin are from my hometown.  However, I believe this song has the potential to put them back high on the charts.  Listen to the progression from the fantastic demo recording to Gloriana’s radio-friendly single.

Listen to Gloriana’s Version Below: