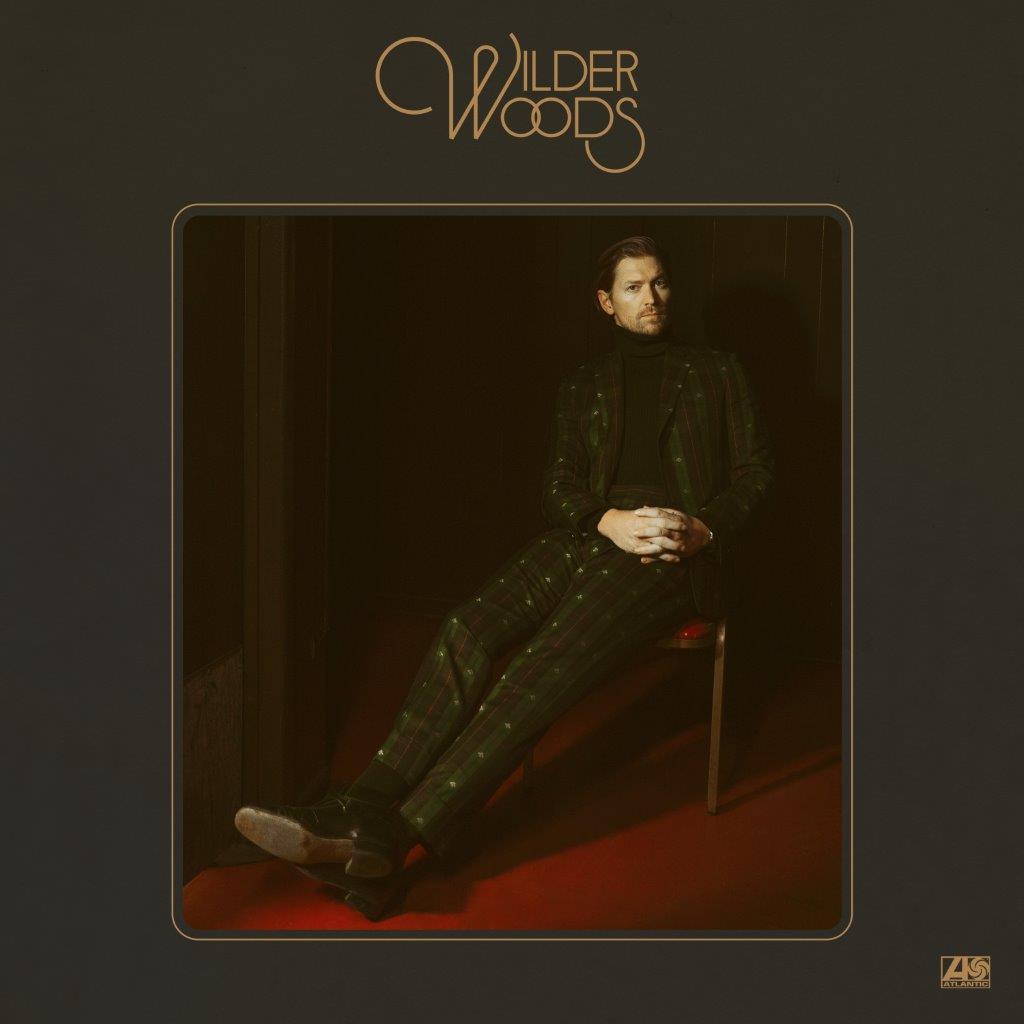 “Is this weird enough to make the record?’” This was the question Bear Rinehart says he asked himself while in the studio making his debut solo project. Wilder Woods, available now via Atlantic Records, marks his first artistic venture outside of Needtobreathe, the band Rinehart has led with his brother, Bo, since the mid-2000s. The possibilities of a new album and artistic persona were long-imagined but largely undefined until a recent move to Nashville and a rare pocket of free time sparked the initial writing sessions and demos.

On a trip to Nashville (Rinehart did not officially put down roots there until last year), he found himself in a writing session with Gabe Simon, and the two wrote “Electric Woman” in just a few hours. “I just thought, man, there’s something interesting about me and him together,” he recalls via phone, explaining their collaborative energy as a “musical brotherhood.”

The track is a clear album standout. It bursts with high-voltage guitar and an addictive, rough-edged chorus, while flaunting sexy lyrics that, despite their presumed ties to his real-life muse (Rinehart’s wife, Mary Reames, is one of the album’s pillars of inspiration), depict desire and admiration with universal intrigue and appeal. “We’re chasing this now,” Rinehart said of the track’s benchmark position in the album’s beginning stages.

Along with Simon and a handful of other new studio-mates, Rinehart set off to bring the genre-bending neo-soul sounds in his head to life. “From there it just went,” he says. “We tried out studios, and ended up at Layman [Drug Company]—it’s beautiful and simple … an old-school approach.” He also credits Nashville’s lush pop and alternative scenes with providing a pool of fresh talent for the album, which includes engineer Konrad Snyder (Mat Kearney, Milo Greene, Kopecky), Trent Dabbs, Natalie Hemby, and other artists beyond the Americana-flavored confines of his previous sound. “I tried to meet as many of those people as I could, the people who do [what is] most different from what I normally do,” he says. “I was looking for people to scare me and take me out of my comfort zone.”

Amidst the vintage vibes present throughout the album, Rinehart says he didn’t want to make a throwback record. Instead, he worked to blend modern alternative sounds with old-school soul to create a collection of refreshingly “weird” songs. “It was a crazy mission in a very Nashville way—three people who have no business being in a room together helped to define the sound,” he says of the collaboration process. This sound, of course, achieves Rinehart’s original goals for the album—the tracks refuse to be boxed into any one genre. Listeners will find doo-wop ad-libs (“Supply and Demand”), gospel choir background vocals (“Light Shine In” and “Someday Soon”), and funky electric guitar (“Feel”), all swathed in slinky R&B mood lighting and grounded with a little Southern grit.

“I was going to break some of the rules that Needtobreathe follows,” Rinehart says. “I put some influences in there that I haven’t done vocally, channeled some things I wanted to do more. I always wanted to do soul songs as if Jim James is singing them, with shorter phrases and more falsetto.”

Rinehart would bring a newly-written song to Simon, and the two would “mess it up as much as possible,” he says. “The references would be very strange—let’s just take this straightforward song and put grooves that make it sound like it’s underwater.” Despite the album’s sincere lyrics and a conceptual backbone of more traditional themes like love and family, its final sound was very clearly borne of Rinehart’s drive to experiment and go against the grain. The album is “naughty by nature,” he suggests, alluding to his team’s sonic choices and production decisions. “We tried to approach things in a different way: if this sounds like what’s coming out right now, we don’t want it,” he says. “We took a lot of left turns.”

For all the focus on change and sonic diversity, the end result is satisfyingly cohesive, though Rinehart’s original idea for the record was to divide the songs into two camps: “Wilder” and “Woods,” inspired by Rinehart’s two sons. The tracks can still be loosely categorized; for every heavy-hitter like “What Gives You the Right,” there’s a gentler nod to family ties and Divine Providence, like “Hillside House.” (The latter came about after a chance coffeeshop meeting prior to Rinehart’s move to Nashville, which led him to a “big white house on a hill” for sale at the time. He visited, wrote the song on the spot, and moved his family into the house soon after.)

As for his upcoming tour, to say Rinehart is excited would be a gross understatement. “People are going to freak when they see this band,” he says. “Everything has exceeded my expectations—I think that’s going to make it real. It’ll be a big show, very different than anything they’ve heard before.”

Catch Wilder Woods live at one of these tour dates, and follow along via socials here.