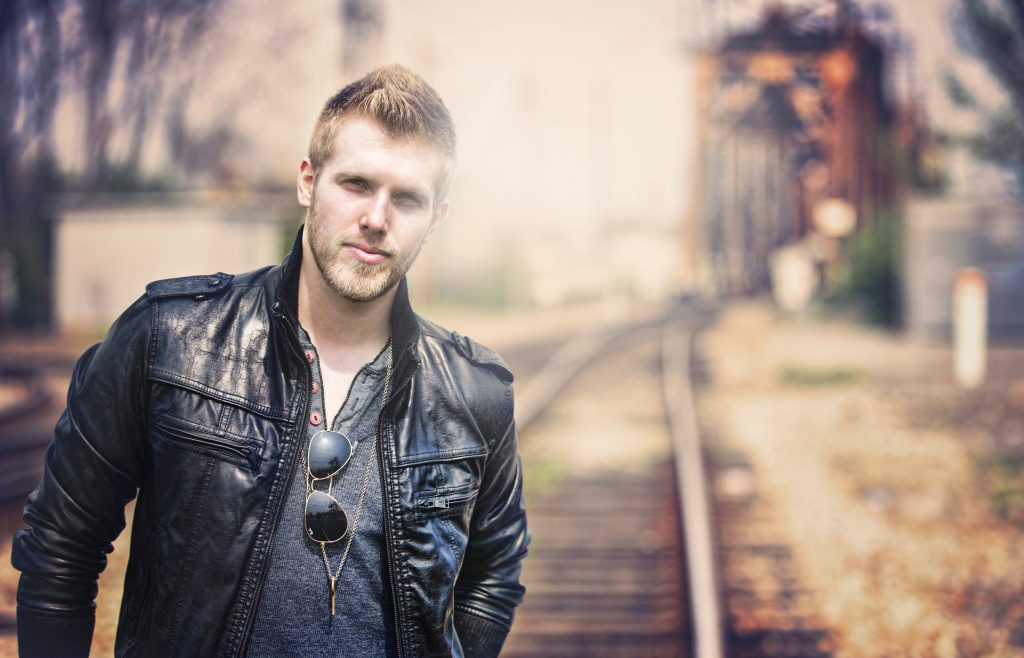 For country artist Brandon Ray, a rock-infused energy is almost in his blood. His current single, “American Way,” boasts a beers-up, dig-in groove, and his live set explodes off the stage, from high-energy originals to covers like Justin Timberlake’s “Drink You Away.” But for Ray, the infusion starts much earlier; the artist grew up on artists from George Strait and John Mellencamp to Ozzy Osborne and Pantera. In high school, he toured in a band with his brother and played in the Warped Tour for three years straight, opening for artists like Fall Out Boy. “It got pretty crazy,” he says of the rock shows. “They’re like, ‘Hey, security’s not really gonna be present tonight, so if you could do some crowd control;’ you’re like, what? Like that’s rock and roll music, telling people to get crazy, so you want me to tell them not to? What is happening?”

Country storytelling drew him to Nashville, where he moved in 2009 to hone his sound. “I used to kind of push it away a little bit,” Ray says of his rock background. His voice has an inherent rasp that Ray initially steered away from, opting instead for a country sound. It was co-writers like Nick Brophy (Kip Moore, Big and Rich), Brett James, and Corey Crowder that brought Ray’s signature sound to the spotlight. “They’re like, ‘Dude, bring that out, you sing in the rafters so get up there,” he says. “Just encouraged me to just really be myself.”

It’s a mentality that clicked for Ray, who continued to challenge himself in the writing room and even opened his mind to what can be a tough decision for some songwriters: recording a song he hadn’t written. “I’m really, really country; I mean, I’m dirt poor in the country, we’re hicks, all that stuff, we work our asses off,” he says. “It’s like the song, like we work all week just to get to the weekend – can’t be ashamed or afraid of who I am.” “American Way” epitomizes Ray’s background, which made the Kip Moore-written song stand out to the artist. “Once I started being myself,” he continues, “that’s when every single door started to open. That was the best advice I’ve ever gotten was [to stop] chasing the radio, stop chasing what other people are doing, and just be yourself because you can’t fake real.”

Ray started playing guitar at 13, and wrote his first song a year later. When he and his brother hit the rock circuit in high school, they clocked 250 shows a year. “I learned so much about every side of the industry,” he says. “I booked all the shows, I managed us, I wrote all the songs, fronted the band, and sold all the merch. It was a touring college for me for sure. After that was all over, I moved [to Nashville] in ’09. I really wanted to learn the craft of songwriting – I had been doing it by myself for so long.”

Ray began to write with friends and eventually landed in songwriting rooms with writers whose names he’d long known from poring over album liner notes. “I’d be writing with them and really just soak up every single piece of knowledge,” he says. “What it taught me is there is no wrong way to write a song. At all. You don’t have to start to with a melody, you don’t have start with a lyric, it could be a guitar lick or a word or a title. Once I realized that you’re free to do whatever you want, that’s when I really really started writing the best songs.” Ray signed a publishing deal with Sony ATV, for whom he still writes. “The sky’s the limit and we’re just gonna have fun and be ourselves here,” he says. “We’re just gonna do what we do. God gave us this talent and we can do this.”