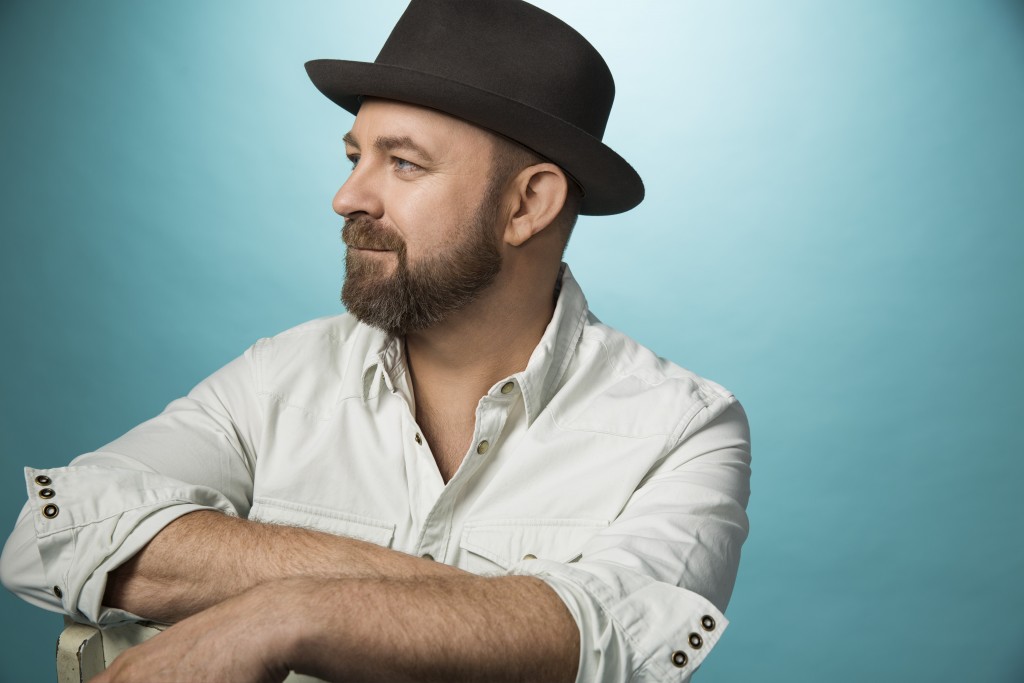 Kristian Bush has had a busy 2016 – he recently wrote the theme song for “Say Yes To The Dress,” the music for the play Troubadour, and is gearing up for his sophomore solo album. We caught up with Bush beachside before his set at Ft. Lauderdale’s Tortuga Festival, where he spoke to us about songwriting and the differing dynamics of festival season.

How does playing a festival differ from a regular show?

Festivals are always their own animal, cause it’s what you can do under the most possible pressure. You have no soundcheck, you have no production, you have no help, it’s the great equalizer. It’s one of the reasons I love playing it, cause a great entertainer will show up at a festival and kill, at any time of the day or night, with little or nothing, and you start to see people go to school on that. So I like to go to festivals and see other artists and see where they’re succeeding and what that is. I try to make a habit of at least some of the big, even rock festivals – I went to Lollapalooza a couple years ago and I was just taking notes. It’s a fifteen thousand seat bar – you gotta convince them.

When you’re writing, do you consider the way the songs will play in settings like this?

Absolutely. I’ve been doing it for years with Sugarland: understanding that communicating with the most amount of people starts at the songwriting stage and because I wrote all of our songs that are mine it’s a very quick feedback process – you know when you’re failing. You walk up and you’re like, that’s not working, and you immediately go back and write the songs that seems to work. It’s great feedback.

Do you have a standard writing process – lyric first, melody first – or does it tend to vary?

As a writer it’s been so accelerated for me in the last five years. In Sugarland I would usually write about 17 songs and we’d just cut 10. And that was it. Now I’m writing 150-200. So it’s very different. A lot of those songs are recorded by other artists. I’m writing a play right now and so it’s turning out that I’m learning so much more by writing so much more. And I could tell you which bus each song needs to go to. I didn’t know that before, I wasn’t aware.

Speaking of songs recorded by other artists, are those things you write consciously with them in mind?

I’m not very good at that. I’m only good at that in my own band and with my own self. I can figure out maybe what the right thing is to do with Jennifer and I because I know her voice so well and I know her sound and where she can emotionalize things and where her sweet spots are. I know that about myself, or at least I’m learning that, more each day, it’s very difficult. I wrote a song the other day and Frankie Ballard put it on hold and I was like, why is that happening, there’s no way, and then the same song got singled out for a Little Big Town thing and I was like really? So I think it’s impossible to pick that. They’re pitching songs to me for the first time so I’m on the other side of it now. When a song lands it’s perfect.

One of the songs on your most recent record Southern Gravity, “House on a Beach,” was a co-write with Canaan Smith. How did that come about?

I wrote it for his record! I brought in the first verse – the chorus and the first half – and he wrote like the next two lines and he was like, man, it’s not for me. And then parked it and I took it home and finished it a month later.

Sometimes that happens. The same thing happened on that record – I started a song for a band called NEEDTOBREATHE. They called and said hey, wanna come by? So I went over and sat with them and was like, god I love this song. It took me like all of a day once I got home to sing it and I was like guys, I’m so sorry but I like this, can I put it on my record?

You never know. And I think thinking it too much you just feel more… use your heart, not your head. The science of writing and the emotional experience of writing are very different. I think you can get lost in the science if you look at it the wrong way.