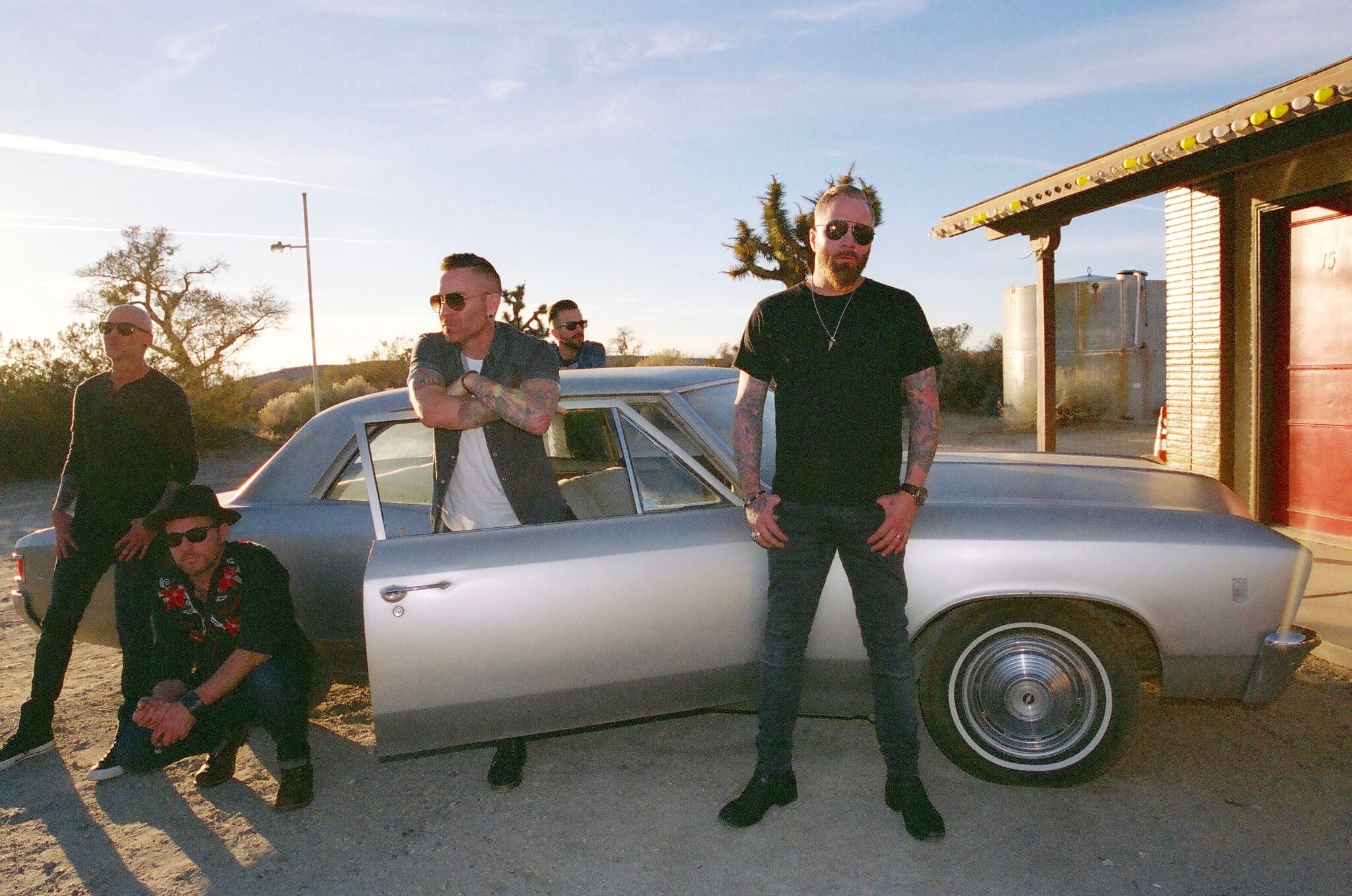 The path artists often travel from pop, rock, or even hip-hop to country music is well-worn and nothing new. As Nashville’s skyline is increasingly marked by glass-sided hotels, and Music Row offices are razed for mixed-use high rises, so too the musical landscape is changing. For some acts who found fame in the 90’s, Nashville – and country music, specifically – are a great place to try their hand. Mark McGrath (Sugar Ray), Uncle Kracker, and Kevin Griffin (Better Than Ezra), released a few years ago “B.Y.H.B.” (stands for “bring your hot body.”) While the Backstreet Boys have found success collaborating closely with Florida Georgia Line, AJ McLean’s recent country release, “Back Porch Bottle Service,” did not meet the same reception. Instead, a different signal is sent: that of a severe disconnect between back-then and what’s-next.

“I’m in Nashville about a third of the time, I have a house on the east side,” Lit’s Jeremy Popoff shared via phone earlier this year. He’s been coming to Nashville to write for over a decade, and he and the band just released a country-infused album that blends their pop-punk roots seamlessly with Nashville sensibilities.

At their release show at The Cowan, there was no hint of a “nostalgia act” label; culture-defining songs like “My Own Worst Enemy” fit smoothly into their set list next to new releases like “All Eyes On Us.” This time next year, the Californian will be in Nashville full time; Popoff’s son is a senior in high school, and once he graduates, he’ll be full speed ahead to Music City.

“It should be more bittersweet than it is, but it’s not,” he says. “We really can’t wait to get out there and just spend most of our time there. It’s way more where we need to be.”

Popoff first came to Nashville for music in 2005. A producer in town wanted him to play a riff on an NFL commercial, and while he was there, his manager booked him some co-writes. “I fell in love with it, day one,” he says. “On my way to the airport that first time I was already on my phone booking my next trip.” He spent about a week a month in Nashville over the course of the next couple years, eventually buying a house in Brentwood and bringing his brother (and Lit frontman) A. Jay Popoff and guitarist Ryan Gillmor to write as well.

“We were also bringing Nashville guys out here to California,” Popoff recalls. Jamey Johnson wrote a portion of his That Lonesome Song record while staying at Popoff’s house in California. “What kept me coming back [to Nashville], I think what really draws everybody there, it’s just that sense of community, it’s the creativity, and there’s just no place like it.”

As Nashville continues to make its mark on Lit, so too does the band’s lasting impact shape country artists. Dustin Lynch, who joined the band to perform “My Own Worst Enemy” at the Cowan, frequently includes the song in his set-list to sold-out country festival crowds. “It’s pretty cool to see that many people just jumping up and down and going crazy for that song,” Popoff says. “It still blows our minds.”

“Me and Jeremy have been writing for probably seven or eight years,” says songwriter Jonathan Singleton, who owns publishing company 50 Egg Music (Luke Combs) and whose hits have been recorded by David Nail, Billy Currington, and Tim McGraw. The initial focus wasn’t making a country record, but simply on writing songs together, to pitch out or otherwise. “You always got a little bit cooler song with Jeremy, just cuz that’s where he came from, the rock thing, and he wasn’t writing down the page, like a country artist would,” Singleton says.

“I think initially how it started was, anytime we sat down to write a song, we weren’t trying to recreate something that Lit had done in the past, we were just trying to write great songs that we loved,” Popoff remembers. “And then we went into the studio and starting demo-ing some of them up, we just said, ‘Hey, let’s record, instead of just turning these songs in and trying to get them cut, let’s record them and let’s see what it sounds like with Lit doing them,’ and we loved it and it just felt right for us.”

“The talk was, we’re not doing a country record, we’re doing a Nashville record,” Singleton adds. “I think that’s the difference – [a lot of artists] are trying to come and do and country record, and that’s not what those guys did.”

“We wanted it to be a southern California meets Nashville kind of hybrid,” Popoff shares. “We grew up on a lot of stuff that was California country; I mean, the Eagles were the first California country band. We just wanted to show people where we were at in our lives at this point.”

The record very effectively meets in the middle. Live at the Cowan, new songs fit seamlessly into a setlist peppered with hits that topped charts at the turn of the century. Songs written with country hit-makers fit fluidly with introductions of songs that had appeared in the American Pie movies more than a decade prior.

As rock has aged and, as some have argued, become increasingly similar to country music, so too have Lit’s sound and scope ripened, and with as much energy as ever. These Are The Days doesn’t shy from sunny acoustic riffs, energetic electrics, and punchy percussives. “Welcome to the Party” is a high-octane sports-ready anthem, “Easy” could pass as a pop-rock sibling of a Florida Georgia Line song, and “Fast” channels Nashville’s strengths on the existentially-tinged “Fast.” “Headstone” seems particularly steeped in Nashville songwriting, commenting on legacy through the lens of the etched signpost atop one’s eternal resting place.

“The people that created this album with us are just literally my favorite songwriters in Nashville, and it’s so cool to be able to be a rock and roll band from southern California and be able to call these guys up and get in a room with them and create this stuff,” Popoff says. “I can’t wait to do it again.”