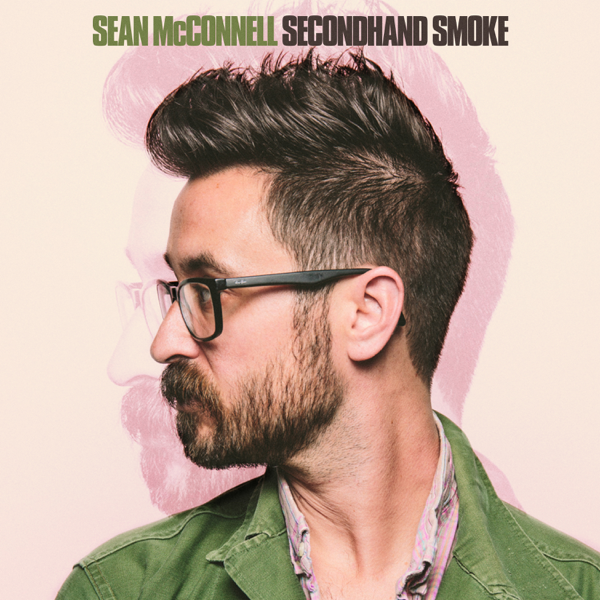 Sean McConnell comes from Athol, Massachusetts, a suburb of Boston, and is one of four children born to musical parents who were deeply rooted in the folk scene. As a child, he was always surrounded by music and frequently attended local shows with his family.

His early influences include artists such as Harry Chapin, James Taylor, Joni Mitchell, and Crosby, Stills, Nash & Young, along with many other singer-songwriters from that era. A self-proclaimed music lover in general, his taste can vary from folk to classic rock and Michael Jackson to the Wallflowers.

McConnell began playing the guitar and writing around the age of 10. “I was just bitten by the bug, it’s just one of those things that was in my blood and I just never looked back,” he says. In fact, he recorded his first album at the age of 15 with the encouragement of his guitar teacher at the time. “It was so exciting—I can still feel that feeling of the first time you’re doing a record,” he says. “Every little thing is exciting. I still feel that way—I love the studio, I love the recording process.”

The music McConnell makes is special. It’s filled with imagery, emotion, and spiritual connections. His ability to connect with people and their own experiences through his words is an extraordinary gift to music lovers. “Quite often the songs are autobiographical, whether that’s literal or I’m putting an experience into someone else’s story, there is always a part of me in the songs,” McConnell says. “Some of them are a lot more literal than others—I think you have to bring your experiences into a song even if it has nothing to do with you.”

McConnell recorded and produced his most recent album, Secondhand Smoke, entirely at his home studio. He also played every instrument on the record. He says it was a conscious choice that he wanted to explore and experience:

“I had the time in my own studio to just do it all. This was definitely a year of growth for me as a musician. I felt an urge to do something different. I was excited to play instruments I normally don’t play and explore sonic landscapes that I normally don’t explore. I was passionate about the thought of creating it that way. There’s no staring at the clock, it’s a much more relaxed environment. I was allowed to be patient. I think because of that, sonically it’s a very different sounding record. There’s a lot of experimentation on there that I wouldn’t have time for otherwise. It was a very intoxicating process.”

Honestly, it’s hard to pick only a few favorites off this album—every song is genuine and engaging. “Everything That’s Good” is a personal song inspired by his 8-year-old daughter, and it’s beautifully written and delivered with honesty and passion.

McConnell describes the standout track “The Devil’s Ball” as one of those songs that “just happened” and really came out of nowhere. “It really set the sonic bar for the record, the cinematic sound of that song was something that I used as an anchor for the rest of the record” he says.

The title track itself is loaded with imagery. Each detail dramatically unfolds throughout the entire song, transporting you into the front seat of his father’s gold sedan, where you can virtually smell the smoke. It’s no wonder he says it’s “One of those songs that I know I’ll play for the rest of my life.” Striking a different note, the more lighthearted “Alien” is a fictitious love song about an alien and earthling. Sound odd? It’s so much deeper when you dig into it. McConnell explains, “Even in a song like that, I’m bringing memories or feelings or experiences that I’m familiar with—I think it always comes from an honest place.”

Although not necessarily intentional, McConnell often includes spiritual, even biblical references in music. He explains that it’s not necessarily something that he sets out to do: “I’m so fascinated and connected with the spiritual journey of all of us, and it’s something I think about all the time. I think it just leaks out subconsciously when I’m writing.” Another track, “I Could Have Been an Angel,” explores that fascination. The song tells the story of how any of us could be someone else if our circumstances were different. He sings: “Jesus and the devil spent 40 days / Trying to figure out how they got this way / Talking about how you fall from grace in the first place / Devil said I didn’t ask for this / Yeah, I’m not some kind of masochist / Nobody plans to be an anarchist / Oh, if I could change / I was a baby just like you / I had a soul shiny and new / But there was a ghost in my machine / He got hungry and I got mean / Lucky you, you got the halo / You know I could’ve been the angel / You could’ve been the devil.”

As evidenced on the album, McConnell is the definition of a storyteller, and lets the songwriting speak for itself. “The song runs the show for me, it leads the way,” he says. “I don’t feel like I’m totally in control, I feel like it’s happening through me.” His ability to explore personal stories and experiences is truly exceptional—his creative approach always authentic, and the results consistently impressive. Secondhand Smoke is yet another shining addition to his catalog.

Follow Sean McConnell on his socials for the latest updates and order Secondhand Smoke here.

10. “Another Song About a Broken Heart” (Gabe Dixon, McConnell)

Previous Post: Premiere: Behind the Song – Amy Wilcox’s “The Runnin'”
Next Post: Words from the Pros: Josh Mirenda Discusses the Mental Approach After Your First #1