Introducing Sophie Sanders: 5 Things You Need to Know About the Rising Singer-Songwriter 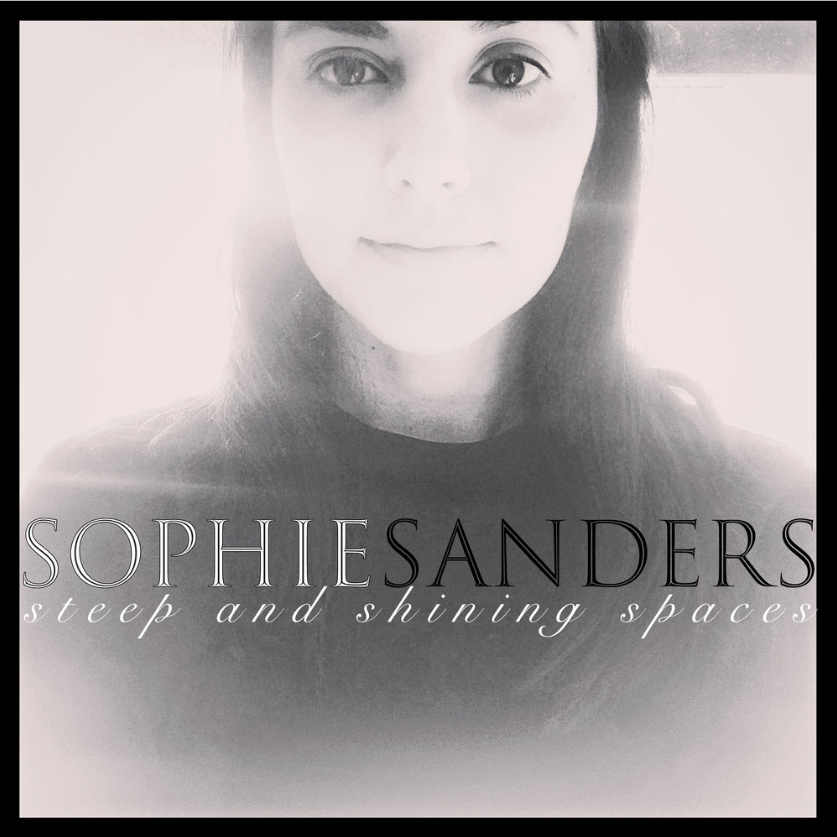 “I see myself as a songwriter first, solo artist second,” confessed Sophie Sanders, whose debut single “Still Waters” was released on streaming services this past August. Nowadays, the soft-spoken songwriter is emerging from behind the scenes and getting acquainted with her newfound place in the center of attention. Judging from the poeticism of the single’s lyrics and Sanders’ delightfully gentle vocals, she won’t be receding into the background anytime soon. After having the chance to chat with Sanders recently, here are five things every music fan needs to know about Nashville’s latest up -and-coming artist.

1. She’s no stranger to the country community.

Even first-time listeners will notice a familiar voice on “Still Waters,” and that would be none other than Amy Grant. The single was produced in a home studio belonging to country veteran Vince Gill, Grant’s husband. When she wasn’t focused on the recording, Sanders says she marveled at the hundreds of guitars adorning the studio’s walls, relishing in Gill’s stories about each one.

“It was like walking into a friend’s house,” remarked Sanders. “Amy was so modest. She told me, Well I’m not the best at singing harmonies.” Sanders laughed at the memory, “I told her, now I don’t think that’s true.”

Sanders’ ties to Nashville predate that afternoon in Gill’s studio. Her father, Mark D. Sanders, had a hand in shaping the landscape of country music in the late 90s and early 2000s. (He penned Lee Ann Womack’s hit “I Hope You Dance” and Faith Hill’s “It Matters to Me.”)

2. She never really planned on being an artist.

Despite growing up fully ingratiated in the Nashville music scene, Sanders never intended to follow in her father’s footsteps. It wasn’t until after graduating college (with a B.A. in psychology and anthropology) that she even picked up a guitar.

“I was home from college after getting my wisdom teeth out,” Sanders recalled of her first introduction with the instrument. While the guitar may have been unfamiliar, writing itself was not. She is a longtime writer of poetry and prose. Songwriting, then, was an inviting challenge from which there was no looking back.  For the past five years, Sanders has been writing in Nashville.

Of her own songwriting process, she says she likes to start with a title or a hook to build upon. “I read the line still waters in a book,” she explained, “Then I sang at my keyboard and wrote the rest of the song.”

Sanders debut album, Steep and Shining Places, is due for release on November 30th. Each of the tracks will be released one at a time on streaming services. Since “Still Waters,” other singles, “Easy Enough” and “Sky Blue Sky” have also become available.

“Originally the album was supposed to be called Still Waters,” she explained, “But [Steep and Shining Spaces] is part of a lyric I love, and I’m obsessed with alliteration.”

4. She is inspired by Lori McKenna.

McKenna’s latest album, The Tree, is widely admired for her breathtaking storytelling. For Sanders, listening to McKenna offers a glimpse into what she hopes to achieve herself: “She’s made a whole career writing for others, but also makes her own music. That’s my ideal lifestyle.”

Naturally, the many sessions spent writing with her own father have had an impact on Sanders’ individual writing process as well.  “He’s mostly retired now, but I can still hear his voice in my head when I’m writing.”

However, beneath the influences from other artists evident in her work, there is a unique voice unequivocally her own. It is this voice that inspired her to take a break from writing for others.  “I knew it was time to transition from songwriter to artist because of the sheer number of songs I had written for myself,” Sanders said. “I didn’t know if they should belong to someone else.” Out of those songs, Steep and Shining Places was born.

5. Her sound won’t be confined to genre expectations.

Felix McTeigue – whose career has never been strictly confined to the Nashville scene – produced Sanders’ upcoming record. “He pushed the record away from having just one sound,” Sanders said of McTeigue’s influence.

For instance, her most recent single quite different than “Still Waters.” The track, titled “Sky Blue Sky,” is Sanders’ self-proclaimed favorite. “It’s hard to define as a genre,” she explained, “The lyrics are definitely rooted in country but production wise it’s very different.”

Sanders never set out with the goal to appeal to mainstream country radio. “I’ve learned from my dad that trends come and go, music sways. You just have to keep doing what you’re doing.”

Listeners will be grateful that Sanders heeds the advice of her father and lets only the force of her own poetic voice dictate the course of her emerging career as an artist. Listen to pre-release tracks on Spotify below, and stay up to date on her website.