Jason Isbell Blows Away Competition with ‘Something More Than Free’ 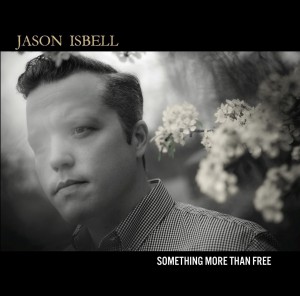 After releasing critical behemoth Southeastern in 2013, Jason Isbell had a task on his hands in how he would follow up what is widely regarded as a modern-day masterpiece. How does one continue to grow artistically after putting out what many consider to be a flawless album, one that may not be surpassed within the genre for many, many years? Well, Isbell did it, and he did it in marvelous fashion, as Something More Than Free, while not quite at the level of Southeastern, is head and shoulders above the vast majority of album releases in 2015, and further establishes Isbell as the benchmark upon which songwriting should be matched against.

While much of Isbell’s discography is made up of vivid, heart-wrenching stories from the heart of the everyday civilian, Something More Than Free tackles things in a different manner, as the majority of the album is compromised of songs of both reflection as well as bracing for what’s ahead, potentially in a biographical fashion as Isbell starts to turn corners in his own life.

What’s important to note about this album, the fourth of Isbell’s solo career, is that while past albums have tackled topics with boldness and audacity (a prime example being the strategically placed ‘F’-bomb in Southeastern‘s “Elephant”), Something More Than Free is executed in a more subtly poignant way, thus requiring a more detailed listen to fully grasp the cohesive message of the album. While perhaps not quite as straight forward as his past work, the overall listening experience may be just as, if not more rewarding.

The album kicks off with “If It Takes a Lifetime” which, despite Isbell’s often prominent rock influences, is fully entrenched within traditional country roots, and lyrically, is a strong representation of the project as a whole, with a man reviewing in his mind what he’s doing with his life, determined to find happiness. The rest of the album tackles things in an edgier fashion sonically, with songs like “Palmetto Rose” featuring a southern rock-esque arrangement, while the retrospective “24 Frames”, a semi-anthemic number about appreciating life in the moment, told through the view of a third-party source, seamlessly blends the line between rock and country to make for an undoubtedly satisfying listen.

Tracks five, six and seven make up the nucleus that best showcases Isbell’s talents as both a songwriter, and a performer. “Children of Children”, a biographical story that relates to Isbell’s own mother, who had a child in her teenage years, is brilliant in that catches the mother’s husband at the moment where he comes into realization of the severity of the situation. Title track “Something More Than Free” taps into the small-town America feeling with such rawness and poignancy that makes for not only a relatable, but also touching moment in a collection of songs that remains largely on the positive end of the spectrum. The final recording of this segment, “The Life You Chose”, is also the album’s strongest moment, and one of the finest of Isbell’s illustrious career. Built around the hook of “are you living the life you chose, or are you living the life that chose you”, the track beautifully mixes wisdom and experience from the narrator’s perspective to the extent that it might just make the listener internally analyze their own situation in life.

As the album winds down, we get two more classic moments, with “Speed Trap Town”, a wonderfully vivid story about a boy leaving a small town after he starts to realize it’s not the paradise that many a modern-country song make it out to be, while the album closer, “To a Band That I Loved”, which may or may not be about his former group, the Drive-By Truckers, is a vividly painted, well-executed story about the progression of a band’s peak, to the narrator parting ways and moving on to a musical career of his own.

As per usual, Isbell wraps his throaty voice around each and every track, conveying emotion and breathing life into each recording in such a way that one could believe that each song is a personal memory from Isbell’s own life, while the production, as much as the rock roots may start to show, is generally restrained, leaving room for each lyric to deservedly remain front and center.

It’s impossible to compare Something More Than Free to Southeastern, as each album is different, and beautifully poignant in their own ways. While the latter wrenched our hearts out, the former is an inspiring, reflective collection that represents a turning point in both Isbell’s personal life, and musical career. It’s nearly impossible to follow up an album like his release in 2013, but he managed to pull it off in the best way possible, by both changing his style and maintaining the trademarks that made him a critical darling and Americana superstar in the first place. Let’s just take a moment and appreciate Jason Isbell. He is truly a generational talent, and it may be a while before we get another songwriter who is as talented when it comes to the vivid, real-life, well-crafted storytelling that is common practice throughout the entirety of this record.

Top Tracks: “Children of Children”, “The Life You Chose”, “Something More Than Free”, “To a Band That I Loved”

Grab Something More Than Free on iTunes.