For Kacey Musgraves, Going Against Country Norms Is Her Best Bet for Stardom 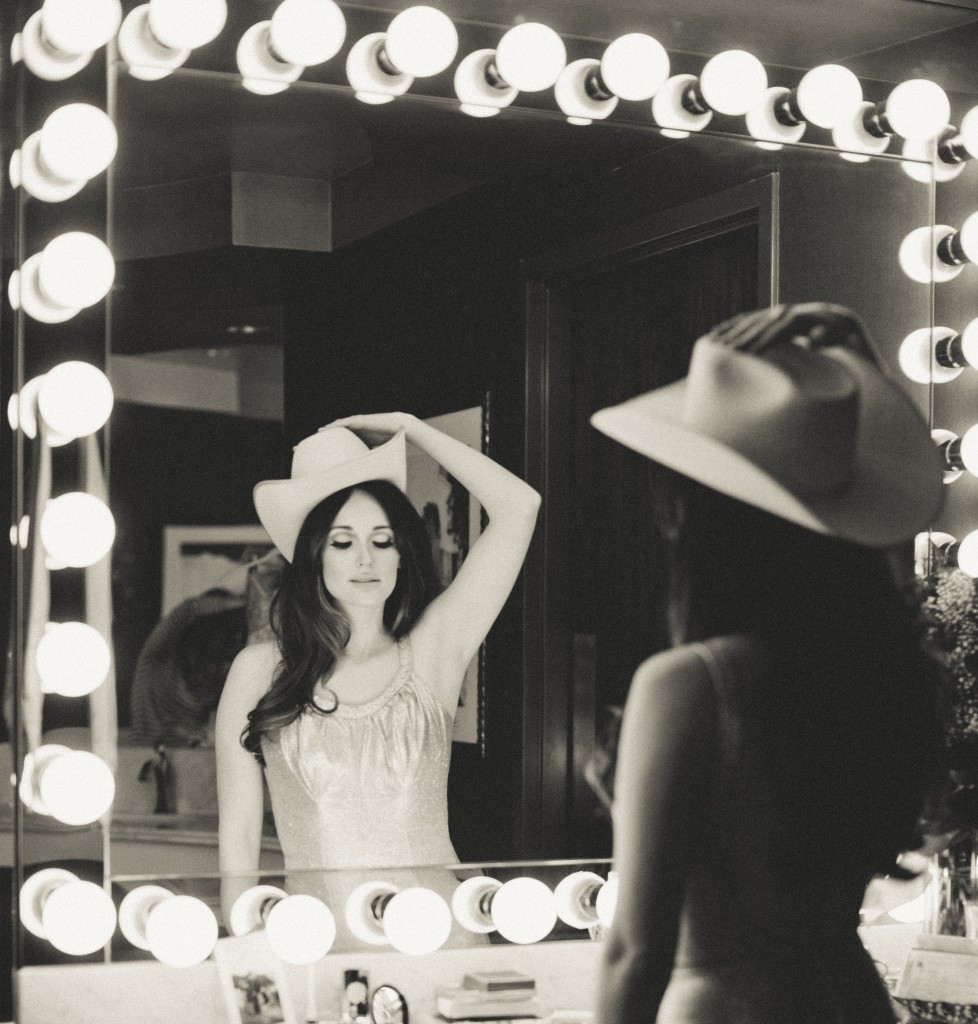 When country firecracker Kacey Musgraves opened up for the sugar pop Katy Perry on seventeen dates of her Prismatic World Tour last summer, there was a collective confusion among country and pop fans alike. Sure, the two had collaborated on CMT Crossroads; they also both have an affinity for bright, bold neon lights. It seemed, though, the similarities stopped there.

Despite some glittery, colorful branding, Kacey Musgraves creates music that sounds more Patsy Cline than, say, Charli XCX (another opener for Perry on her tour). Musgraves is a unique artist, but not because she is sonically innovative. She is completely unlike other female country artists, opting for quieter acoustic instrumentation and more subtle (but catchy) hooks. Put simply, she is a traditional country singer-songwriter with no bells and whistles attached.

There has been some nostalgia among country fans lately. They miss that “real country” sound from artists like Cline, Johnny Cash, Dolly Parton, Willie Nelson… the list goes on. Yet, Musgraves has somehow not filled that void. She is largely shunned by country radio. Her latest single “Biscuits” stalled at #41 on the US Country Airplay Charts. Earlier this month at Bonnaroo, she told the crowd, “They just pulled [“Biscuits”] off the fucking radio… whatever that means. Maybe they don’t like biscuits.” Or maybe it’s her progressive lyrical themes. Her most progressive “Follow Your Arrow” (she endorses same-sex relationships and smoking weed “if that’s something you’re into”) charted #43 — the lowest of all her songs so far — on the Airplay Charts.

With the country music industry turned against her, what’s a girl like Musgraves to do? Turns out, she and her team are thinking beyond her closed-minded genre.

Kacey Musgraves’ sophomore effort Pageant Material (out tomorrow) is not being promoted like a country record. She’s still talking to country publications and playing some country festivals, but she’s not stopping there. She’s also speaking with Rolling Stone and opting to play Bonnaroo over CMA Fest.

Not only are her choices unique for a country artist, but Musgraves is also breaking genre-established boundaries. This month, she became the first country artist ever to grace the cover of music magazine The Fader. A publication best known for covering indie rock and hip-hop, The Fader is exposing Kacey to a whole new world of fans and followers.

That isn’t to say she doesn’t already attract an atypical fan base in country music. “I see gay couples at my shows all the time,” she told Rolling Stone Country. “In the country world, that’s rare, which is sad. But it makes me proud.” And it should. As country music becomes more mainstream, Musgraves is paving an inclusive path for the LGBT community to follow her on her journey to stardom. She even had drag queens perform her tunes at the Pageant Material album release party.

Suddenly, Musgraves’ gig as Katy Perry’s opener begins to make sense. By exposing herself to new audiences that wouldn’t typically listen to country music, Kacey Musgraves is taking over not just country music, but all music. There’s a saying that goes, “if you can’t join them, beat them.” Well, Kacey, consider yourself a winner. Beat them you have.

Previous Post: Kelsea Ballerini Hits #1, Sets Record With “Love Me Like You Mean It”
Next Post: A Thousand Horses Releases Strong “(This Ain’t No) Drunk Dial” to Radio