Karen Jonas Pens Her Most Creative Work Yet With ‘Butter’ LP 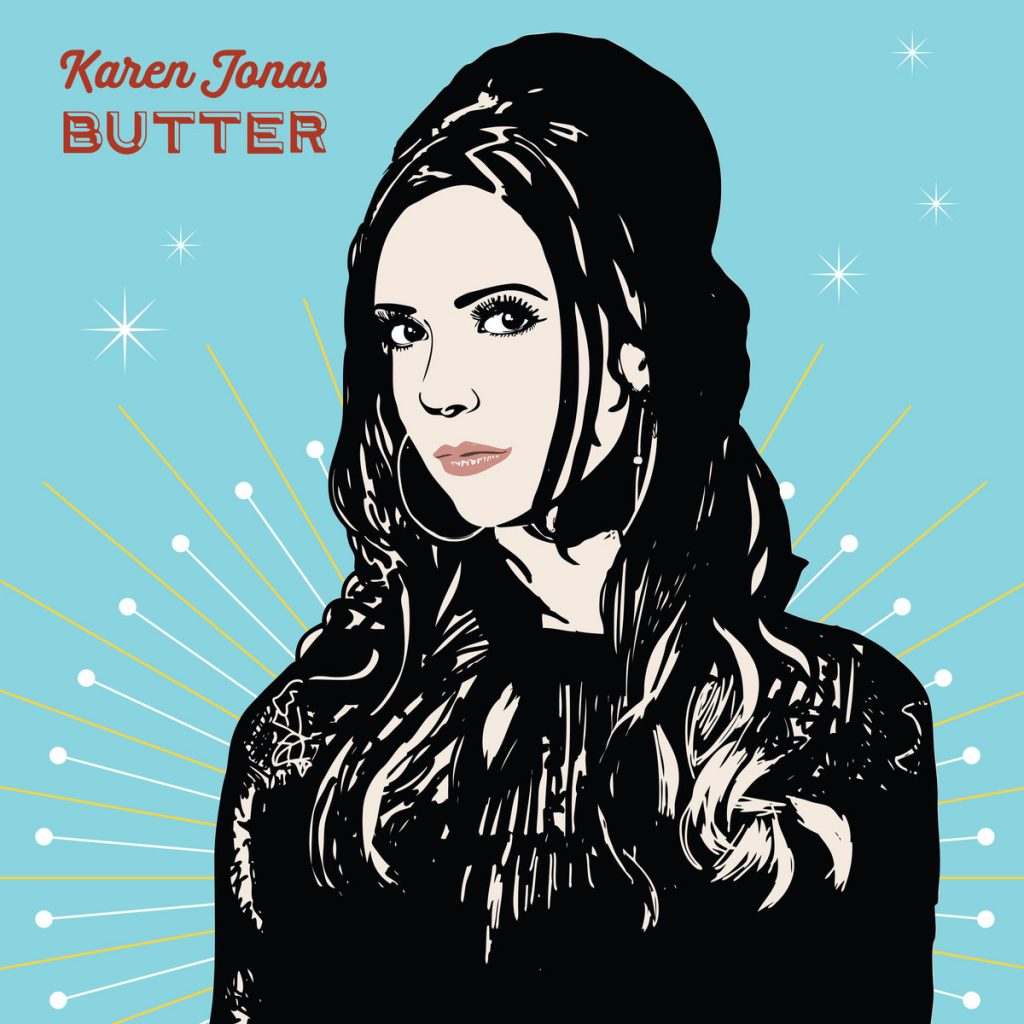 The best kind of artists are the ones who can evolve their sound while simultaneously staying true to what made them great in the first place. With Oklahoma Lottery, Karen Jonas brought a raw, fiery edge to the forefront that appeared on many “best of” lists for 2014. With Country Songs, Jonas evoked the Bakersfield sound to honor her heroes. On her latest album, Butter, Jonas continues to expand her sound, bringing in elements of jazz, ragtime, blues and bar-room soul for an album that’s easily her most creative work to date.

Personally, I wasn’t sure about this album on the first few listens. I knew it was different for Jonas, but it also felt a bit uneven in the first half. But, as I said, the best artists can expand their palette as long as they maintain their strongest elements, and in Jonas’ case, the playful, interesting writing ultimately kept me coming back for more.

We think of artists such as Jason Isbell or Travis Meadows (or a handful of others) when it comes to the greatest songwriters on the scene, but I’d argue Jonas deserves a place at that table, too. Sometimes, her talent is evident in the titles alone, like how “My Sweet Arsonist” is really about wanting to rekindle the flames of love as the couple ages (even if I would have liked to hear a little more firepower in the production, given the title). At other times, it’s masterfully crafted in a story-like manner, like how the one-two punch of tracks like “Mr. Wonka” and “The Circus” could easily be metaphors for what it’s like to survive in the music business – it’s fascinating to hear lines like “Everyone here has a mask on and I don’t know who to believe” and put it in the context of the industry.

Two highlights can be found in the middle of the album, with “Kamikaze Love” and “Oh Icarus.” The former track just may be my favorite song she’s crafted to date, with a darker, spacious sound that lends itself nicely to Jonas’ softer delivery. Given the definition of “kamikaze,” it’s shocking and delightfully odd that the sentiment of going out together in flames works as a love song.

“Oh Icarus” can be seen as another nod to the industry, with its description of burning out, both literally and figuratively. (Luckily we don’t have to worry about that with Jonas.) This is really where the broader appeal with the production of this album comes into play. True to its theme, the song continuously builds up and rises to new heights, especially during the chorus, blending in Spanish strumming with ragtime trumpets to create something dark and oddly catchy.

Fans of Jonas’ previous work will surely also appreciate the classic country feel of “Mama’s First Rodeo.” The title track may also rely more on flair than substance, but considering she really brings that jazzy firepower needed, it works out nicely. Enough also can’t be said again in terms of the passion that was brought out in all areas on “Kamikaze Love.”

Overall, Butter is certainly a different album for Jonas, but it’s also one that sticks with you in the best way possible if you really give it the chance it deserves. Jonas continues taking chances with her music in ways that pay off nicely for her, as Butter is not only her most creative work yet, but also one of the most creative of 2018 so far. Find the album here.