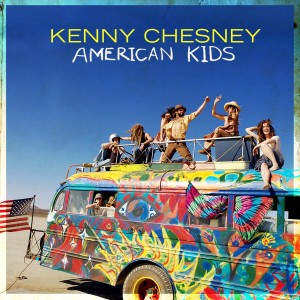 Here at The Shotgun Seat we want you to discover the unsung heroes who are behind the spotlight and responsible for the songs in the industry. This is the first in our “First Cut” series which gives our readers an insider’s listen to the original demos of tracks cut by country all-stars.

Powerhouse Nashville songwriters Shane McAnally, Luke Laird, and Rodney Clawson are behind the newest Kenny Chesney single that was recently released to radio, “American Kids.”  You may not immediately recognize their names, but these three are each heavy hitters in the industry.  Recently posted on Laird’s SoundCloud, we want you to hear the songwriter’s original version of this soon-to-be smash.

Chesney has taken other McAnally songs to the top of the charts (“Come Over” and “Somewhere With You).  McAnally and Laird are Grammy award-winning co-producers on Kacey Musgraves’ debut album ‘Same Trailer, Different Park,’ not to mention they each have multiple songwriting credits on the album as well.  BMI’s reigning songwriter of the year, Clawson, is responsible for such hits as Blake Shelton’s “Drink On It,” and Luke Bryan’s “Drunk On You.” It goes to show that even if you haven’t heard their names, these guys are the creative minds behind some of your favorite songs.

As is normally the case in the country genre, the songwriters’ demo makes very few changes from the version you’ll hear Chesney singing on the radio – a statement for all three of these talented songwriters who are behind-the-scenes of these super-sized radio hits.

As a bonus: check out Laird’s original cut of “Smokin’ and Drinkin'” from Miranda Lambert’s newest release Platinum.

Previous Post: Might We Have a Trend? Maggie Rose Releases “Girl In Your Truck Song”
Next Post: Lucy Hale Dives Headfirst Into Country on ‘Road Between’