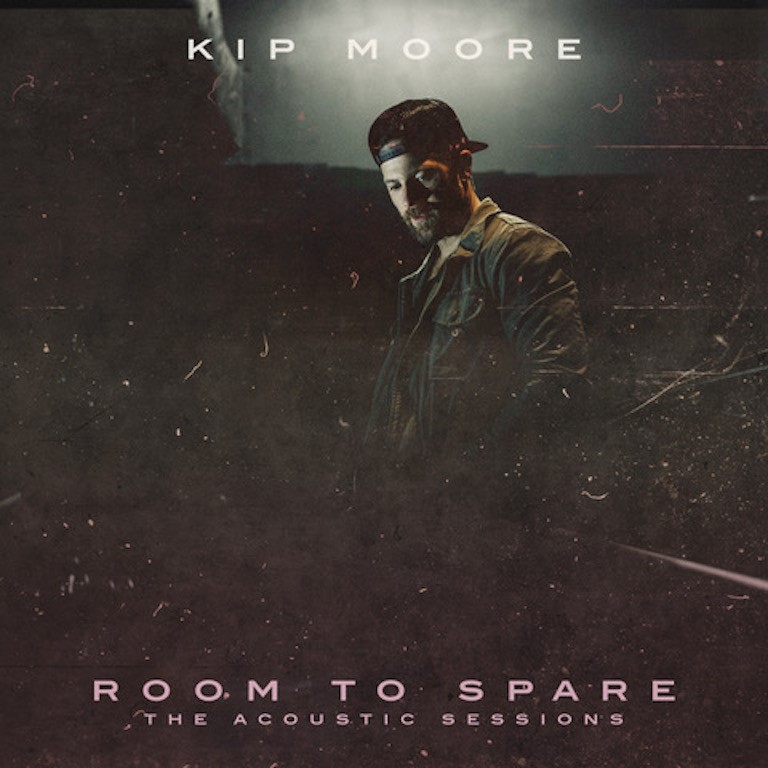 If you’re a Kip Moore fan, you know how dedicated he is to pleasing his loyal fan base. He’s made it abundantly clear in countless interviews that he measures his success not in commercial value and awards, but in the love and unwavering support of his fans.

His latest project is something Moore has been flirting with for the last few years. With hundreds of unreleased songs, many of which he breaks out during his live shows and have become underground favorites, he’s released an acoustic EP Room to Spare: The Acoustic Sessions (out November 16). The EP’s 7  tracks, 6 of which were previously unreleased, were written by Moore and quite the list of collaborators: Luke Dick, Blair Daly, Natalie Hemby, Dan Couch, Josh Kear, Charlie Worsham, Troy Verges, Josh Miller, Andrew DeRoberts, Scott Stepakoff, and bandmate Adam Browder.

The album allows fans to experience the beauty of what Moore truly has to offer as an artist. His gritty vocals, soul, and passion all combine perfectly together on this acoustic album. It’s stripped-down and vulnerable sound will have you feeling as though you’re attending your own private acoustic show—and what could be better than that?

Moore tells American Songwriter, “The acoustic idea was something that was honestly born from the fans. It was something I noticed would keep coming back around from them and that I have been promising to put out there. This project has been really cathartic as it doesn’t have the pressures of a full record, and allows you to mix things up a little bit creatively, but also totally strip things down, too. ‘Plead The Fifth’ is a song that is wild out on the road, and so it’s awesome that a song like that gets another life in this form, too.”

The acoustic version of the previously-released “Plead The Fifth” (Slowheart) takes on a completely different spin, becoming more passionate than intense. The two versions perfectly display Moore’s ability to convey a variety of emotions and feelings via his music and storytelling.

Must-listens include the Tom Petty-inspired “It Ain’t California.”  The track, co-written with Charlie Worsham and John Mabe, is classic middle-America rock and roll: “Heartbreaker smiles everywhere you turn / Some learn to fly / Some crash and burn.”

“Wish It Was Me” is a beautiful ballad about looking back on a past love and being unable to let go. On the touching “Come Home With You,” Moore finds comfort in another lonely soul, singing “We all know what it feels like when a hungry heart gets cold / When barely gettin’ through the night gets old / And you look like you need someone and darlin’ I do too / Is it alright if I come home with you”?  “Tennessee Boy” is a free and easy love song with an infectious hook that’ll have you toe-tapping right away. The feel-good song oozes Moore’s signature carefree personality, and is sure to be an instant favorite.

Kip Moore has once again outdone himself and proves his appreciation and love for his die-hard, with him till the end, passionate fan base.  You’ll want to grab this one as soon as you can, and plan to keep it on repeat for a long while.

Fans will be able to experience the new music live this fall during the limited Room To Spare: Acoustic Tour, kicking off in Milwaukee, WI on 11/29 and stopping in Des Moines, IA (11/30), Emporia, KS (12/1), and Akron, OH (12/8).  He’ll be joined by special guests Charlie Worsham and Jillian Jacqueline.

Head to Moore’s website for tour dates and to Pre-order Room to Spare.

Previous Post: “Drunk Girl” has been touted as the song our sons need to hear—but what does it really suggest?
Next Post: Charlotte Leigh Releases Soulful Single “This Feeling”