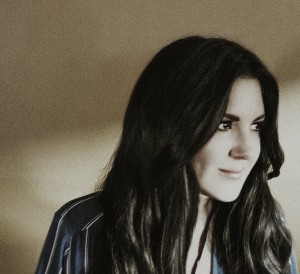 “Dead Man’s House,” a Benjy Davis, Mike Walker, and Kree Harrison co-write is the second single released from Harrison’s debut album due out later this year. The song is a bold and spicy tale, a true story Harrison tells of a time in her childhood when a family member passed away. Harrison mixes R&B with country groove for a fresh and different signature sound. In a recent interview, she says, “I’ve always been told in a way, ‘Well you want to sing country but then also you love Al Green’ –for me to be able to say no, I’m not confused, I can marry the two. I think that there is a line for that in country music today.”

The single released today to iTunes & Spotify features a deep bass, pierced by high electrics and Harrison’s strong ability to turn a story into a song. She spins imagery of a new man weaseling his way into a family’s house and lives after a death of the father. Once again finding a new topic to sing about, we look forward to hearing the full album if her first two singles are this sassy and full of depth.