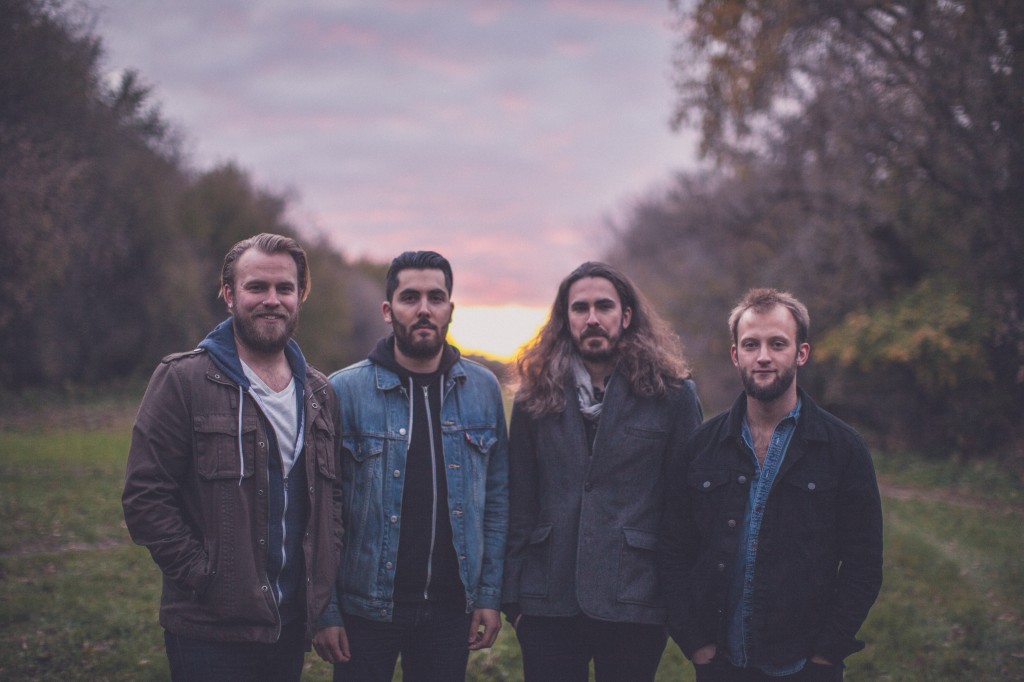 “There’s no mountains, there’s no waterfalls, it’s not majestic. It has corn. Prairies wide and vast enough to make you feel small.”

Though The Bros. Landreth – two brothers and two of their childhood friends – are describing their hometown of Winnipeg, “a vibrant music scene” and “Canada’s best kept secret,” they could easily be alluding to their own sound. Vibrant in their own right, the group, and their debut album Let it Lie, currently available in Canada and releasing in the U.S. January 27, are not flashy – theirs is a subtle brilliance, rooted in bluesy folk foundations and little fanfare, simultaneously emotionally vast and powerfully intimate.

The subtle play of crunchy electrics and smooth harmonies didn’t come easily to the group. “When we first started the band, we had an idea of what we wanted: we wanted to be cool,” they tell me. “We wanted to be badass, show off our chops, be progressive and good. It was just so unnatural. As soon as we stopped trying to be that, these songs popped up.”

“The struggle,” they continue, “was coming to terms with the fact that we wrote pretty mellow music. It was our producer that eventually pulled me aside and was like man, you’ve gotta stop fighting it, you write mellow songs. Maybe it’ll change, but right now, just embrace your inner sissy.”

“There are definitely some upbeat, more energetic songs,” they concede. “We added two songs, which definitely helped bring the average tempo up a little bit from what we originally had. The original nine were all pretty slow, mellow tunes, and then the producer that worked on the record with us took “Runaway Train” and turned it into a kind of roots rocker thing, but initially it was another slow ballad. “Going to the Country,” just like the blues rock on the record, was also a slow ballad. “Our Love” too initially. They kind of all started as the mellow slow ballads and we picked a couple and pushed them a little bit just to give them a little bit of diversity.”

While they allow that mellow is definitely their ethos, the diversity of the album absolutely hits the spot, dipping into blues and rock without sacrificing the smooth beauty of their vocals. Perhaps in part because they began as ballads, the upbeat tracks also retain the a soft lyrical and melodic brilliance central to solid songwriting and their signature (and yes, mellow) sound.

The slow ballad standout on Let it Lie is “Nothing,” which starts out with soft percussion and powerfully sparse guitar, leaving the focus to the sugary vocals and delicate harmonies. The lyrics too are strong in their simplicity: “if the grass lost its green and the sea lost its blue, I’d see rose-colored memories of the days I lived with you.”

“Dave’s got a great story about driving down the highway somewhere and Ryan’s sitting in the passenger seat with his iPod out,” they tell me. “Dave just happens to look over and catch this moment where one single tear rolls down Ryan’s cheek and he looks on his iPod and it’s Rage Against the Machine. And Ryan looks up and they catch eyes and he goes, ‘it just rocks so hard.’” Ryan is not ashamed. “Rock and roll can make you cry.”