NYC Gets a Taste of the South with Nashville Songwriter Series 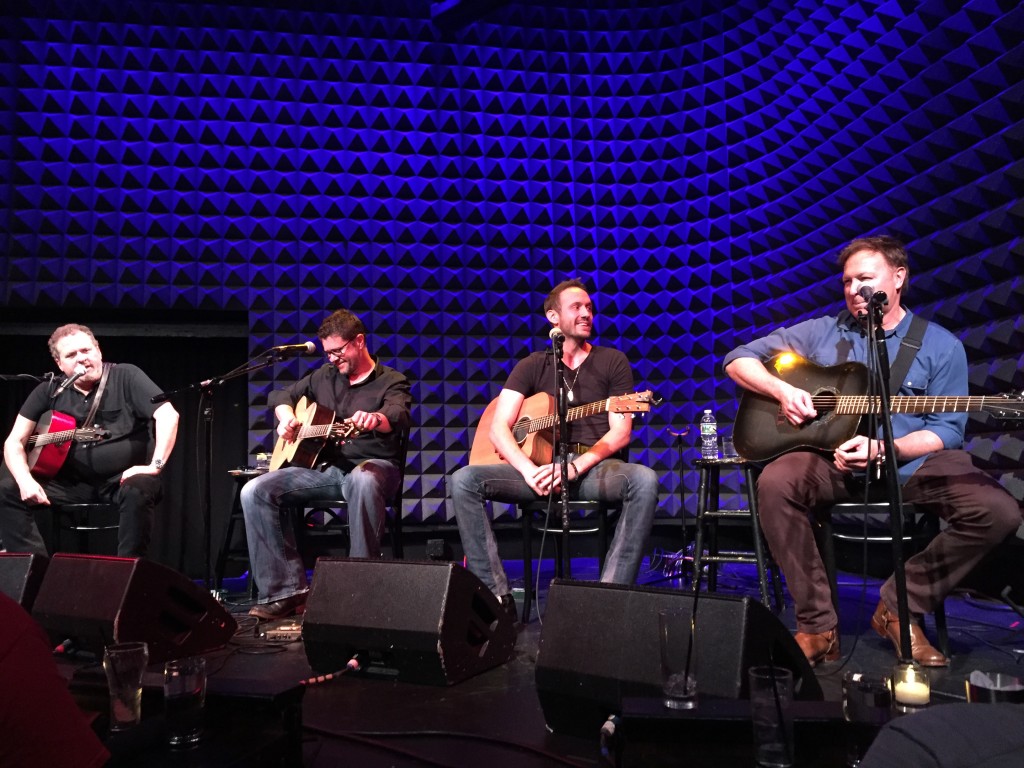 Joe’s Pub in New York City has been the home of the Nashville Songwriter Series for ten years. The intimate venue, laced with small tables, was filled to the brim Wednesday evening for a night full of stories and epic songs told by the writers themselves. The event featured Bob DiPiero, Lee Thomas Miller, Drew Baldridge, and Tim Nichols. Native New Yorkers were treated to a little bit of Nashville during the evening, being able to listen to the writers take turns talking about each of their songs that have been recorded by artists such as Tim McGraw, George Strait, Reba, Brad Paisley, and Jo Dee Messina. 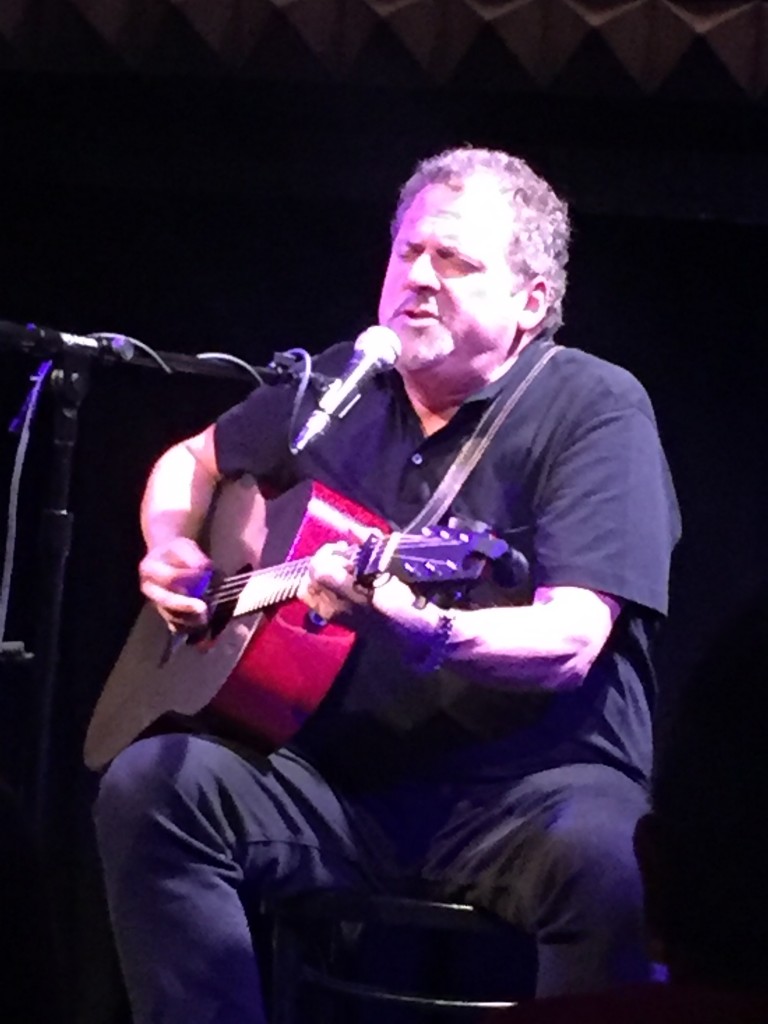 Bob DiPiero has fifteen number one hits in his career and even explained to the audience he has had a number one single in each of the last four decades. A member of the Nashville Songwriter Hall of Fame, he has so many stories to tell and has had a ton of success in this career. “Shout out to the folks from the south who put a dent in the universe,” he tells the audience before singing his number one hit “Southern Voice,” which was recorded by Tim McGraw.

Thanking Joe’s Pub and New York City for its hospitality these past ten years, DiPiero closed his set with his Forrest Gump inspired song “Out of the Blue Clear Sky.” DiPiero told the story of how the song idea came to him after seeing Forrest Gump for the very first time and hearing the line “Jenny was gone, then all of a sudden, out of the blue clear sky, she was back.” George Strait himself called him from the recording studio to inquire about the wording, explaining it sounded funny. DiPiero, sticking to his guns, explained his inspiration in which  Strait replied, “I guess we will be Gumpsters then!” The song ended up in the number one spot for six weeks to which DiPiero said, “Lesson learned, don’t change your mind if you mean it.”

Lee Thomas Miller, addressing the sold out venue, asked if anyone was a parent, stating that recently it seems so many country songs feature young people, not married, driving down a magical dirt road where it never rains, and for some reason the girl is always in a bikini top blasting Lynyrd Skynryd. The audience laughed as they faced the truth of the statements. He went on to tell the story of the number one song he had with Trace Adkins, “You’re Gonna Miss This.” Originally thinking no one would care about a song written for parents, Adkins then admitted he was wrong when the song hit number one. The emotion Miller showcased during this song proves he is living the story, currently a father of four.

Miller also told the story of his ACM win for Song of the Year with the Jamey Johnson cut “In Color.” Having planned an acceptance speech and practiced for months in the mirror, when Miller’s name was called to go on stage and accept his award he couldn’t contain his excitement. “I was jumping around high-fiving strangers and acting as if I had just won a car on The Price is Right!” he laughs. He goes on to sing the award winning song and you could hear a pin drop in the candle lit room. 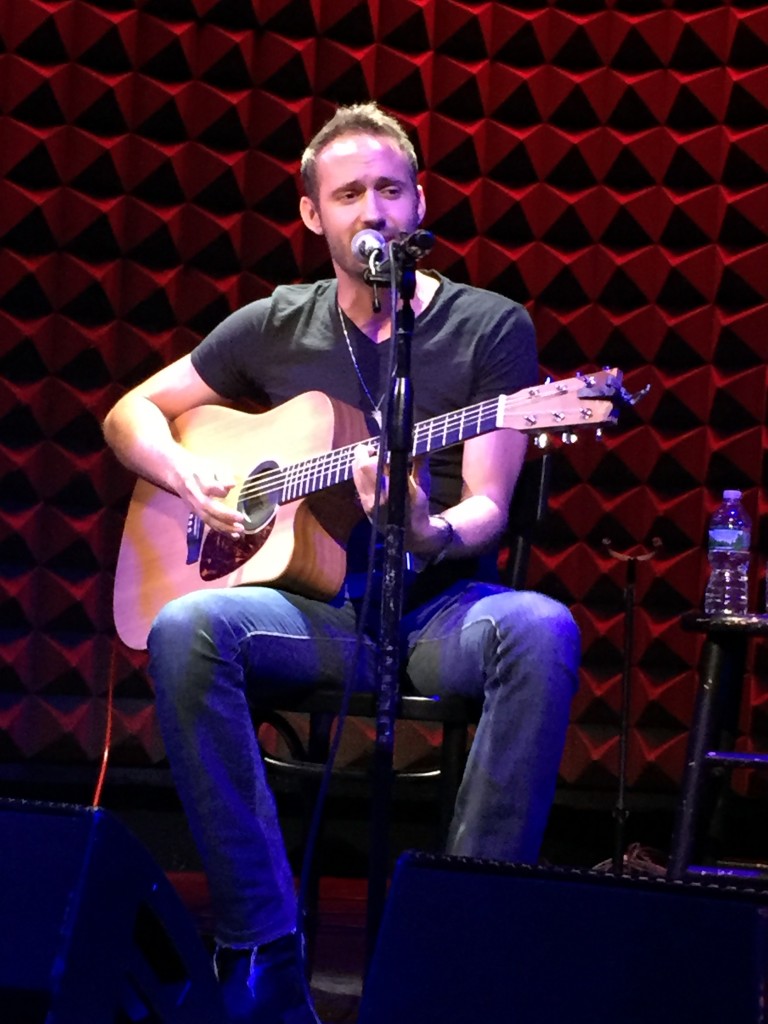 Next in the round was newcomer Drew Baldridge, who although lacking current songs cut by other artists, is awaiting the release of his very first album ‘Dirt on Us,’ due out June 10th. Wednesday night was Baldridge’s first time performing in the big apple and he was extremely grateful to make his NYC debut on this stage with these other men. “These are super talented songwriters and I am blessed to be up here with ya’ll tonight,” he told the room before singing a heartfelt song about his tiny hometown of Patoka, Illinois. Co-written with the man sitting next to him, Tim Nichols helped sing along to the chorus of “Tractors Don’t Roll.”

A highlight of the evening was when Baldridge sang his current single “Dance with Ya,” first warning the crowd that in the produced version the song is upbeat, loud, and features a huge horn section, quite the change from the acoustic songs each of the writers were featuring throughout the night. Baldridge not only sang the song, but the entire audience clapped along, even when he was imitating the horn section solo. Baldridge was awarded with thunderous applause and everyone in the room was convinced that this new artist will be a country household name in no time. 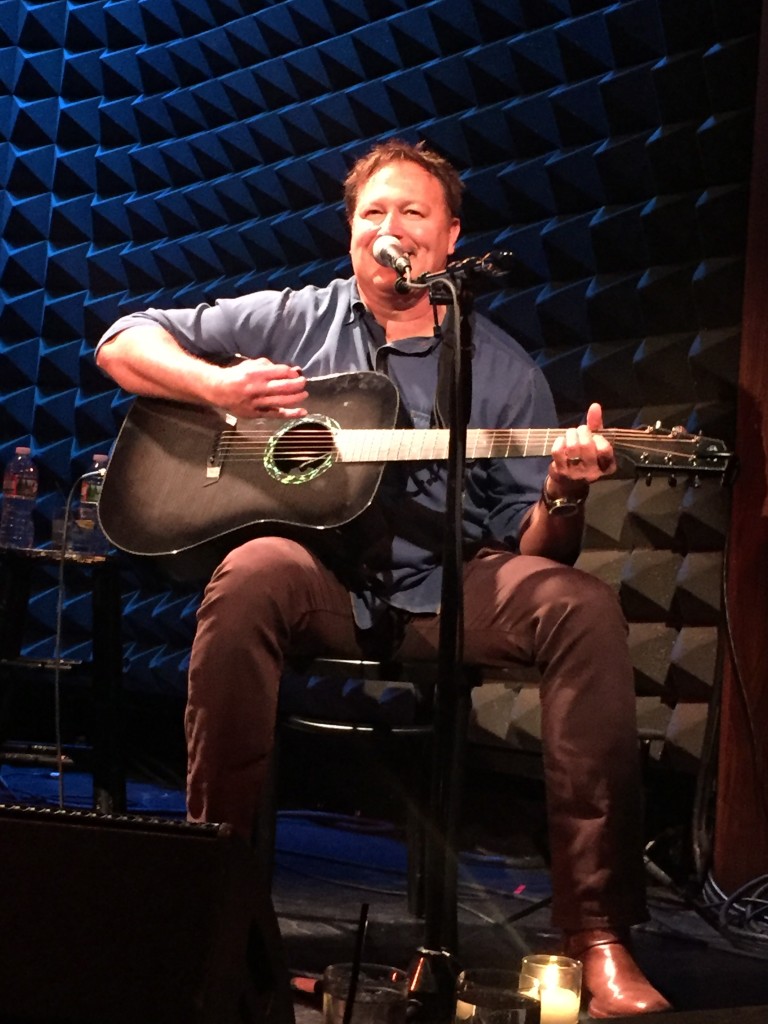 Tim Nichols has been writing songs for over two decades, perfecting his craft along the way. Nichols told the story of how he was inspired to write “Heads Carolina, Tails California” by a book on tape. The main character flipped a coin to decide where he would travel to, and so a hit was born. Jo Dee Messina recorded the song. Nichols also sang one of his more recent singles, “I Got The Boy,” which was written five years ago by Nichols and Connie Harrington with Jamie Lynn Spears, who originally was supposed to cut the song for her own album. Jana Kramer ended up recording the song instead, giving Nichols another hit to add to his resume.

To wrap up the evening, he sang his Grammy award winning song written with Craig Wiseman, “Live Like You Were Dying.” From the very first word the entire audience sang along, Nichols with a huge smile on his face as he sang. The emotional song was the perfect way to end an incredible night of story telling.

The gentlemen complimented each other throughout the night, letting the crowd feel the strong bond the country music industry has created amongst these talented men. Miller commented, “Writing songs is literally the greatest job in the world,” and their passion and commitment to the craft proves they always give their all to give the rest of the world fantastic music.