When “God Made Girls,” He Definitely Made RaeLynn for Country Music 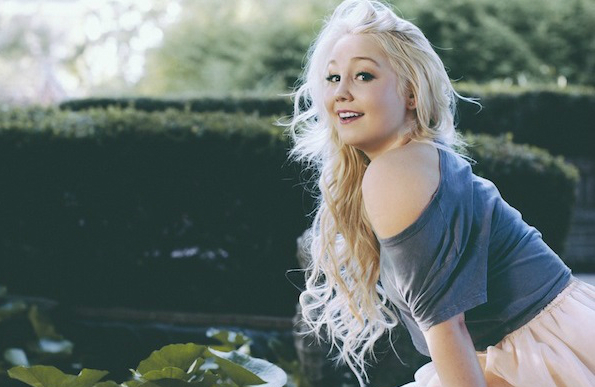 It’s nearly impossible to forget the frilly, tutu and cowboy boots wearing contestant on Season 2 of NBC’s The Voice, RaeLynn.  An undeniable standout on Blake Shelton’s Voice team, RaeLynn’s unique authenticity made her a front-runner in the reality competition, finishing in third-place on Shelton’s team.  When Shelton enlisted his superstar wife and RaeLynn’s idol, Miranda Lambert, to be a mentor for his team, the relationship that sparked on the show led to RaeLynn becoming Lambert’s opening act, allowing the young starlet to find a way to transition from television success to the real world.

With an irrefutable stage presence and vocal tone, RaeLynn’s unmistakable twang makes her one of the most authentically country artists out there, undoubtedly leading the pack for rising new artists.  While some new females are trying to make a name for themselves by going against the grain, releasing controversial songs, or even bashing the recent ‘bro-country’ development in the genre, it’s intriguing that RaeLynn isn’t trying to be anything other than Texas-born herself.  There isn’t any other female in the genre, let alone in all music formats, that rivals RaeLynn, simply because she is so unapologetically genuine.

The song can be appreciated from all genders and viewpoints, mostly because the song’s writers are all aged nearly a decade apart.  It’s evident that each lyric in the song was handcrafted to reflect the many experiences in the growth of a girl’s life.  “Somebody’s got to be the one to cry/Somebody’s got to let him drive/Give him a reason to hold that door/So God made girls.”

The musical production feels fresh, fun, and the perfect accompaniment to build around such alliteration in verses as:  “He needed something soft and loud, sweet and proud/But tough enough to break a heart/Something beautiful, unbreakable/That lights up in the dark.”

This hard-to-get-out-of-your-head 2014 version of Martina McBride’s “This One’s For The Girls,” is one that will definitely be a radio sing-a-long for generations to come.

Buy “God Made Girls” on iTunes

Previous Post: Colt Ford’s “Thanks For Listening” Has High Points, But Uneven Overall
Next Post: Enough Is Enough: Rap Remixes of Country Hits