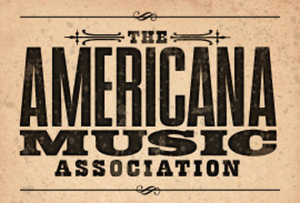 Americana Fest took over downtown Nashville from Sept. 15-20th gracing the town with a host of amazing performances. Night owls were rewarded for their stamina, as the sweet string-filled vibes filled a handful of music city’s best venues until the wee hours of the morning throughout the week.  Of all the great shows, here are a few that stuck out for us:

The one moment that best summed up Spence’s incredible performance actually occurred during soundcheck. The second she started singing to test the mic, the dull chatter of the audience immediately stopped and everyone in the room shifted their attention towards the stage. Though she told the audience to carry on with their conversations while they adjusted the sound, people remained quiet. Her voice is captivating in that it has the tone of a soft whisper but also contains a power robust enough to fill a room. She showcased the breadth of her vocal and songwriting ability with songs ranging from the uptempo “Don’t Call” to the reflective “Trains Cry,” both off of her latest release, Somehow.

Closing Mercy Lounge on the last night of Americana Fest, Virginia duo David Wax Museum, made up of David Wax and Sue Slezak, were quirky, fun, and eclectic. Their music combined the pop elements of The Beatles with a latin rhythmic flare and witty lyrics. If there was one phrase that described them, it’d be “Anthemic Americana.” Impressively, it was the duo’s their first official show with a brand new backing band. Slezak stopped towards the end of the show to announce the members, and very hesitantly and quietly revealed this to the audience. Of course, given that the show had seemed incredibly well rehearsed, garnered hearty applause. Their fifth album Guesthouse, is set for release on October 16th of this year.

At 11pm on the final night of Americana Fest, Gretchen Peters took the City Winery stage to play for a sea of tired festival goers. In many ways, Peters was the perfect act for this late slot. With lyrics and music that command sentimental reflection, the quiet and calm energy of the room lent itself perfectly to her performance.

After opening the set with an upbeat tune, Peters briefly addressed the audience by saying “I figure I should get the dark stuff out of the way first.” She then began strumming the minor rock and roll riff to “Blackbirds,” the title track on her recently released album. Peters demeanor was very relaxed and elegant during this song. Even while singing about murder and anything trivial, she maintained a sturdiness and focus that sent chills up everybody’s spines. A little later in the set, Peter’s ballad “The Cure For The Pain,” caused a dead silence in the audience. The penultimate track to her most recent album, the song has heart wrenching lyrics like “‘There ain’t no drug/There ain’t no cure/To make it like it was before/Ain’t no shelter from this heartbreak/ the cure for the pain is the pain.”