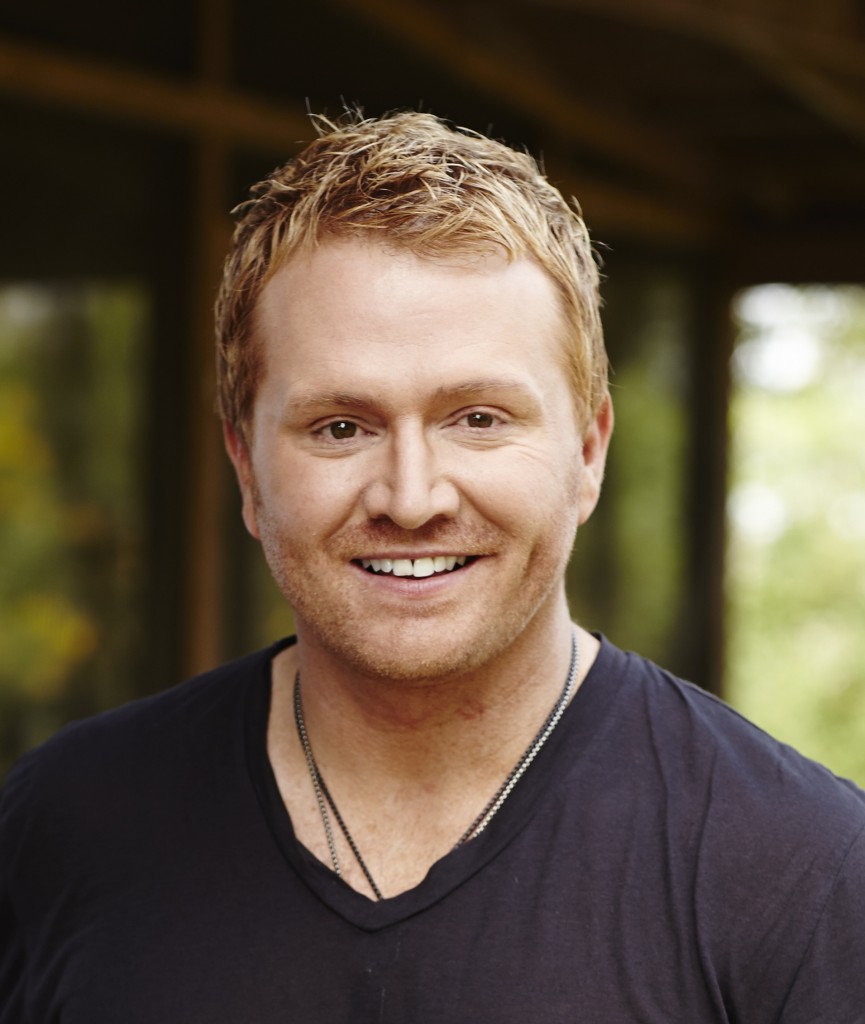 If the name Shane McAnally doesn’t immediately ring a bell, turn on your radio and you’re likely to land on one of his songs. While the Texan’s musical beginnings included a recording contract as an artist with Curb Records, his real success has been a commercial songwriter, with recent singles including Lady Antebellum’s “Downtown,” Toby Keith’s “Drunk Americans,” Kenny Chesney’s “American Kids” and “Come Over,” Sara Evans’s “Slow Me Down,” Dierks Bentley’s “Say You Do,” and Jake Owen’s “Alone With You” – just to name a few. It’s not surprising to see McAnally’s name on the track listing of any major release. Last week, McAnally earned a CMA Award for Song of the Year, with Brandy Clark and Kacey Musgraves co-written “Follow Your Arrow.”

Recently, the songwriter has also taken to producing, although he likes to keep it close to home, with acts he’s already heavily involved with on the songwriting side, like Kacey Musgraves, Sam Hunt, and Old Dominion. “I sort of always played producer with the demos I was doing. I was a little more diligent and more detail oriented probably than most songwriters about their demos… I sort of have an instinct for that without knowing until my other co-writers would say, we really want to do the demo or then a producer would call me and say how’d you get this sound on the demo? With Kacey, it was because Luke Laird and I were doing the demos with her and we just had a great magic sort of chemistry in the studio. So she said, ‘I want you guys to do my record.'”

Now that he’s a producer, I ask if there are times he hears the way his song has been cut and would have done it differently. “Oh, yeah!” McAnally says, laughing. “I don’t want to name any by name, but sure. I mean, that always happens, that probably happens to songwriters that just make demos too. But there’s also the other side of that where you’re so excited because there are those producers like Jay Joyce and Frank Liddell and Dann Huff and those guys are so good that I’m not worried when they do it, and if it’s something different most of the time it’s something I wish I had done.”

Joyce, Liddell, and Huff have all built incredible and distinct careers, best known for artists like Eric Church and Lee Ann Womack and steering away from a dependence on trends for success. McAnally seems to be following a similar trajectory; although he briefly dipped his toes into the ‘bro-country’ trend sweeping the airwaves, co-writing Florida Georgia Line’s “Party People,” he’s managed to avoid the trend almost entirely. Even his cut for Jake Owen, an artist whose hip-hop heavy single “Beachin'” featured a remix with Mike Posner and T-Pain, goes a shade deeper: “Alone With You,” an early single, describes the emotional peril of being alone with woman for whom it seems a solely sexual situation.

“Well it wasn’t intentional,” McAnally says of his ability to be commercially viable without following those trend lines. “I pitch as many songs to those guys, whoever is considered bro-country. I feel like I write those songs, sometimes, it’s not as natural to me, so I probably just don’t have as many to choose from, and I just haven’t had success in that. I don’t know if it’s because I don’t drive a truck, and so that doesn’t sound authentic when I write about ‘em, or if it’s just that I don’t write as many of them to get pulled from. But I didn’t intend to stay off those records or stay off the radio with those songs, it was just coincidence.”

“And sort of a happy coincidence,” he continues, “because I’ve been given a lot of credit for that. But again, it’s not intentional, and I have singles coming out that would surprise people and probably will take that tag off of me as the non-bro writer. It is a big part of our format and it is my job to, I think, stay in step with what is on the radio because I decided to be a commercial songwriter. And I’m so glad that the songs of mine that have been cut that aren’t the norm because I feel like I write more of those than anything else. So luckily, people have taken chances on those songs, but we’re certainly out there pitching all those bro-country songs too! Like I said people just don’t believe ‘em from me I don’t think. I dunno why.”

Authenticity is important to McAnally – it’s what draws him to working with someone as an artist, and what he attributes to his failure as a solo artist. “I didn’t know who I was, but I blamed everyone else,” McAnally told the New York Times in May of last year, referring to the failure of his career as a recording artist to take off. “It reads, people understand,” he says. “It’s amazing how that sort of authenticity resonates, people really get that. They know the difference.”

A strong sense of identity is central to two of his close collaborators: Sam Hunt and Kacey Musgraves. Both artists have been heavily under his wing, and their debut projects feature co-writing and production from McAnally. Musgraves puts a contemporary lyrical twist on a more traditionally-influenced arrangement and storytelling, while Hunt blends stylistic genres, incorporating hip hop rhythms, for instance, into more traditional lyric themes. Both push the outer edges of what defines country music, receiving critical or radio acclaim (or both). It would seem that the two balance the outer edges of country, Musgraves’ more traditional sound allowing for the Max-Martin-like hook of Hunt’s “Break Up In A Small Town,” for instance. Where Hunt plays it safe, avoiding all references to alcohol and drugs and focusing lyrically on the complications of relationships, Musgraves encourages listeners to “roll up a joint” and “kiss lots of boys, or kiss lots of girls, if that’s something you’re into.”

“To me, they’re so similar,” McAnally says, when I ask if such a balancing act in the mainstream’s eye was intentionally crafted. “The truth is that they also get that they are similar artists in that they are doing what they do naturally without worrying where the genre is. Hers just happens to be way over here, his just happens to be way over here. But in reality, they’re just being completely authentic to themselves. There are very few songs on Kacey’s record that anyone else could record, and the same for Sam. They are so identifiable in their lane, and that’s what makes them very similar to me. And so, that wasn’t intentional… I would’ve probably seen myself working with, probably, a most traditionally country artist, like Kacey. That seems like the more natural thing to me ‘cuz that’s what I grew up listening to and loving. But what I’ve realized now is what I really grew up listening to and loving when I look back were artists that were being 100% themselves. And that’s what those two artists are being. It does put them on the opposite ends of the spectrum, but in another way it puts themselves right next to each other because they’re just telling their stories and playing music the way they know.”

McAnally mentions his current project along the lines of Hunt and Musgraves, up and comer Levi Hummon (and son of writer Marcus Hummon). Levi Hummon seems to follow the McAnally mold, with a different and distinct sound; current release, “Make It Love,” bears more resemblance in style and instrumentation to a pretty-voiced UK-rocker like Ed Sheeran or Tom Odell, a mellower Mumford, than what’s currently igniting radio.

Some of McAnally’s songs get cut immediately; others, Toby Keith’s “Drunk Americans” for instance, sit for years before being considered for an album or single.

“I think I have a tendency to write, I would like to, this is probably just I would like to think this about myself, that I’m ahead of things, so that a lot of my songs do take a little longer, and I still think I have a lot of things sitting there that it’s not their time yet, it’s just the spin of the wheel. I like to write something I’ve never hear before, and if you’ve never heard it then you might be ahead. Or you might just be crazy. And so sometimes saying ‘I’ve never heard anything like that before’ isn’t a compliment. But I still like I’d rather be polarizing in that way, I’d rather write something where people say I’ve never heard anything like that before and me not know for sure what they mean, that to me is a compliment.”

It’s not only bold, but often it works; Kenny Chesney, for instance, is known for cutting songs that don’t sound like him, pivoting just enough to make something different while staying true to his sound. “He goes back and forth,” McAnally notes. “He knows exactly who he is and when he can do those things without sounding like he’s just lost his way.”

McAnally’s had plenty of luck with Chesney placements, recent cuts including “American Kids” and “Come Over.” With such an illustrious career, I ask him where he continues to draw his excitement. “It’s funny, it’s song by song,” he says. “There are some cuts you just can’t wait for the world to hear, mostly ‘cuz they’re different or strange. One of them is on the new Little Big Town album that came out yesterday… there’s a song called “Quit Breaking Up With Me” that’s so unusual and I’m so glad they recorded it and I just couldn’t wait for people to hear it. So it’s having those sort of moments. And also I hadn’t had a Little Big Town cut before and I had two on that record, I’m huge fans of theirs, so of course getting those new – being on peoples’ records for the first time – finding out you have singles is a huge thing, when you find out you have the next single it’s still very exciting ‘cuz when you think about the ten thousand songs they go through and then the twelve songs that make the record and then the two songs or three songs that are singles, your odds are so low that when you get all the way to that filter and you’re one of the singles, it feels like oh my gosh, you know? Or seeing, you know, somebody play your song live, it’s very moving. All of those things are exciting for me.

What’s the next dream he’s chasing? “It’s hard because I do feel like so much more has happened than I ever really thought would happen. I really want a George Strait cut, I’ve never had one, and if I’m being really honest.. a lot of times I like to say things like that because I feel like I’m, it’s showing the vulnerability of even someone that has had a lot of success, there are things that you don’t want anyone to ever read and go my god, what else could you want? Well, a George Strait cut. I grew up loving George Strait, he’s one of the major reasons I came here, and I’m from Texas, and I’d just love to hear him sing one of my songs. It doesn’t have to be a hit.” He laughs. “It’d be even better if it was.”