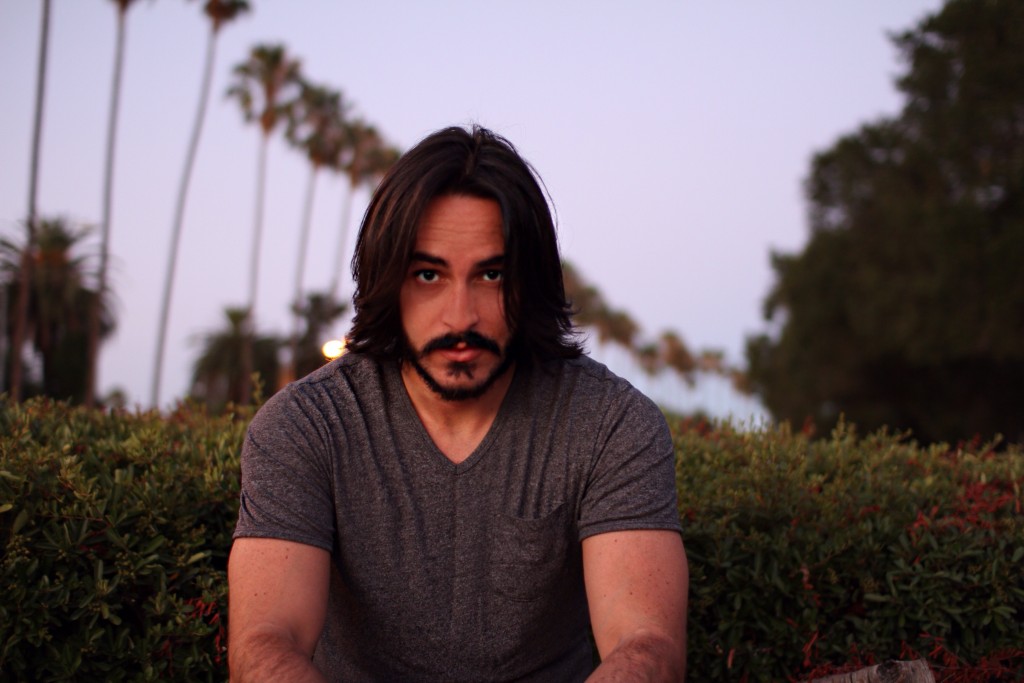 Though Alexander Palmer’s name may not be a household fixture, the songs he’s created are. The German producer and songwriter has been behind massive hits in the pop and hip-hop worlds, and with his latest chart-topping single, Dierks Bentley’s “Somewhere On A Beach,” Palmer proves his talents extend to Nashville as well.

“I came to LA five, six years ago, and I’d never heard of country until then cause we don’t get country in Germany,” Palmer tells us over coffee in Nashville. He’s got long black hair and dark features, and his speech is both candid and casual; Palmer seems the type that’s efficient with his words and his work.

Typical to Nashville, he’s not flashy; there’s little in his appearance that boasts the spoils of his resume: 6X Platinum “Whatcha Say,” for instance, the breakout Jason Derulo hit for which Palmer provided the sample that serves as the hook; Chris Brown’s Grammy nominated “Turn Up The Music,” which was recorded and singled in the same week; or Iggy Azalea’s new album and recent single “Team.” Though his Los Angeles walls sported numerous plaques when he began his trips to Nashville two years ago, he refers to his work in country in some ways as starting over, learning from his co-writes in town and letting his work speak for itself.

“The first thing I ever heard [in country] was “Dirt Road Anthem,” Palmer continues. “I really loved it – I was like, wow, what is this, who made this, how do I make this. That’s why I started doing research on country, Aldean and everybody else.”

Palmer grew up with music – his parents were both songwriters in the 70’s and 80’s. “I’ve always been around music,” he says. “I started with classical and jazz piano when I was five, taught myself a bunch of other instruments later, drums, bass.” He recently tried to learn guitar, a skill that was put on hold due to a wrist injury.

For Palmer, however, much of his work can be done on a computer, producing tracks either based on an a cappella topline, or melody and lyric, or from scratch. “I did three yesterday,” he says. “I started at Starbucks, then I went and did my guitars, then I finished at the hotel.”

Producers with the ability to create tracks, or “track guys” as they’re sometimes called in Nashville, are becoming increasingly popular. Writing to a track or creating a track during the songwriting session saves money on demo fees, and streamlines the process by which writers can send the song to publishers to have them pitch artists. Sometimes much of the track shapes the production and musical palate that ends up on the record.

“In LA it usually starts with a track, although a lot of times a writer might have an idea, even a cappella, or they just play something on piano or record a quick loop and send it out or show it to a producer and the producer builds the track from that. So that happens as well. Here, it usually starts organically with two or three people in a room together on guitar, piano, whatever, and they either build the track as they go or they [go] the traditional way and get a demo. I still do [the traditional Nashville write] occasionally but with me, surprisingly enough, everybody wants me to bring fully produced tracks, so that’s been my thing. I bring it in and we talk about the topline. Lately I’ve been contributing a lot more lyrics as well.”

“I think country is more about the lifestyle and the storytelling, not so much a musical genre,” he continues. “It used to be inspired by rock & roll, Americana, whatever it was at the time. Now it’s inspired by hip hop and R&B. What I’m noticing is a lot of the lyrics are still kind of the same, but people try to get those cadences and flow from an R&B artist. That’s how you get people like Sam Hunt or Florida Georgia Line; all their stuff sounds like it could be R&B but they still have these country southern themes that they talk about. The difference is more just in the flow and the way it feels.”