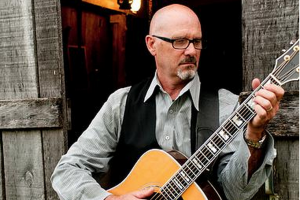 It’s a rare ability to be able to craft a song so delicately that when the hook arrives, it slams you somewhere between your heart and your navel, the hard truth of the lyric knocking the emotional wind out of your sails. And while it may seem simple to write what feels raw, there’s a subtlety to the strongest of these lyrics that allows the listener to fill in the gap themselves, making a song that’s personal for the writer become separately but specifically personal for the listener as well. It’s breathtaking when done correctly, and incredibly hard to achieve.

Billy Montana can write such songs.

Whether it’s #1 songs like Garth Brooks’ “More Than A Memory” or gems like son Randy Montana’s “Last Horse” and Martina McBride’s “House of A Thousand Dreams,” Montana builds a concept that transitions beautifully into the hook, relying on subtlety of lyric to pack the emotional punch. An artist himself for several years, Montana released an album called No Yesterday, featuring a track of the same name that begins,“I know you’re still awake and still hurting / you’re still gettin’ over what I’ve done / but sleeping back to back don’t solve nothing / we need to face this thing before the morning comes,” building to the hook,“forgiving me can’t be easy / and I can’t blame you for turning away / but you’ve always loved me like there was no tomorrow / can you love me like there was no yesterday.”

This Thursday, Montana will join the roster of Music City Hit-Makers for a pairing of his songs with a symphony orchestra at the Franklin Theatre, featuring such hits as Sara Evans’ “Suds in the Bucket,” Garth Brooks’ “More Than A Memory,” and Lee Brice’s “Hard To Love.”

“I was always reading liner notes on records to see who wrote the songs,” Montana says. “Apparently I was more interested in who wrote who was doing the writing and not so much who was doing the singing.” Growing up, he was drawn to writers like Jackson Browne and Dan Fogelberg. “Browne especially would write songs that were a little on the poetic side, definitely introspective,” Montana says. “A lot of those songs kind of spoke to me, and I think I wanted to emulate that kind of writing.” He discusses the poetry of Springsteen and the depth of Bob Dylan’s most recent Bootleg Series Basement Tapes.

Lyrical strength is important to Montana – he’s a lover of subtlety, and strives to capture the way people speak in conversation. “Suds in the Bucket,” for instance, boasts lyrics like “Now her daddy’s in the kitchen – starin’ out the window / scratchin’ and a rackin’ his brain” and “that little pony-tailed girl growed up to be a woman.” “That’s another thing that I hear myself saying in writing sessions is, let’s be conversational about this,” Montana says.

While songs that are lyrically driven may seem at odds with the current radio climate, Montana believes that there will always be room for such songs at radio.

“You couldn’t have a format that was all there was, but you also can’t have a format that’s all another thing,” he says. “You have to mix it up, and I think the success of songs like ‘I Drive Your Truck’, but not just that, I mean ‘House That Built Me’ was the song of the year because it stood out among whatever else was happening that year. It was so unique for what was happening but it also spoke to peoples hearts. So I think there’s definitely still room for it all and, in fact, we would all get bored if it was only one way or another.”