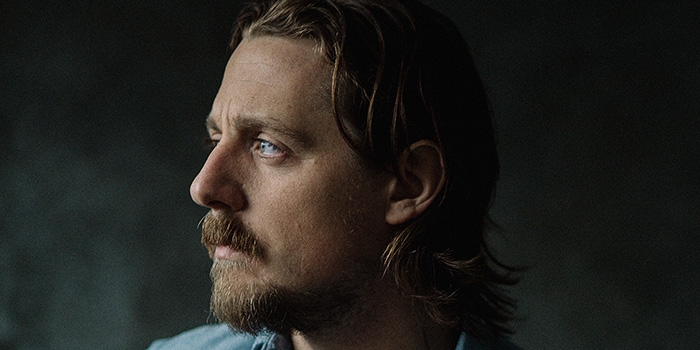 Sturgill Simpson created some buzz on Wednesday evening when he spent the evening busking outside the CMA Awards show. Simpson created his own political platform, protesting while backed by his guitar and accompanied by his Grammy award for country album of the year (in his guitar case, of course). Indeed, the scene may have sparked some inquiry as to who exactly Sturgill Simpson is. If you find yourself asking that question, never fear – we’ll get you started with five of Simpson’s must-listen tracks.

A throwback gem from his debut album, “Life Ain’t Fair & the World is Mean” thrives in its uptempo nature. It’s an outlaw-style record that tackles Simpson’s desire to do things his own way – right down to his critique of record label executives who claim he’s too authentic. It’s a bold effort that encapsulates his musical identity and what he strives to represent as an artist. Simpson’s energetic delivery and the wholesome production only magnify the high lyrical quality of the track. It’s the highlight of his introductory project, and a fantastic introduction to his discography.

“Turtles All the Way Down” (from Metamodern Sounds in Country Music)

The signature recording off of his breakthrough album is a weird, country-rock blend that mixes authenticity with innovation. Thematically, it tackles topics of drugs and love (though it may be hard to tell by listening) and the song takes several bizarre turns, both lyrically and sonically. Elements of country and psychedelic rock create a thought-provoking atmosphere, and one that is open to interpretation. Simpson’s genuine performance adds to what is a spiritually-tinged, interesting, and wholeheartedly country record. While perhaps odd on the surface, the track is undoubtedly worth a listen.

“The Promise” (from Metamodern Sounds in Country Music)

Where “Turtles” appeared to exist in an alternate universe, “The Promise” plays within the realms of normalcy, but is equally effective in its results. The song tackles how to make a relationship work despite its flaws. The narrator declares his undying commitment to his lover, a theme that could present as cliche if not executed in such humble and authentic fashion. It’s a simple, yet charming lyric that presents an overarching message in the form of intricate storytelling. Simpson’s subdued performance, as well as an urgent melody and a pleasantly country backdrop make for an engaging and thoroughly enjoyable recording.

“Oh Sarah” (from A Sailor’s Guide to Earth)

Arguably Simpson’s most vulnerable track to-date, “Oh Sarah” shines in its simplicity. Sung over a sparse country production, the narrator reflects on his actions, and demonstrates how his partner grounds him in reality. Simpson offers insight into life on the road and the romantic struggles that accompany it. He delivers a soft, emotionally evocative performance, driven by an exceptional melody. It’s a powerful track that takes Simpson’s strengths and utilizes them in a different way. “Oh Sarah” allows his artistic strengths to breathe, and in doing so, gives us what may be his best effort to-date.

“Breakers Roar” (from A Sailor’s Guide to Earth)

“Breakers Roar” brings Simpson back into the realm of lyrical obscurity. Relying on metaphorical depictions, the track supposedly serves as a take on the impact of depression. While this may not be evident upon early listens, that may just be the beauty of the record – it allows for differing takes on its meaning. Simpson gives an emotional performance that only further emphasizes the impact of the song’s lyrical content, while the production thrives in a similar capacity. Indeed, it is a masterful display of his creativity as an artist on all fronts, and a track that is well worth a listen as an introduction, or for the hardcore fans.