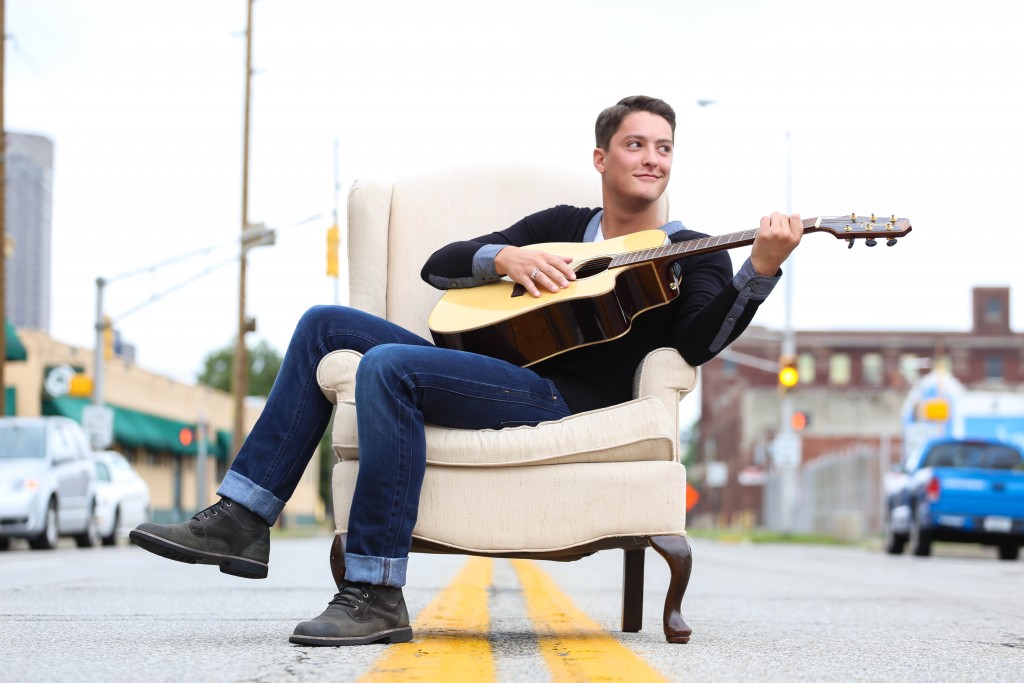 Thomas Finchum’s voice isn’t easy to describe. At times it’s intimate and breathy, while at others it builds to a simultaneously crisp and raspy climax. Listening to him sing on a demo evokes a feeling similar to what listeners in 1999 suburban Atlanta must have felt, listening to a pre-ego John Mayer suggest lines about playing chess with salt and pepper shakers from unglamorous cafés nestled in a corner of Borders Books. It’s unassuming and a bit raw, fretboard squeaking beneath his fingers, an unvarnished vocal suggesting a brilliance that even he might not be fully aware of. That’s what makes it so standout – it manages to feel intimate, like a friend speaking in confidence, while retaining a rich, polished texture. Regardless of your taste in genre, Finchum is damn good.

“Even those neon lights on Broadway have all lost their shine,” he sings. “‘Cause I know somewhere in their shadows are a million dreams like mine… that came to Nashville and died.”

“It sounds like a kind of depressed view,” Finchum says of his debut solo song, “This Town,” laughing. “But that’s just a small moment in time that you feel like that. At the end of the day you know it’s gonna make you work harder and do better.”

It’s a rather morose introduction to the 26 year old, who is buoyant and at ease as he speaks, sipping a mocha, about his songs. A tall, lanky Indiana native with soft brown eyes and a wide smile, Finchum talks at length about moving to Nashville and the music he loves. He has an easygoing demeanor – if you met him at a party, you’d wind up in a lengthy conversation about, say, the relative merits of M&Ms over Skittles, at which time you’d demand he be your best friend. When you heard him sing, your breath would catch a bit, and you’d try to play cool the fact that you know him. And if you Googled him, you’d certifiably freak out.

Finchum is a retired diver – he earned fifth and twelfth place finishes in events at the 2008 Olympic Games in Beijing, a gold medal at the ’07 Pan American Games, and bronze and silver at the ’07 and ’09 World Championships, respectively. He has a tattoo of the Olympic rings inked snugly between his shoulder blades.

“It’s definitely weird to be on a second career,” Finchum says. He retired from diving in 2012, at age 22. “When I was on the platform there would be – like, at the Olympics, there were 11,000 people watching in the stadium – and you don’t see any of them, you’re in your own world. It’s so personal. But with music, it’s the opposite. You want to connect with every single person, you want them to feel those emotions that you’re sharing. It’s just such a different world. It’s so cool ’cause there’s nothing better, even if it’s just one person, coming up after a show or telling you a song you wrote meant something. That’s just such a crazy feeling.”

“It’s a whole different identity,” he continues, referring back to diving. “It’s who I am, but not all of me totally.”

Though diving at an Olympic level requires an incredible time commitment, music was always a part of his life. Finchum grew up around it – he loved the Dixie Chicks and Rascal Flatts, and cites Lori McKenna and Chris Stapleton as current favorites. He started playing more seriously in 2010, when he underwent shoulder surgery and was out of the water for six months. “I had something to say,” he says. “I know it’s kind of corny, but I found my voice, and then I started a band, and we did that for a while. [Then in] 2012, I got third and didn’t make the [Olympic] team again and retired at 22,” he laughs. “It’s funny saying that.” He then moved to Nashville: “I knew music is where I wanted to be and what I wanted to be doing … I can’t imagine not doing what I’m doing.”

Though he describes diving and music as two separate identities, the former was instructive in his pursuit of the latter. “If there’s one thing I learned from diving, it’s my work ethic,” he says. “Just how to respond to frustration and disappointment. Being in a town like Nashville, you could be the best person there is and it’s not ever gonna be easy.” “This Town” describes that struggle – the dreams drawn out, the promising meetings that go nowhere. Despite having spent his formative years as one of the best divers in the world, Finchum carries no sense of entitlement to his second career as a songwriter and artist. “You gotta dream big, or not at all,” he says.