Kip Moore, Charlie Worsham, and Sam Hunt are a MUST SEE on the CMT Up in Smoke Tour 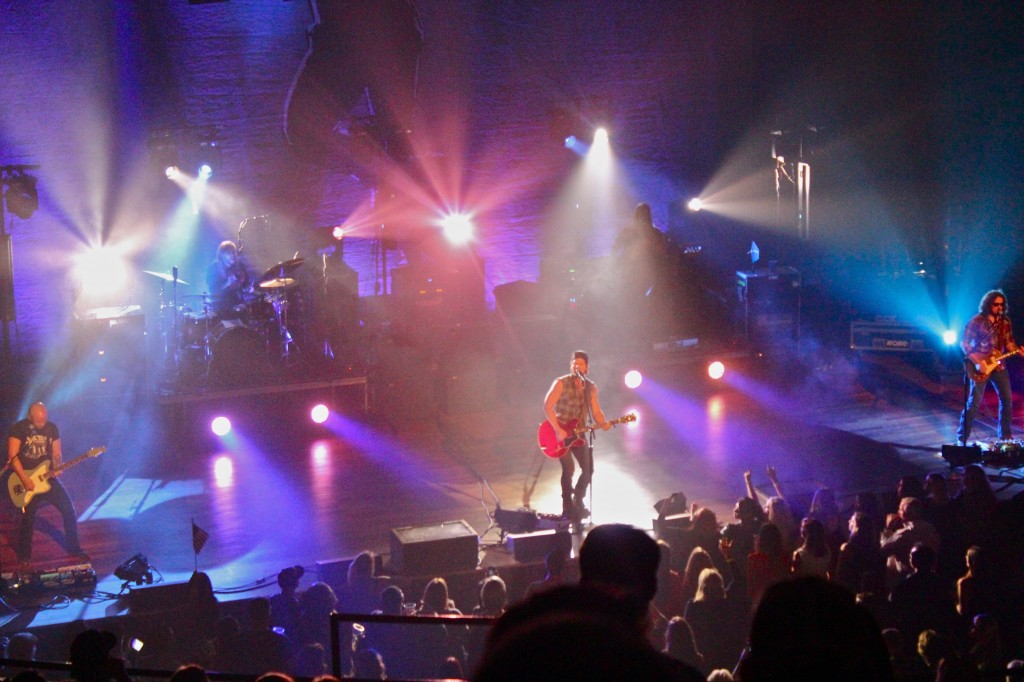 I had the chance to catch the CMT Up in Smoke tour last week for its stop at the historic Ryman Auditorium in Nashville, and this much is for sure: the tour continues through the end of November, and if it’s coming to a city near you, you best grab tickets.

Though Kip Moore, Charlie Worsham, and Sam Hunt may at first seem a bizarrely disparate grouping for a tour, the diversity of their styles paired with the extreme talent each exhibits made for a magical night, and though artists like Hunt are a little newer to the performance circuit, each brought incredible energy to the sold out venue.

For a first opener, Hunt had people showing up early and singing along. The 29-year-old has been buzzing for months now, and all four of the songs on his EP X2C peaked at 40 or above on US Country, with gold-certified single “Leave the Night On” peaking at number three. Hunt owned the stage, with he and his band delivering a high-energy set. I’d been particularly interested in seeing Hunt perform “Break Up in a Small Town” live, skeptical that the spoken verses would drag and the heavy production of the hooks might feel awkward in a live setting, but Hunt handled the duality masterfully, and the song, which in itself is a smash record, built the energy of the set. Hunt’s influences, genre-wise, are across the board, making him a strong candidate both for immense crossover success and immense criticism – Hunt favors hip hop drums to banjos, for instance – but there was nothing forced about the inclusion of the artist, whose talent and authenticity put him right at home with the likes of Worsham and Moore.

If the audience were mourning Hunt’s exclusion of banjos, they were satiated and more by Worsham’s set. Stylistically, Hunt and Worsham seem rather diametrically opposed; Worsham’s production is often simple, banjo-driven, and melody-heavy, whereas Hunt at his extreme presents verses that are spoken more than sung. Worsham shines not only vocally, but with harmonies as well, a standout track in any setting being the almost reverent feel of “How I Learned to Pray.” As beautiful as the song is recorded, it was tenfold in the Mother Church of Country Music, and Worsham’s stripped-down performance was, in a word, breathtaking. Worsham played much of his album Rubberband, balancing rock-heavy uptempo tracks and simple, emotive performances with grace. He even took banjo to Bruno with a cover of Mars’ “Treasure,” which, along with his cover of Kings of Leon’s “Sex on Fire,” was a genre-bending treat that could easily have been less than stellar but were captivating.

For as good as each of the openers were, there are some headliners that take the stage and remind you just why they’re headlining, and Kip Moore was far and beyond one of those acts. Moore’s raspy vocals were delightfully smoky, and early highlights included the driving-beat, vocally-reaching “Crazy One More Time.” To Moore’s credit, the sold-out crowd was by no means fair-weather fans; Moore launched into his relatively unsuccessful first single, “Mary was the Marrying Kind,” which was met with cheers and a room singing lyrics right back at him.

Moore has a rock personality, a little bit outlaw, a little bit down-home, a little bit sexy, but Moore broke from his somewhat mysterious persona to comment on a fan’s dance moves, for example, letting out a wonderful laugh that could only be described as a giggle. Moore channelled the crowd’s energy in a way that only a seasoned performer can, starting high energy, mellowing into the simpler, stripped-down slow set while seated on a stool center-stage, then bringing the energy back up for a big ending and an encore including a duet with friend and colleague Jewel. 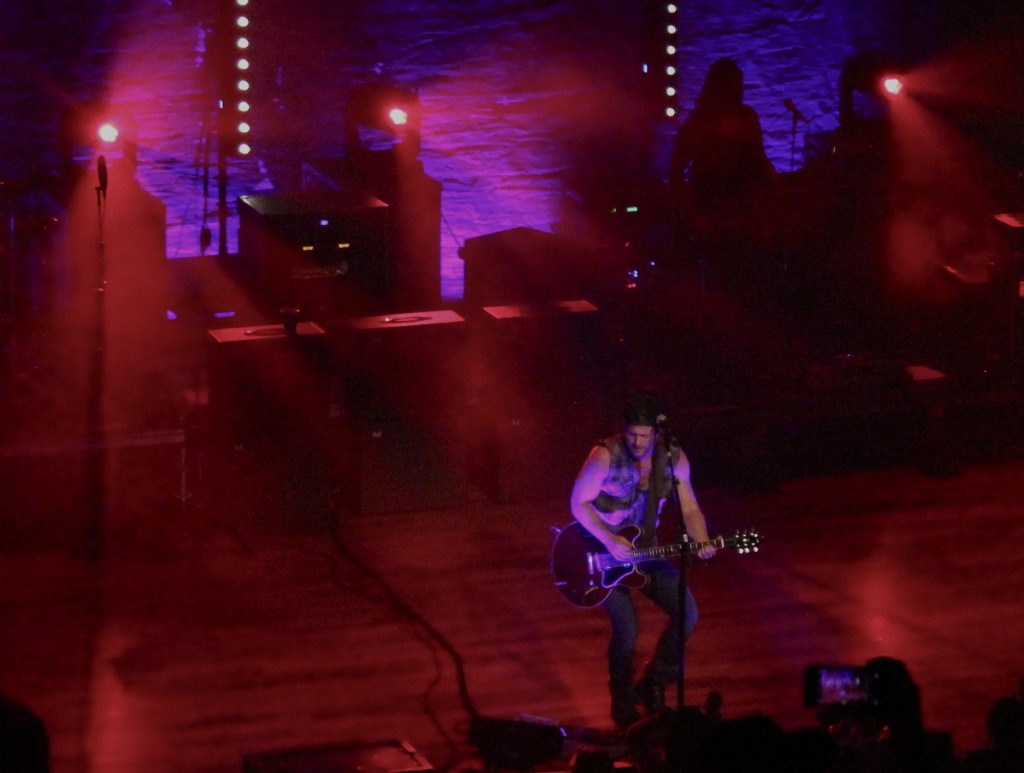 Moore is also a gifted stage-storyteller, taking a moment between songs in his mellower moments to have a heart-to-heart with his audience, briefly alluding to struggles with his label but thanking them in a way that, while clichéd performer-to-audience dialogue, felt completely sincere, expressing his gratitude for their continued support. He didn’t need to tell them; “sing along if you know it,” Moore quipped before launching into the third verse of “Everything But You,” and was met with a full auditorium singing the lyrics back at him, the look on his face reflecting a sense of genuine gratitude for and awe of his success. Singles like “Beer Money” and “Somethin’ Bout A Truck” did not disappoint, although rather than being the standouts you sat waiting for him to get around to, they fit in seamlessly with a set that was strong and engaging throughout.