Words from the Pros: Billy Montana on Finding the Song Idea 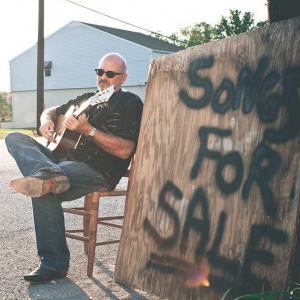 Words from the Pros: Billy Montana on Finding the Song Idea

‘Words from the pros’ is a monthly series featuring advice for up and coming songwriters straight from some of country’s finest.

From Billy Montana: It’s challenging to speak in general terms when speaking about the process of songwriting.  In fact, I have often said that the only rule in songwriting is that there are no rules!  That being said, we all continually look for ways, methods, clues, hints, pieces of advice, etc. to help us craft “better” songs – some nugget or suggestion that will maximize the end result of our labor of love.

There are many ingredients that go into the recipe of song creation, and all are completely necessary and one is no less important than another.  Melody, idea, hook, structure, heart, language . . . pick one.  It’s as important as the one sitting next to it.

Since this is the first in an upcoming series of suggestions and recommendations, probably the best place to start is at the beginning: for me, that’s “the idea.”  You need a good one to build a song on.  If your idea is good, once you get rolling, all you really have to do is keep the wheels on the track.  What is the idea?  Sometimes it’s the hook, but I’d say more times than not, it’s the concept (storyline.)  It’s hard to write a great song from a mediocre idea.  You struggle to make things make sense and often the song tends to slip away from you.  My experience shows that a solid idea allows you to spend more effort on color, description, “furniture.”

An example from my own writing experience is “More Than a Memory,” a song I wrote with Lee Brice and Kyle Jacobs in 2007 that Garth Brooks recorded and took to #1 in it’s first week.  The idea was Lee’s, that a girl was so unforgettable, so consuming, so incredible, she wasn’t just a memory, she was more than a memory.  Having such a solid foundation to build the rest of the song upon gave us the freedom to come up with strong images that completely reinforced the emotional state of the one who was describing how unforgettable, consuming and incredible the girl continues to be.

Now, I’m not suggesting that you not write a song if you think the idea isn’t quite up to snuff.  Write it. I heard a hall of fame songwriter give some advice many years ago that I’ve never forgotten.   He said you will have quite a few good ideas every year, but the great ideas are hard to come by – maybe 2 a year.  His advice was to always work hard to finish writing the good ideas so that when those precious few great ones come along, you’re trained and conditioned and in shape to close the deal – to bring the song home and make it the best it can possibly be.  This is a great practice to employ.  It’s why I write so many songs in a year – to stay “in shape” for when the great ideas reveal themselves.  You never know what day that’s going to be!

Steven King, the novelist, gives similar advice in his book, On Writing.  He tells how he would write at least 4 hours every day to keep his mind and skills sharp and creative.  Even though he’s writing novels, the concept applies to songwriting as well.  Write, write, write.

So where do any ideas come from?  You know the answer to that question:  everywhere!  Keep your radar on to pick up on things people say in ordinary conversation, lines in movies, titles of books, bumper stickers, other songs – you name it.  Reading is also a good practice to maintain or refill the creative cup.  I was in a meeting with a major label A & R rep and a sign behind her desk said, “You can’t write if you don’t read.”  I write so many songs in a year, I don’t have enough incredible, amazing experiences happen to me that are song worthy.  So, I look for things to spark ideas and storylines.

Songwriting is work.  Elbow grease.  Work to find the best ideas you can and then write, write, and write them the best you can.  Pan for them like they were gold, because sometimes they are.

Previous Post: Review: Lacy Cavalier’s latest single “Put You Down”
Next Post: Waterloo Revival Up Their Country Offering With “Bad For You” Video