Ever wondered what it’d be like to sit in the same room as your favorite artist – see how they hold their coffee cup, which songs they’d pull their phone out of their pocket to play for you, and what brings that enthusiastic light to their eyes?

Ever felt like a song was written just for you, and needed to know more about the people that wrote it?

Ever found an artist so good that you wouldn’t really get over it until every single one of your friends had heard your ten favorite songs (at least ten times, and they better love them)?

We’re a group of music lovers based in Nashville, TN (and our writers span the U.S., U.K., Canada, and Australia) that want to connect you with the artists and songs that backdrop or centerpiece your life story. Take a ride in the shotgun seat with your favorite artists and songwriters – we’re just the vehicle through which they share their stories. 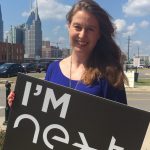 Annie graduated from New York University with a degree in Music Business, took a (theoretically brief) trip down to Nashville to launch The Shotgun Seat, and never went back to New York City. When she dies, she hopes heaven is a Scooter Carusoe / Jeremy Spillman / Tony Lane co-write. She was recently named a finalist by the Nashville Chamber of Commerce for the 2016 Next Nash Young Entrepreneur of the Year Award. She can be reached at annie@theshotgunseat.com. 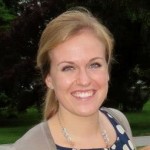 Natalie studied journalism at Indiana University and currently lives in Birmingham, Alabama, where she’s recently incorporated “y’all” into her everyday conversations. She still burns CDs, believes songs sound best in the car, and is patiently waiting for an invitation to Taylor Swift’s next girls’ night. Find her on Twitter @a_notefromNat or email natalie@theshotgunseat.com. 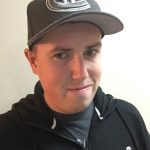 Colin graduated from The University of Regina with a degree in Business Administration. His passions include health and fitness, live country music and NHL hockey. Colin’s favorite country artists include Easton Corbin, Jon Pardi, Maren Morris and Eric Church. You can find him on Twitter @cbuchinski23.

Markus Meyer is a country music and hockey fan out of Victoria, British Columbia, Canada. His favorite artists include Brad Paisley, Eric Church, Jason Isbell, Zac Brown Band and Keith Urban. He covers the Vancouver Canucks of the National Hockey League for Last Word On Sports and The Hockey Writers, and is the founder of country music review site This Is Country Music. You can follow him on Twitter at @Markus_Meyer27. 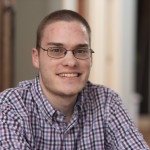 Kurt Trowbridge is a web developer and avid music fan who graduated from Michigan State University with a degree in arts and humanities. He also co-hosts Pop Unmuted, a podcast about pop music, plays the trombone, and contributes writing to Billboard in his spare time. 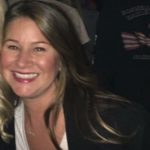 Lydia is a graduate of UMass Amherst with a degree is Sports Management. She’s a country music and live show addict who is a married mom of 3 in New York. Lydia loves the stories behind the songs and discovering new music. You can find her on Twitter @necountrygirl07 or Instagram lydiasimonetti.

Comments are closed, but trackbacks and pingbacks are open.