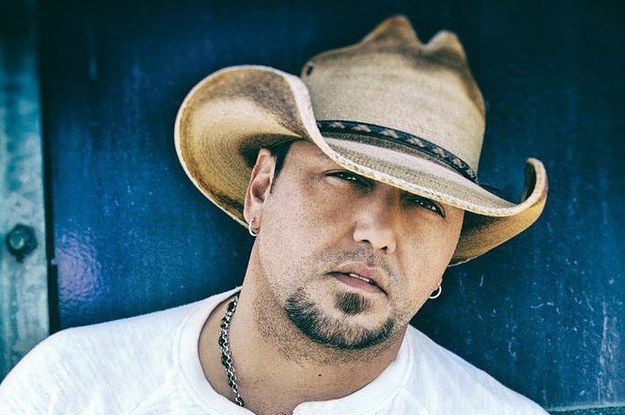 Let’s set one thing straight here. #1, platinum mega-smash “Burnin’ it Down” is far from an accurate representation of Jason Aldean’s sixth studio album Old Boots, New Dirt. The vast majority of this record is firmly planted in Aldean’s wheelhouse of tender, slightly rock-tinged ballads, and organic barn raisers, making for yet another solid album from Aldean.

Now, Old Boots, New Dirt is not a perfect album. “Sweet Little Somethin'” is yet another in the long line of woman objectification songs, and the production is nothing special. “Laid Back” is an obnoxious backwoods bro-song that shows nothing in the way of creativity or originality, and the aforementioned “Burnin’ it Down,” while not bad as a pop song, has no place on anything marketed as country music.

Despite those three missteps, this is very strong album. “Tonight Looks Good on You” may be on the bro-side of things, but its melancholic vibe and sultry melody make it halfway enjoyable. Likewise, “Just Gettin’ Started” is nothing special lyrically, but the structure, melody and production make it an above average tune.  “Gonna Know We Were Here” may present itself as a run-of-the-mill party romper, but is actually about leaving your mark on a town, even if you’re no longer there (though I will say that I wish the song focused less on the partying aspect, and took in the same direction as say, “Tattoos on This Town.”)

What I always admire in Jason Aldean is his balance within albums. Sure there will be the party jams, but there are always songs that have more depth and meaning. This record is no different, as pretty well the entire second half of the album encompasses songs of more sentiment than the first half. “Too Fast” is an excellent lyric about slowing down, and actually appreciating your life. “I Took it With Me” is another better-than-average song about taking everything that made you who you are with you, even when you go. “Show You Off” is very much similar to the top 30 Dan+Shay hit of the same name, which isn’t a bad thing seeing how heartfelt that song is. “If My Truck Could Talk” is about a man admitting to his faults by saying how he’d have to destroy his truck if it could talk, a welcome change from all the truck-worshiping songs we’ve had to hear throughout the past half-decade. “Don’t Change Gone” and the equally stupendous “Miss That Girl” show off the sincerity that Jason does so well without coming off as sappy, and Aldean sounds fittingly refreshed on “Old Boots, New Dirt” a top-notch song about getting a fresh start.

There are two songs that tower above the rest: “Tryin’ to Love Me” and “Two Night Town.” The former is a tear jerking ballad about a man who realizes his mistakes after a breakup, and just how much he regrets them now. “Two Night Town” is classic country with electric guitar tones to fit the haunting nature of the song. It’s a thoughtful and personal song that fits seamlessly into Aldean’s somewhat limited vocal range. Both of these easily rank among his bets work to date.

Does Old Boots, New Dirt reach the elite heights of My Kinda Party, or even Wide Open? No, it doesn’t. But it’s yet another solid album from one of the most consistently good artists in mainstream country music. Thumbs up Jason!

Previous Post: Dan + Shay Rock Nashville’s Cannery Ballroom
Next Post: “The Swon Brothers” Is the Start to a Promising Career