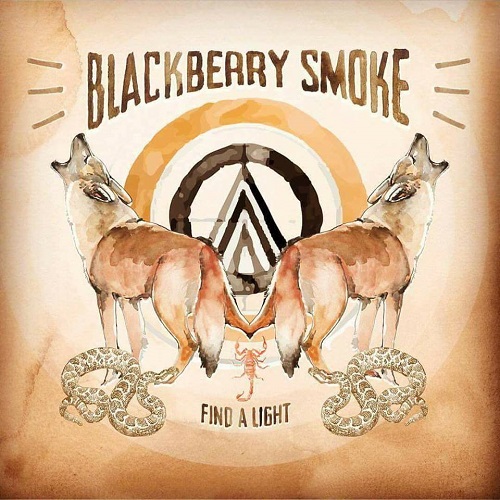 For a Southern rock group, Blackberry Smoke have proven that they can tackle a pure Country song with ease in the past. Songs such as “Too High” and “The Good Life” are testaments to this, and their brand new song “Let Me Down Easy” is another fine addition to their catalog.

Written by band leader Charlie Starr and Keith Nelson, “Let Me Down Easy” sees the band going in a different direction from their previous singles thus far on their forthcoming album, Find A Light. “Flesh and Bone” saw the band tackling a bluesy swampy edge, and “Best Seat In The House” felt like a lighter throwback to their earlier albums. “Let Me Down Easy,” on the other hand, is one of the band’s most vulnerable songs, with rollicking country and folk vibes that are easy to enjoy despite the gloom surrounding it.

Starr delivers an impeccable vocal performance as he prepares himself for a breakup. There’s an ache in his delivery, as if he knows he’s not strong enough to actually face the terrible news. Still, he effectively maintains his composure and wishes his lover all the best, showcasing a strong sense of maturity. Amanda Shires steps in to delivery some wonderful, airy harmony, effectively showcasing the chemistry between the two singers.

With three unique pre-release tracks released thus far, it’s safe to say that the band’s new album will likely be their most adventuresome and eclectic offering yet. Find A Light will be released April 6th, but for now, make sure to catch the band on tour here and pre-order the album here.