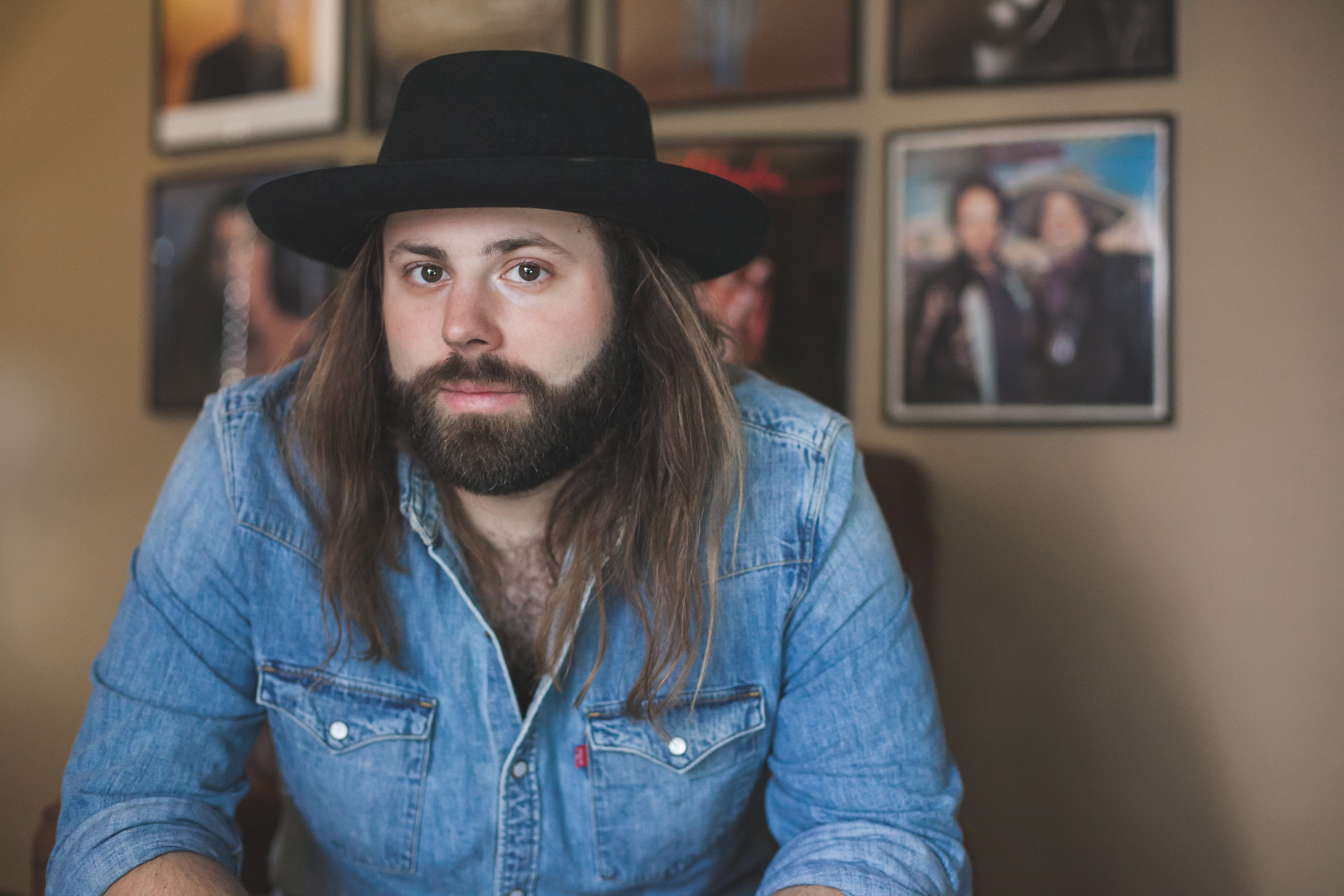 If you’ve got a rock heartbeat rhythm and a country soul, CJ Solar is the musical answer you’ve been waiting for. And if you’ve managed to catch him live, you know he and his band blow the walls off any room they’re playing. For those present last Tuesday night at Nashville’s intimate rock club The Basement, Solar’s rock gospel was reinforced. For those at home, there’s his newest EP: No Sleep Till Nashville, a five-track offering recorded live at the Wildhorse Saloon.

“I was pretty excited,” Solar says.

The long-haired Baton Rouge native is, in a word, chill – his onstage energy yields to an easygoing demeanor when the lights fade. It’s a dynamic that contributes, one imagines, to his presence in the writing room: a penchant for bold energy paired with a reflective side, yielding the bombastic “Tall Boy” or somber “A Little More Time.”

Solar is all energy on his latest, which features a sampling from his debut EP along with a cover, “Gone / Whole Lotta Love,” and a sort-of-cover, a recording of his song “Blue Bandana” that was originally released by Jerrod Niemann. “I’m really excited to have a version of that out ’cause I love Jerrod’s version,” Solar shares, “But I always have people asking, ‘Where’s your version?'”

The other covers come from favorites of his and the band’s. “We’ve been going with the ‘Whole Lotta Love’ thing for a while and that’s just always fun,” he says. “I love ‘Gone’ by Montgomery Gentry – Jeffrey Steele and Bob DiPiero wrote that and I love both of those guys, so that one was cool.” Last week, Solar’s Mardi Gras set (replete with king cake and custom beads) also included a southern-rock-infused “Champagne Supernova” medley with “Blue Bandana.”

Solar’s had plenty of time to hone his live sound. His last year has consisted of numerous hours logged traveling the country, opening for the likes of The Cadillac Three and Whiskey Myers, whose southern rock flavors chart a similar course to Solar’s. And when he’s not on the road, he’s blowing stuff up – literally.

“The most redneck thing we ever did growing up was pouring diesel down an old dead tree and shooting it until it fell over,” the singer says. His new video for single “Just Another Day In The Country” is similarly focused, with Solar, friends, and a James Dean cutout hanging in the country (though no dead trees were ignited.)

What is igniting is his connection with fans, more and more of whom are singing his lyrics back to him at shows. Solar also recently landed on Billboard’s Country Indicator chart, which sources radio. “It’s cool to have stations and have DJs and program directors that take chances on new artists and believe in new artists,” Solar shares. “One of the coolest things is I know all these guys, I’ve gotten to meet a lot of the people [at these stations]. It’s just cool to have people at least give it a shot.”

Check CJ Solar out on iTunes, and take a listen to the new EP below.

Previous Post: Josh Gracin Is Back At It with Feel-Good EP ‘Nothin’ Like Us, Pt. 1’
Next Post: Cam Gives Fascinating and Empowering TEDx Talk: “Life Is Tough. Music Can Help”