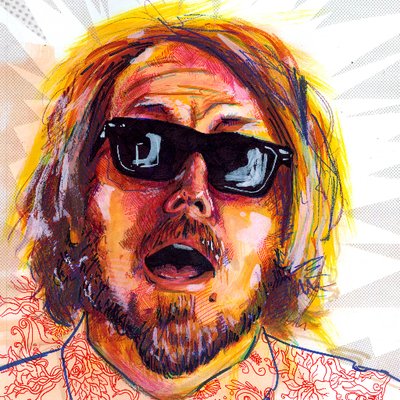 Like many Nashville songwriters, Luke Dick has found a unique way to spin stories, change the narrative, and write meaningful music. During a chat with The Shotgun Seat, he explained how although pushing the envelope and writing invigorating music is his M.O., he doesn’t necessarily set out to challenge the genre. He simply feels most happy with his work when it excites him. As a writer, in a time where what hits big commercially isn’t always the most creative or artistic song, he pulls from his own experience and what he would want to hear.

“That’s what I’m going for every time, to make music that makes me excited,” he says. “You have to have fun every day because I’m getting to write songs for a living and it’s kind of cushy in its own way.” Dick also recognizes that not every session produces a stellar song: “I don’t have to haul hay, every day you are not going to have something that somebody’s going to want to cut, but you are sort of waiting for those days then you really, really get excited.”

Dick references Charlie Worsham’s latest LP, The Beginning of Things, where he was a co-writer on 2 tracks. “I think it’s traditional in some ways but it can be seen as experimental by country radio standards, so it’s kind of an uphill battle to get that sound out there.” Proving his versatility, the two songs on Worsham’s album couldn’t be more different. “Birthday Suit,” which he wrote for a side punk band he plays for, surprisingly garnered interest from two artists (Worsham beat out Jake Owen for the honor). The track, fittingly about being naked and living freely, is a complete switch from “Southern By the Grace of God,” a co-write with Worsham and Shane McAnally.

Dick expressed the vibe in the room the day “Southern by the Grace of God” was written: “Charlie started bouncing his interpretation of his life in the Delta off of me and Shane, and we then kind of came up with images from where we were raised. Shane was raised in the middle of Texas and after The Red Dog, I was raised in the middle of the country in a small town. We went swimming in our cattle tank, so those are the kind of images that we wanted to pull up for what we enjoyed so much about our youth and the culture that we grew up in.” The song is a testament to your roots, and the three writers blended their childhood experiences to create an amazing song.

Looking back at the way he grew up, Dick did not have a typical childhood. His father, a patron at The Red Dog, a topless strip bar in Oklahoma City, left his mother a few weeks after he was born.  Until he entered kindergarten, Dick spent his time with his mother there, and the patrons and employees became family. “Amidst all of the wild antidotes, I feel that Red Dog is really a story about parenthood,” he says. An unusual and mostly taboo subject becomes the star in his documentary, Red Dog. What started out as a conversation about the life his mother led before he could remember it turned into an outlet for stories and conversation about an unusual but real-life decision. “It’s real, the same reason why people like Breaking Bad and Sons of Anarchy. You get a glimpse into that kind of life. Most people don’t want to grow up that way, but it’s interesting to see how it was and to take something from it.”

“Despite the many tragedies that happened throughout the stories from the characters, there is hopefulness in it,” he expresses, explaining that after she left her job at the strip club, his mother went on to get her GED, build a home, find love and raise two kids. She now enjoys spending time her with her grandkids. Red Dog is in the final stages of production and will be finished in about a year. Dick plans to take it to film festivals first, and he’s thrilled at the already-overwhelming response to the project.

As a songwriter and an overall creative person, Dick has the ability to change his vision for each new project, keeping things fresh and unique. He is the same songwriter who can write “Kill A Word” for Eric Church as well as “Pink Sunglasses” for Miranda Lambert. “You take Miranda for instance – she’s a great artist – you’ve got her putting out “Pink Sunglasses,” but also she’s the artist that put out “Automatic” and “The House That Built Me,” he explains. “I feel like you want to be well-rounded as a songwriter, an artist, and a person, let that shine in your creativity.”