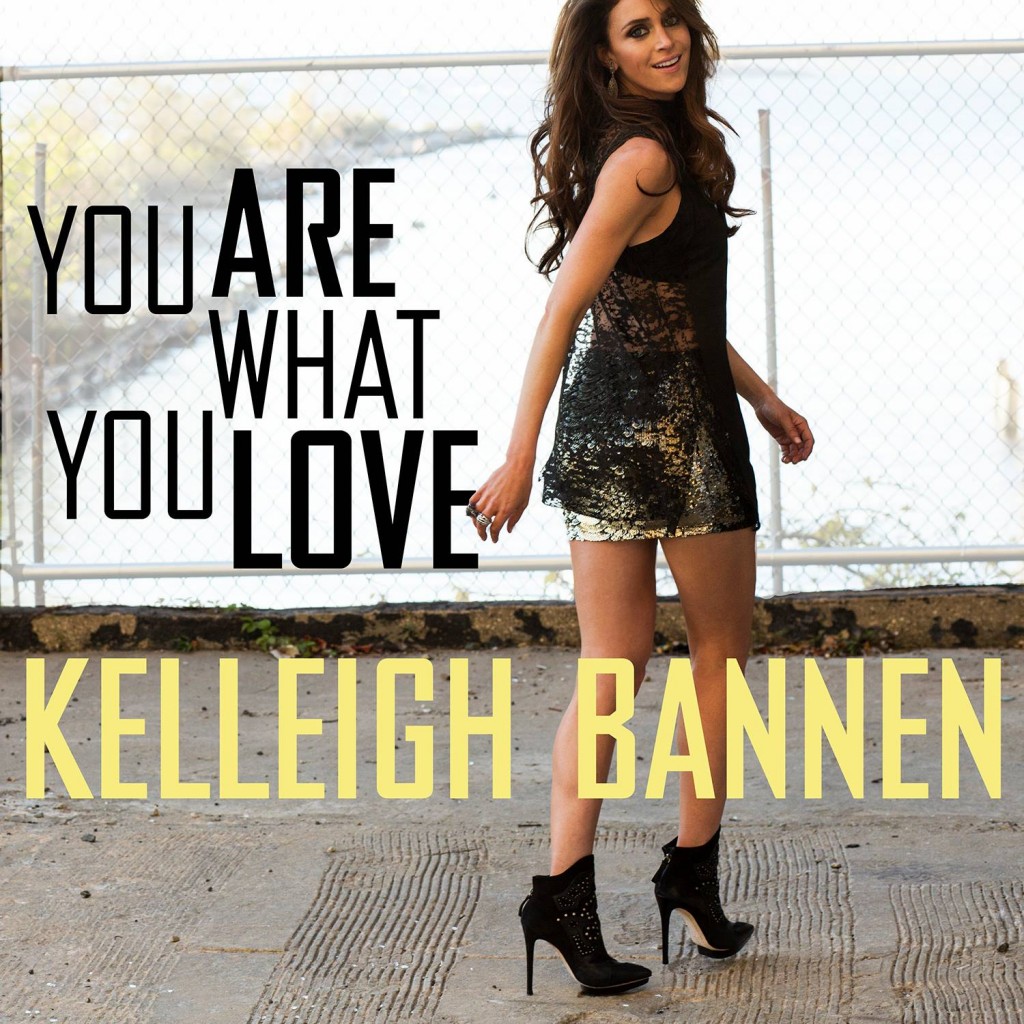 Yet another strong contender as the answer to country’s female dilemma: Kelleigh Bannen.  That subtle rasp, genuine authenticity and raw vocal abilities have most recently earned Bannen a spot on SiriusXM The Highway’s ‘Fresh Female Voices.”.  Bannen’s new single will have you driving fast with the windows down thinking about everything you ‘love.’

Having toured with Luke Bryan as an opening act on his Dirt Road Diaries tour last year, Bannen has experienced some career highlights as an EMI Nashville recording artist, but we’re still waiting on her impending breakout.  Although she is expected to release an album sometime in the near future (which we hope will include “Church Clothes,” and “Somebody’s Hometown“), with such memorable singles as “Sorry On the Rocks,” and “Famous,” her latest release, “You Are What You Love” is her most “country”  sounding release to date.

Having co-written the song with Jaren Johnston and Jenn Schott, Bannen is the rare type of artist who writes nearly all of the songs she sings.  With the flavor she sings into the melody, as soon as the twangy guitar lick chimes in, you will be singing along to this hard-to-get-out-of-your-head anthem.

Wordy alliterations paired with realistic imagery instantly put you in a summer mood regardless of the season.  Freely, Bannen sings, “I’m a blue moon, fresh popped top/With an orange tucked in sip-sippin every drop/Chillin’ on ice on a cool summer day/I’m a sundress in a CJ7/Drive top yellow, engine revin’/Down an old beach road that ain’t never been paved.”  The song’s message is revealed throughout the chorus, with such lines as “Hey, hey you are what you love/Life’s too short not too live it up.”

Bannen brings a certain nostalgia to the genre.  The same way the Dixie Chicks became the voice to 90’s country music, we have a feeling Kelleigh Bannen could do the same for our generation.  You can’t even begin comparing Bannen’s voice to anyone else out there right now.  As soon as she sings a note, it is undeniable that there is nothing fabricated about her.  While we’re at it, let’s just label her one soon-to-be Female Vocalist of The Year contender.

“You Are What You Love” is now available on iTunes.